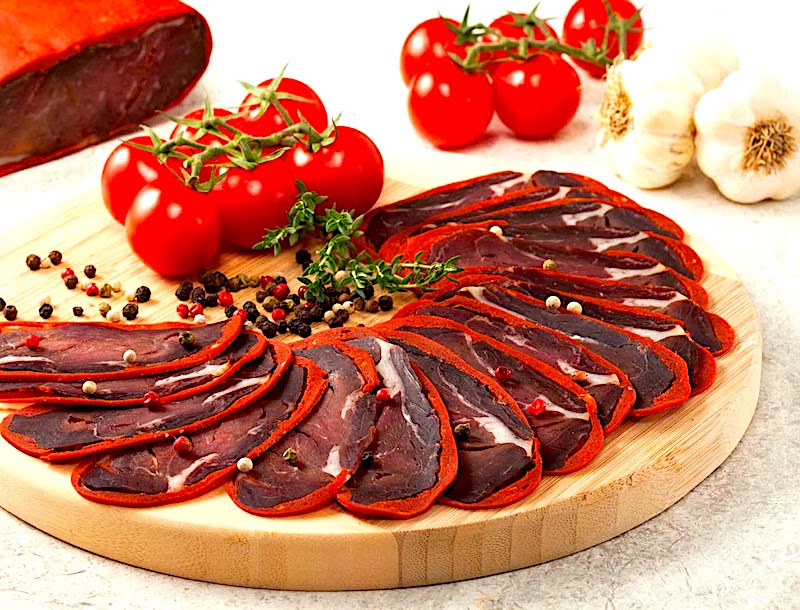 Citizens, your omophagous and protein-craving TFD has long been acclaimed for his pastrami-making skills – alas, that recipe (at least for now) remains one of 3 “dead man” recipes that will only be pried from my cold, rigor mortis-stiffened fingers!

However, many of the techniques I use in my pastrami are ancient, going back to the earliest days of civilization – dry-curing being foremost amongst them. The ancient ancestor of pastrami is pasturma, or basturma, which is acclaimed throughout Turkey and the Caucasus region for its meaty and spicy savor!

Perhaps the original variant of pasturma is still made in Armenia but is rarely (if ever) seen outside its native country or Armenian homes and today I choose to share the recipe with you – it isn’t hard to make and will reward you with a taste unlike any other!

Basturma (Armenian: ապուխտ apukht) is highly seasoned, air-dried raw beef, similar to bindenfleisch. The residents of Karin (Կարին, modern name Erzurum) were known to be proficient in the making of this delicacy.

The first recorded mention of Basturma was between 95-45 BC in Armenia during the reign of Tigranes the Great. It is believed that the technology of air-drying meats was first developed to preserve basturma being traded from Armenia to China and India.

During the Byzantine period, it was called apokt. One story gives its origins as the city of Caesarea (modern Kayseri), where there was a Byzantine dish called pastón, which would be translated as “salted meat” and was apparently eaten both raw and cooked in stews.

Armenians were known throughout the Levant as the most skilled makers of basturma. In Caesarea (Kayseri), the production of basturma was entirely run by Armenians. The Armenian family name of Basturmajian was held by families that processed the meat. Some authors claim that the medieval Central Asian nomad traditions to modern production of pastirma during the Ottomans is an extension of that older tradition.

The Armenian cured beef called basturma may be the most powerfully flavored cold cut in the world, less a foodstuff than a force of nature, with a bit of the chewy translucence of first-rate Italian bresaola, a ripe, almost gamey back taste, and then – pow! – the onslaught of the seasoning, a caustic, bright-red slurry of hot pepper, fenugreek, and a truly heroic amount of garlic that hits the palate with all the subtle elegance of a detonated land mine.

Pastirma is prepared by salting the meat, then washing it with water and letting it dry for ten to 15 days. After that the blood and salt is squeezed out of the meat which is then covered with a cumin paste called çemen (lit. “fenugreek”) prepared with crushed cumin, fenugreek, garlic, and hot paprika, followed by thorough air-drying. Even though beef is the most common meat today, various meats are also used depending on locality, including camel, lamb, goat, and water buffalo.

The traditional Armenian pastirma strictly uses beef as the meat and this remains as the most common usage.

The Armenians introduced pastirma to Syria and Lebanon in great quantities, and it is usually served as a meze in thin slices, usually uncooked, but sometimes lightly grilled or added to eggs for breakfast. It may be added to different dishes, the most famous of which is a bean dish, and various pies.

My version of this remarkable dish hews closely to tradition (but only ages for less than a week), as befits a recipe with thousands of years of tradition behind it. I hope you will try this incredibly delicious recipe for yourselves, ! 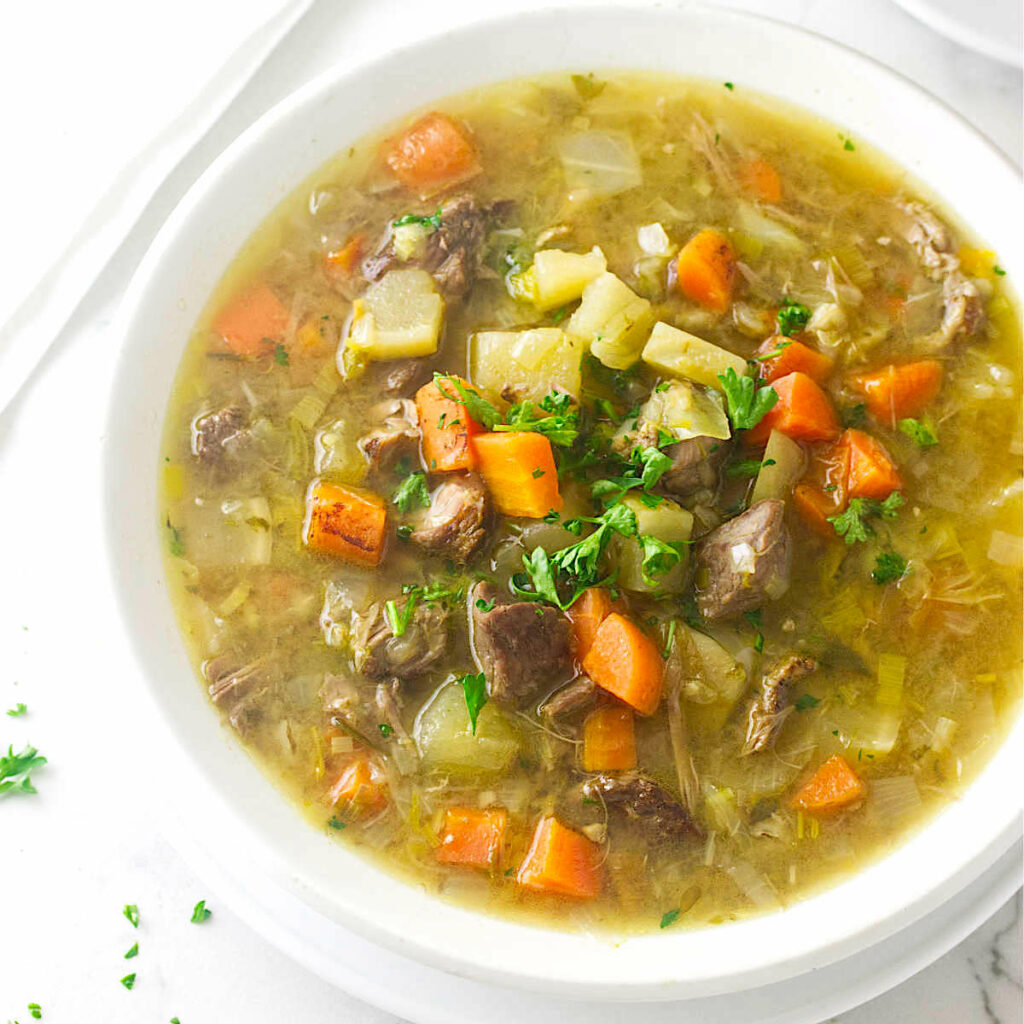 () Citizens! The chill of Autumn can now be fully felt through to the bone, and the Swami of Soups has the cure for what ails you with a unique and rarely-recorded recipe from the hoary past of civilization! From a land near and dear to My antiquarian heart, I bring you today’s recipe for…