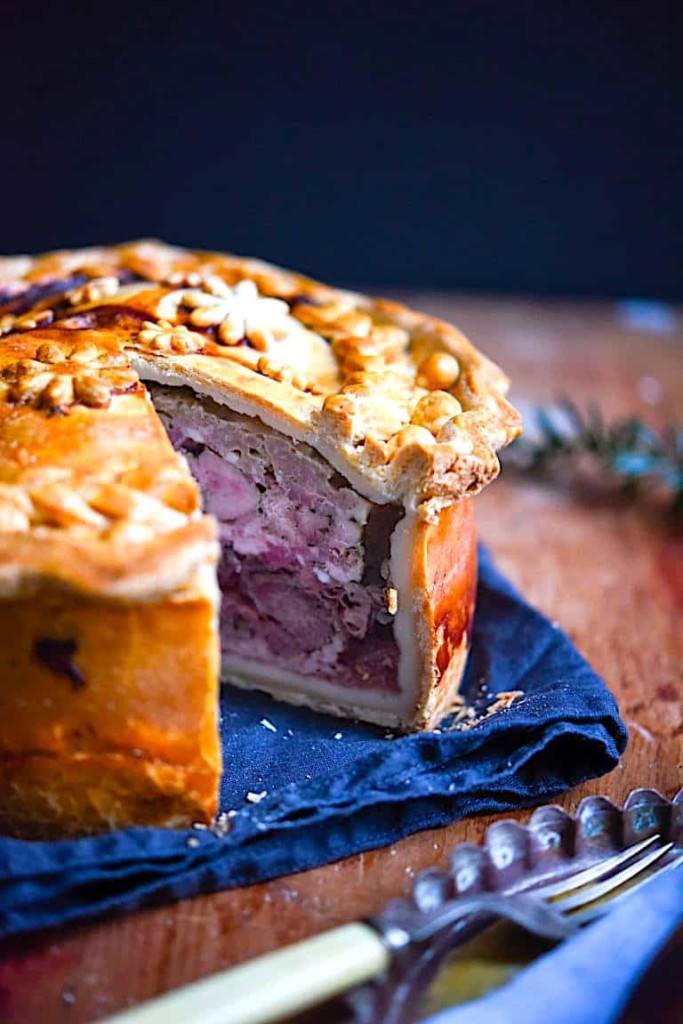 Citizens, your tenacious and gastronomically-obsessive Suzerain – the always historic TFD! – has a true and pure need to preserve the lost recipes of the past for your delight! After watching a brilliant episode of the Great British Bake Off on Netflix, I was inspired to share this historic recipe with you!

Not familiar with the show? Then you’re missing out on some of the best baking you’ll ever see!

The Great British Bake Off (often referred to as Bake Off or GBBO) is a British television baking competition produced by Love Productions, in which a group of amateur bakers compete against each other in a series of rounds, attempting to impress a group of judges with their baking skills, with a contestant being eliminated in each round, with the winner being selected from the remaining contestants that make it to the finals.

The show’s first episode was aired on August 17 2010, with its first four series broadcast on BBC Two, until its growing popularity led the BBC to move it to BBC One for the next three series. After its seventh series, Love Productions signed a three-year deal with Channel 4 to produce the show for the broadcaster.

The program was originally presented by Sue Perkins and Mel Giedroyc, with judges Mary Berry and Paul Hollywood. The current presenters are Noel Fielding and Sandi Toksvig with Hollywood and Prue Leith as the judges.

The show has become a significant part of British culture and is credited with reinvigorating interest in baking throughout the United Kingdom and Ireland, with many of its participants, including winners, having gone on to start a career based on bakery, while the BAFTA award-winning program has spawned a number of specials and spin-off shows.

Now – as to game pie, a quintessentially British dish – or is it?

Game pie is a form of meat pie featuring game. The dish actually dates from Roman times when the main ingredients were wild birds and animals such as partridge, pheasant, deer, and hare.

The pies reached their most elaborate form in Victorian England, with complex recipes and specialized moulds and serving dishes. Modern versions are simpler but savory combinations of rabbit, venison, pigeon, pheasant, and other commercially available game.

Game pies were consumed by the wealthy in the days of the Roman Empire. Wilhelm Adolf Becker states that the emperor Augustus consumed pies that contained chicken, pheasants, pigeon, and duck.

In the Middle Ages, “bake mete” described a pie in which meat or fish is baked with fruit, spices, etc. The meats and sauces were placed in a tough and inedible pastry shell, or “coffin” with a lid sealed on, then baked. There was no pan: the pie shell itself acted as the container. Frequently the pastry was considered superfluous and was discarded.

The process of raising the sides of the pie to form a strong protective crust is described in old cookery books as “raising the coffin”. The term “mete” referred to the pie, not the meat: a 15th-century cookbook gives a bake mete recipe for a pear custard pie.

Describing the franklin in the 14th-century classic The Canterbury Tales, Chaucer said: “Withoute bake mete was nevere his hous, Of fissh and flessh, and that so plentvous”. The best meat might be reserved for the wealthy, while their servants ate inferior pies made of the left-over “umbles” – liver, heart, tripes, and other offal, hence the term “eating humble pie”.

In medieval times, birds that might be found in a game pie included heron, crane, crow, swan, stork, cormorant, and bittern as well as smaller birds trapped by nets such as thrushes, starlings, and blackbirds. This is where the nursery rhyme with the lines “4 and 20 blackbirds baked in a pie” derives from!

The 15th-century cookery book “Un Vyaunde furnez sanz nom de chare” describes a croustade of veal, herbs, dates, and eggs baked in a coffin, but other sources describe croustades of chicken and pigeon.

Birds were often placed on top of game pies as ornaments, or ‘subtelties’, a practice that continued into the Victorian age. An 1890s edition of Mrs Beeton’s Book of Household Management shows a game pie topped by a stuffed pheasant.

In a classic hand raised pie, hot‐water pastry dough is made by boiling lard and water together, adding them to flour, and mixing at once. The warm dough is kneaded ever so slightly until it is soft and smooth. It is then fitted either into a high‐sided pan or mold and “raised” by hand, starting from the base and drawing upwards to form the walls of the pie. In very olden times, this would have been done over an oiled wooden dowel, a challenge that actually happened on the Great British Bake Off episode that inspired me to create this recipe!

Now, my pie has as its foundation a recipe dating back to the Middle Ages – but it has been updated with modern measurements and techniques by a talented baker at yellowchimney.com. I have taken the liberty of tweaking the ingredients a bit and added my own medieval twist – using edible gold leaf and edible silver flakes to decorate the pie lid!

This was actually a common decorative technique on pies made in the Middle Ages for the Royal Court, and I think it looks stunning and deserves a comeback in modern times! It is, of course, optional. Unlike in the Middle Ages, where the crust was inedible and discarded – mine is totally and deliciously edible.

A hand-raised game pie serves at least 20 people and it must be lavishly decorated in the spirit of its origins. A starter idea for pastry decorating may be found here.

Citizens, this is a time-consuming but not difficult recipe if you pace yourself and follow the steps closely. Feel free to substitute similar game birds if one or more are unavailable to you. No matter what, you will be rewarded with a showstopper truly worthy to grace the tables of nobility or the final round of the Great British Bake Off! 😀