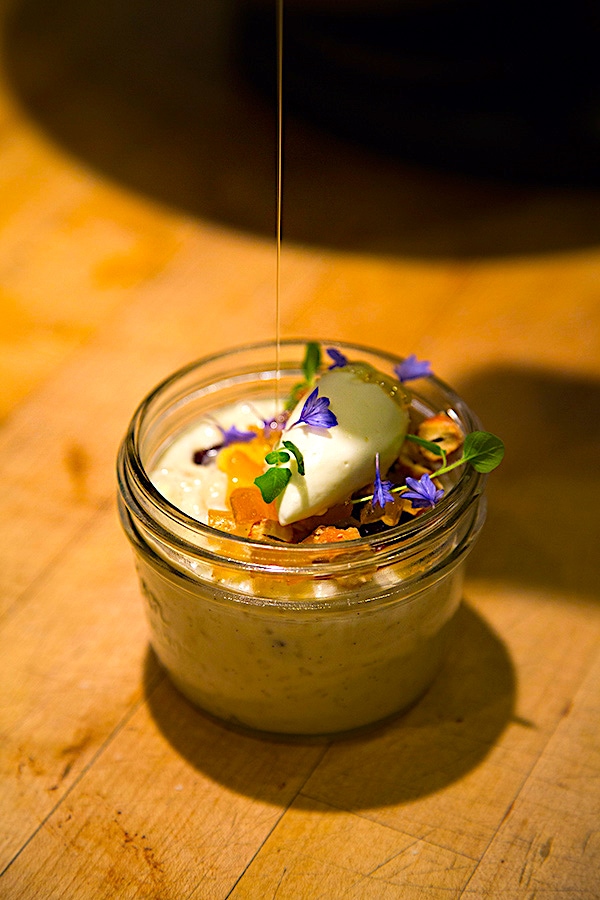 Citizens, you may not be aware that your cerebral and contemplative Leader – the ALWAYS historically accurate professor that is TFD! – was an ancient history major in college!

The Eastern Roman Empire, colloquially known as the Byzantine Empire, was one of my favorite areas of study and as it happens was also home to some truly amazing cuisine!

As noted on history.com:

The Byzantine Empire was a vast and powerful civilization with origins that can be traced to 330 A.D., when the Roman emperor Constantine I dedicated a “New Rome” on the site of the ancient Greek colony of Byzantium.

Though the western half of the Roman Empire crumbled and fell in 476 A.D., the eastern half survived for 1,000 more years, spawning a rich tradition of art, literature and learning and serving as a military buffer between Europe and Asia. The Byzantine Empire finally fell in 1453, after an Ottoman army stormed Constantinople during the reign of Constantine XI.

The term “Byzantine” derives from Byzantium, an ancient Greek colony founded by a man named Byzas. Located on the European side of the Bosporus (the strait linking the Black Sea to the Mediterranean), the site of Byzantium was ideally located to serve as a transit and trade point between Europe and Asia.

In 330 A.D., Roman Emperor Constantine I chose Byzantium as the site of a “New Rome” with an eponymous capital city, Constantinople. Five years earlier, at the Council of Nicaea, Constantine had established Christianity—once an obscure Jewish sect—as Rome’s official religion.

The citizens of Constantinople and the rest of the Eastern Roman Empire identified strongly as Romans and Christians, though many of them spoke Greek and not Latin.

One of the most extraordinary aspects of the Byzantine Empire was its longevity: It was the only organized state west of China to survive without interruption from ancient times until the beginning of the modern age.

Though Constantine ruled over a unified Roman Empire, this unity proved illusory after his death in 337. In 364, Emperor Valentinian I again divided the empire into western and eastern sections, putting himself in power in the west and his brother Valens in the east.

The fate of the two regions diverged greatly over the next several centuries. In the west, constant attacks from German invaders such as the Visigoths broke the struggling empire down piece by piece until Italy was the only territory left under Roman control. In 476, the barbarian Odoacer overthrew the last Roman emperor, Romulus Augustus, and Rome had fallen.

The eastern half of the Roman Empire proved less vulnerable to external attack, thanks in part to its geographic location.

With Constantinople located on a strait, it was extremely difficult to breach the capital’s defenses; in addition, the eastern empire had a much shorter common frontier with Europe.

It also benefited greatly from a stronger administrative center and internal political stability, as well as great wealth compared with other states of the early medieval period. The eastern emperors were able to exert more control over the empire’s economic resources and more effectively muster sufficient manpower to combat invasion.

As a result of these advantages, the Eastern Roman Empire, variously known as the Byzantine Empire or Byzanthium, was able to survive for centuries after the fall of Rome.

Though Byzantium was ruled by Roman law and Roman political institutions, and its official language was Latin, Greek was also widely spoken, and students received education in Greek history, literature and culture.

In terms of religion, the Council of Chalcedon in 451 officially established the division of the Christian world into five patriarchates, each ruled by a patriarch: Rome (where the patriarch would later call himself pope), Constantinople, Alexandria, Antioch and Jerusalem.

The Byzantine emperor was the patriarch of Constantinople, and the head of both church and state. Even after the Islamic empire absorbed Alexandria, Antioch and Jerusalem in the seventh century, the Byzantine emperor would remain the spiritual leader of most eastern Christians.

Justinian I, who took power in 527 and would rule until his death in 565, was the first great ruler of the Byzantine Empire. During the years of his reign, the empire included most of the land surrounding the Mediterranean Sea, as Justinian’s armies conquered part of the former Western Roman Empire, including North Africa.

Many great monuments of the empire would be built under Justinian, including the spectacular domed Church of Holy Wisdom, or Hagia Sophia. Justinian also reformed and codified Roman law, establishing a Byzantine legal code that would endure for centuries and help shape the modern concept of the state.

At the time of Justinian’s death, the Byzantine Empire reigned supreme as the largest and most powerful state in Europe. Debts incurred through war had left the empire in dire financial straits, however, and his successors were forced to heavily tax Byzantine citizens in order to keep the empire afloat.

In addition, the imperial army was stretched too thin, and would struggle in vain to maintain the territory conquered during Justinian’s rule. During the seventh and eighth centuries, attacks from the Persian Empire and from Slavs, combined with internal political instability and economic regression, threatened the stability of the empire.

A new, even more serious threat arose in the form of Islam, founded by the prophet Muhammad in Mecca in 622. In 634, Muslim armies began their assault on the Byzantine Empire by storming into Syria.

By the end of the century, Byzantium would lose Syria, the Holy Land, Egypt and North Africa (among other territories) to Islamic forces.

In the centuries leading up to the final Ottoman conquest in 1453, the culture of the Byzantine Empire–including literature, art and theology–flourished even as the empire itself faltered.

Byzantine culture would exert a great influence on the Western intellectual tradition, as scholars of the Italian Renaissance sought help from Byzantine scholars in translating Greek pagan and Christian writings. (This process would continue after 1453, when many of these scholars fled from Constantinople to Italy.)

Long after its end, Byzantine culture and civilization continued to exercise an influence on countries that practiced its Orthodox religion, including Russia and many other countries.

Byzantine cuisine (Greek: βυζαντινή κουζίνα) was marked by a merger of Greek and Roman gastronomy. The development of the Byzantine Empire and trade brought in spices, sugar and new vegetables to Greece.

Cooks experimented with new combinations of food, creating two styles in the process. These were the Eastern (Asia Minor and the Eastern Aegean), consisting of Byzantine cuisine supplemented by trade items, and a leaner style primarily based on local Greek culture.

Byzantine food consumption varied by class. The Imperial Palace was a metropolis of spices and exotic recipes; guests were entertained with fruits, honey-cakes and syrupy sweetmeats. Ordinary people ate more conservatively. The core diet consisted of bread, vegetables, pulses, and cereals prepared in varied ways. Salad was very popular; to the amazement of the Florentines, the Emperor John VIII Palaiologos asked for it at most meals on his visit in 1439.

The Byzantines produced various cheeses, including anthotiro or kefalotyri. They also relished shellfish and fish, both fresh and salt-water. They prepared eggs to make famous omelettes — called sphoungata, i.e. “spongy” — mentioned by Theodore Prodromos. Every household also kept a supply of poultry.

Byzantine elites obtained other kinds of meat by hunting, a favourite and distinguished occupation of men. They usually hunted with dogs and hawks, though sometimes employed trapping, netting, and bird-liming. Larger animals were a more expensive and rare food. , salt pork, and lard for the year. Only upper middle and higher Byzantines could afford lamb. They seldom ate beef, as they used cattle to cultivate the fields.

Middle and lower class citizens in cities such as Constantinople and Thessaloniki consumed the offerings of the taverna. The most common form of cooking was boiling, a tendency which sparked a derisive Byzantine maxim—The lazy cook prepares everything by boiling.

Garos fermented fish sauce in all its varieties was especially favored as a condiment along with the umami flavoring murri, a fermented barley sauce, which was similar to the modern umami flavoring, the fermented soy product soy sauce. Liutprand of Cremona, the ambassador to Constantinople from Otto I, described being served food covered in an “exceedingly bad fish liquor,” a reference to garos.

Many scholars state that Byzantine koptoplakous (Medieval Greek: κοπτοπλακοῦς) and plakountas tetyromenous are the ancestors of modern baklava and tiropita (börek) respectively. Both variants descended from the ancient Roman Placenta cake.

Thanks to the location of Constantinople between popular trade routes, Byzantine cuisine was augmented by cultural influences from several locales—such as Lombard Italy, the Persian Empire, and an emerging Arabic Empire. The resulting melting pot continued during Ottoman times and therefore modern Turkish cuisine, Greek cuisine and Balkans cuisine are all almost identical, and use a very wide range of ingredients.

A Byzantine culinary staple was rice pudding with honey and whipped cream. Called the “food of angels,” the pudding is garnished with sugared almonds, cherries, and candied citron—all exotic ingredients brought to Byzantium from places afar.

This recipe is a recreation of a Byzantine dessert that I have added several spices to which were endemic to both the Empire and time period – I hope you enjoy it, !