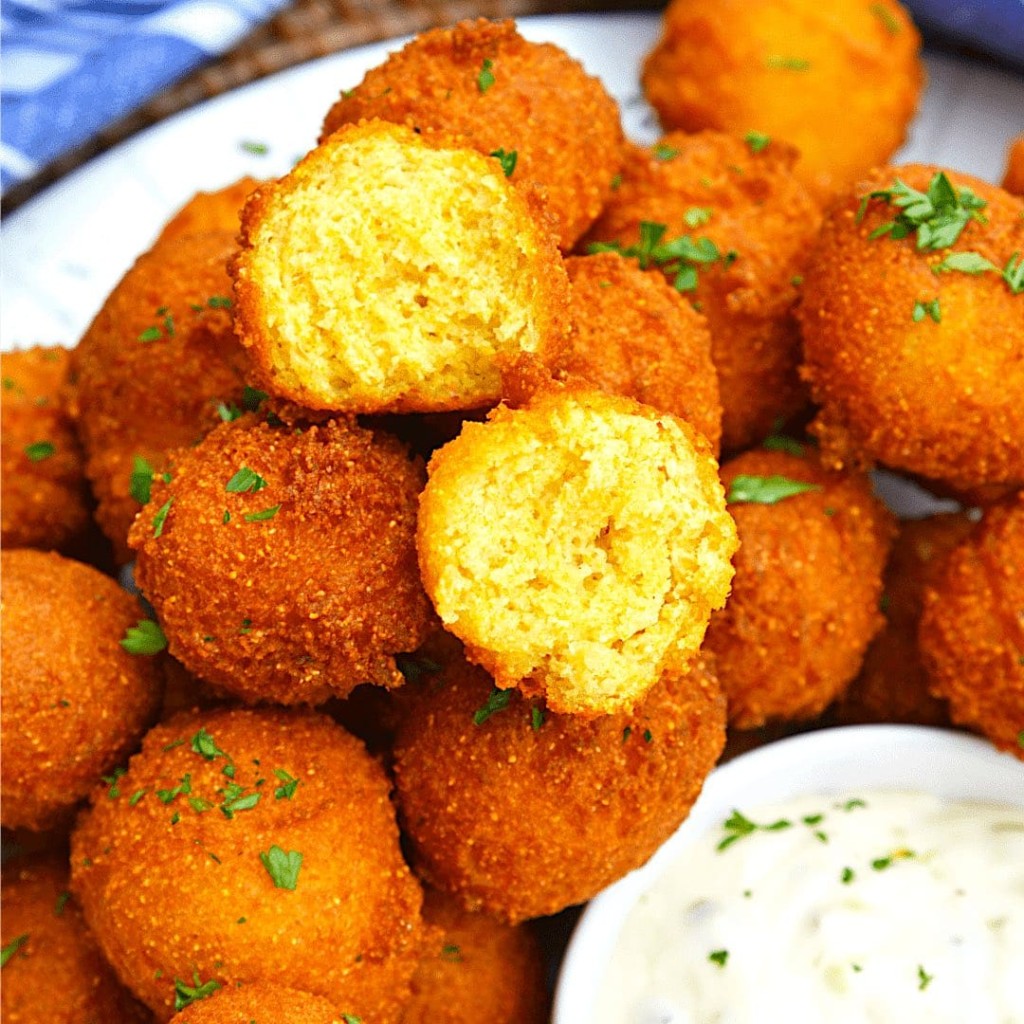 Citizens, we continue our journey into the past with our heirloom recipes flight, of which this is the second! As with our previous and future posts on this topic, the recipes will not have my name in them (as is normally the case here on TFD) as there will be no changes by me to these gems of perfection! Today – allow me to share the world championship recipe (twice!) for hushpuppies!

Not these kind of hush puppies (though TFD is honored to share his abode with the King of Basset Hounds!): 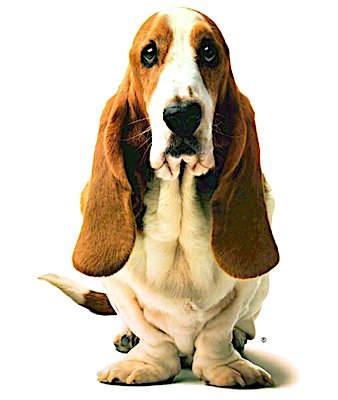 A hushpuppy is – of course – a small, savory, deep-fried ball made from cornmeal-based batter. Hushpuppies are frequently served as a side dish with seafood and other deep-fried foods.

The use of ground corn (maize) in cooking originated with Native Americans, who first cultivated the crop. Cherokee, Chickasaw, Choctaw, Creek, and Seminole cooking introduced one of its main staples into Southern cuisine: corn, either ground into meal or limed with an alkaline salt to make hominy, in a Native American technology known as nixtamalization.

Cornbread was popular during the American Civil War because it was very cheap and could be made in many different sizes and forms. It could be fashioned into high-rising, fluffy loaves or simply fried for a quick meal.

Hushpuppies retain strong ties to the Southern United States, although they are also available throughout the United States at restaurants serving deep-fried seafood.

The first recorded use of the word “hush-puppy” dates to 1899. The name is often attributed to hunters, fishermen, or other cooks who would fry some basic cornmeal mixture (possibly that they had been bread-coating or battering their own food with) and feed it to their dogs to “hush the puppies” during cook-outs or fish-fries.

Other legends date the term to the Civil War, in which Confederate soldiers are said to have tossed fried cornbread to quell the barks of their dogs.

Typical hushpuppy ingredients include cornmeal, wheat flour, eggs, salt, baking soda, milk or buttermilk, and water, and may include onion, spring onion (scallion), garlic, whole kernel corn, and peppers. Sometimes pancake batter is used. The batter is mixed well, adjusting ingredients until thick, and dropped a spoonful at a time into hot oil. The small breads are fried until crispy golden brown, and cooled.

Hushpuppies are served with seafood or barbecued foods. They are commonly made at home or served in restaurants advertising home-style food.

This recipe is from T/Sgt. Virgil Tullos, U.S.A.F. Retd. Med. (World Champion Hushpuppy Cook) 2 Yrs.! I am unsure of the date, but it most definitely is an exceptional recipe, which I found on yesterdish.com! 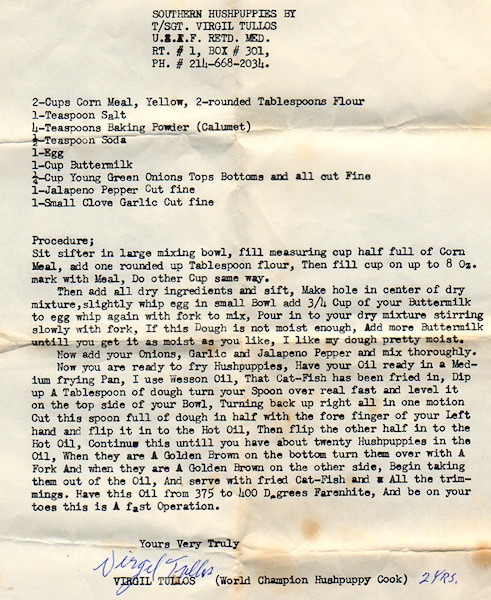