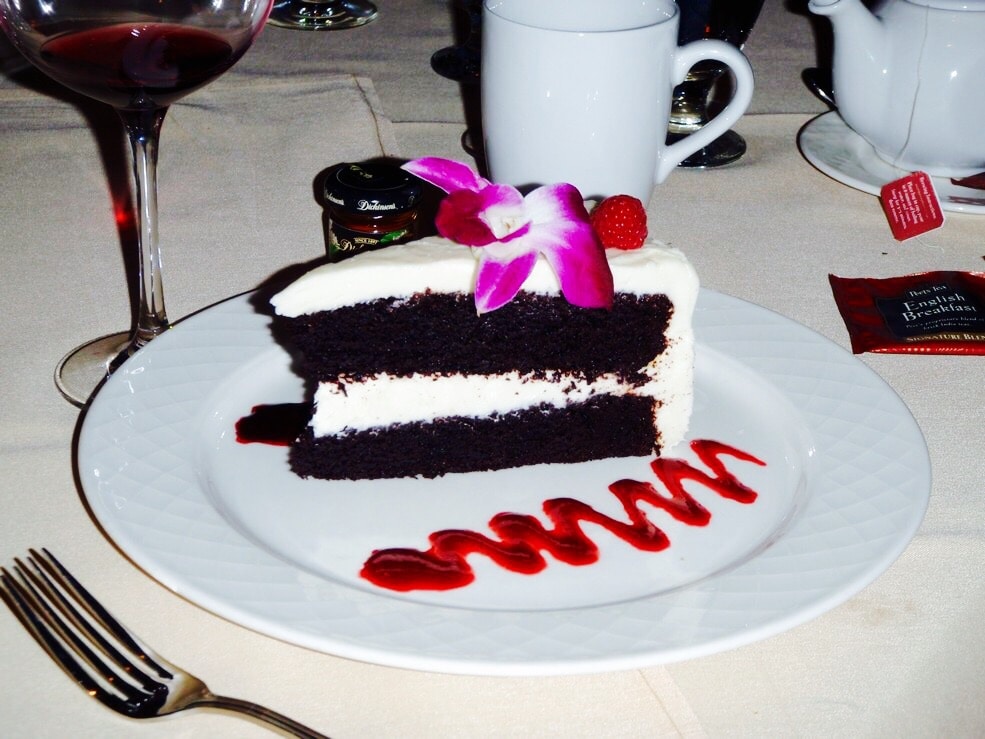 Citizens, TFD is an authority on what is best in life. This recipe is from The Bodega Bay Lodge in Bodega Bay, CA – a place greatly beloved by both myself and the entire TFD family and eminently qualifies!

With its rugged shoreline and rolling countryside, the Sonoma Coast has its roots firmly planted in the land.

Poised atop a tranquil bluff overlooking the Pacific Ocean, Bodega Bay Lodge reflects the wild beauty of this romantic region and offers an array of incredible things to do in Sonoma.

Watch the fishermen ply the bay for the day’s catch. Spot migrating whales in the waves. Scout for rare birds in a location prized by the Audubon Society and Alfred Hitchcock. Stroll two miles of soft sands, hand-in-hand.

How beautiful is Bodega Bay, you may ask? It’s this beautiful!

As noted on the previous site related to the area’s history:

By 1812, Russian fur traders were looking for new sources of otters and seals and came south in search of better food supplies for their northern settlements. With the help of local Indians, they built Fort Ross 24 miles north of Bodega Bay.

By the mid-1800s, Mexico had gained independence from Spain and in the process, granted the land to Mexican citizens and soldiers. General Vallejo and his family were among those who established hundreds of thousands of acres of ranchos along the coast and inland valleys in what is now much of Sonoma County.

One of the settlers was Captain Stephen Smith who married a Peruvian, Manuela Torres, and became a Mexican citizen in order to receive a land grant.

Together they established Rancho Bodega bordered by the Russian River to the north and Estero Americano to the south, a large portion of the Bodega Bay Area. Firman Camelot founded the town of “Bay” in the late 1800s, which later changed its name to Bodega Bay.

The tiny town of Bodega shares the mysterious source of its name with Bodega Bay. Here Captain Smith built the first steam-powered saw mill in California with parts he brought by ship.

Bodega suited him well with its abundant source of wood and nearby bay for shipping. The town grew to its largest size around the turn of the century then diminished to its current population of under 100.

In 1964 PG&E abandoned its plans to build a nuclear power plant on Bodega Head. The PG&E project at Bodega Head was the focus of a battle that helped galvanize modern environmentalism in California.

In more modern times, Bodega Bay become known around the world as the setting for Alfred Hitchcock’s “The Birds”.

Now as to this dessert – it’s called Jeff’s Mom’s Cake. Visit the Lodge, it will make for a wonderful stay and the food there is fabulous. However, this item is truly the best of the best in their culinary repertoire!

It is – quite simply – the best chocolate cake in the world. Yes, I’ve had most of them and any chocolate cake – properly made of course – is a thing of both beauty and wonder. Everything else pales, however, compared to the burning beacon of perfection that is Jeff’s Mom’s Cake.

There is none higher.

There is nothing more I can add.