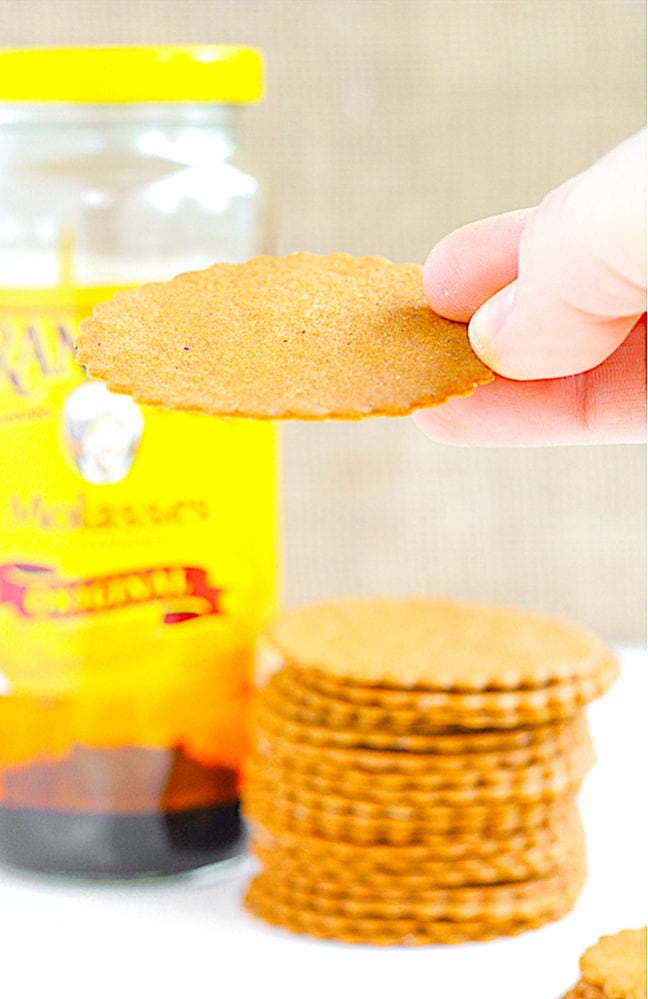 Citizens, behold and marvel at the first of our heirloom recipe flight here on TFD – the mighty (and incredibly svelte!) Moravian Christmas Cookie (aka spice cookies)! As noted in my previous post, this and other heirloom recipes posted shall not bear my name, as I am not changing them in the least from their perfection!

Moravian spice cookies are a traditional kind of cookie that originated in the Colonial American communities of the Moravian Church.

The Moravian Church, formally named the Unitas Fratrum (Latin for “Unity of the Brethren”), in German known as [Herrnhuter] Brüdergemeine (meaning “Brethren’s Congregation from Herrnhut”, the place of the Church’s renewal in the 18th century), is one of the oldest Protestant denominations in the world, with its heritage dating back to the Bohemian Reformation in the 15th century and the Unity of the Brethren (Czech: Jednota bratrská) established in the Kingdom of Bohemia.

The name by which the denomination is commonly known comes from the original exiles who fled to Saxony in 1722 from Moravia to escape religious persecution, but its heritage began in 1457 in Bohemia and its crown lands (Moravia and Silesia), then forming an autonomous kingdom within the Holy Roman Empire.

The modern Unitas Fratrum, with about one million members worldwide, continues to draw on traditions established during the 18th century. The Moravians continue their tradition of missionary work, such as in the Caribbean, as is reflected in their broad global distribution. They place high value on ecumenism, personal piety, missions and music.

The Moravian Church’s emblem is the Lamb of God (Agnus Dei) with the flag of victory, surrounded by the Latin inscription: Vicit agnus noster, eum sequamur (English: “Our Lamb has conquered, let us follow Him”).

The Moravian cookie, with its blend of spices and molasses, rolled paper thin, has a reputation as the “World’s Thinnest Cookie”. They are related to German Lebkuchen; original recipes can be traced back to the 18th century.

The cookie is especially popular around, and usually associated with, Christmas in communities with a strong Moravian background such as Winston-Salem, North Carolina and Bethlehem, Pennsylvania, which still maintain the two largest Moravian communities in the United States.

Traditionally, prominent homes in the community hosted open houses which contained elaborate Nativity scenes. These scenes were often built around large tree stumps which were found in the woods near the town.

People opened their homes for viewings of these scenes, and offering cookies to guests was an important part of the tradition. The spice cookies were central to the occasion, but many families also made a sugar cookie which was made with butter and flavored heavily with nutmeg. Families made their own cookie cutters and handed them down to family members. The shapes were primarily farm animals, as part of the Nativity tradition.

Families often had a few cookie cutters which were large and intricate and took real skill to cut out and bake. Although there are a few bakeries that still roll and cut the cookies by hand, some now use a mechanized process for making the cookies in order to meet the demand. While this does not affect the taste, the machine-made cookies have been criticized for not being as thin as their handmade counterparts.

THE KEYS TO ROLLING SUCCESS*
* that I learned the hard way
1. Roll them thin. When I say paper-thin, I mean paper-thin. Not cardboard-thin, not construction-paper-thin, not heavy-gauge-wedding-invitation-thin. Printer-paper-thin. They actually puff to double the thickness in the oven.
2. Use a liberal amount of bench flour. Cover thy service with flour. You’re going to need it.
3. But don’t cover the top with flour, just tap your hand on the counter and rub it on the rolling pin. You don’t want to see flour on the surface.
4. Brush away excess surface flour with a clean, dry pastry brush. Do you know what flour tastes like when it bakes at 375 for 6 minutes? You don’t want to. It’s bitter and gross.
5. I only rerolled my scraps once because of all the bench flour. Otherwise you work too much flour in the dough, which will make your cookies tough and tasteless. You want them to be thin like paper but not taste like it!
6. Be gentle. Roll with love. A gentle, loving touch is the key to all good pastry. I learned that in culinary school. You’re welcome.
7. You know your dough is thin enough when you can see the counter. It changes color from a dark molasses to a light brown sugar color. Congrats! You’ve arrived!
8. There will come a time in the rolling process when you cannot lift the sheet of dough to get more flour under the center and your center is sticking and not rolling thinner. That’s okay. Gently roll out the edges to the proper thickness, cut with cookie cutter, and remove to your baking pan. Next, gently run an offset spatula under the dough and flip it over using both hands (with lots of love or it will tear – dough knows when you are frustrated. Trust me.). Sprinkle more flour and continue rolling and cutting. See. Problem solved sans tears.
9. You can lightly dip your cookie cutter in flour and then tap off the excess.
10. The store-bought MCC are perfectly flat. To achieve this you can bake the cookies with a second baking sheet on top. But, come-on, life’s little imperfections are what make homemade a million times better than store-bought. No?
11. Send a picture of your paper-thin masterpieces to all your friends and family. Bask in the accolades. Come on, you’ve earned it!
12. There was a brief moment in time when I thought I would use my KitchenAid pasta attachment for this rolling process. Ha! The dough is too fragile for that. There isn’t enough moisture or gluten to allow for short cuts. Unless you have an industrial-grade sheeter lying around, fuggetabout-it.

This is the original recipe – provenance unknown but probably going back to the 1930’s, is my guess. 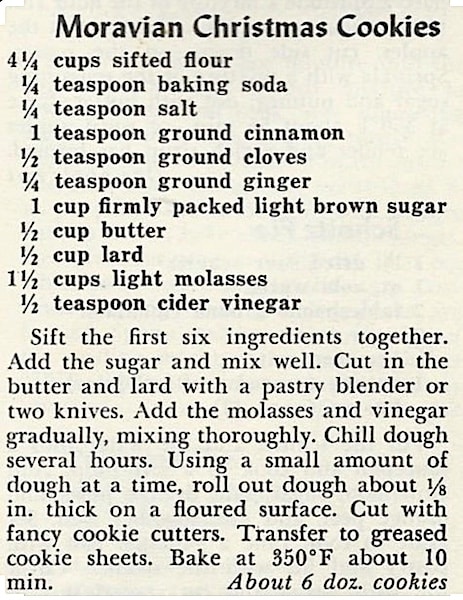 Its use of lard has – sadly – been abandoned by modern bakers.

Enjoy these, my Citizens!