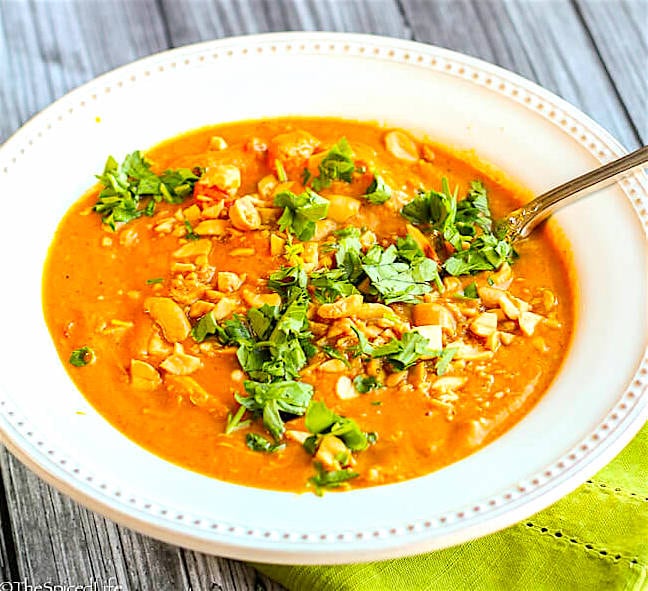 Citizens, the ancient African country of Mali is one you may not be familiar with, but you assuredly know the name of one of its most ancient cities – Timbuktu!

Mali, officially the Republic of Mali (French: République du Mali), is a landlocked country in West Africa. Mali is the eighth-largest country in Africa, with an area of just over 1,240,000 square kilometres (480,000 sq mi).

The population of Mali is 14.5 million. Its capital is Bamako. Mali consists of eight regions and its borders on the north reach deep into the middle of the Sahara Desert, while the country’s southern part, where the majority of inhabitants live, features the Niger and Senegal rivers. The country’s economy centers on agriculture and fishing. Some of Mali’s prominent natural resources include gold, being the third largest producer of gold in the African continent, and salt. A majority of the population (55%) are non-denominational Muslims.

Present-day Mali was once part of three West African empires that controlled trans-Saharan trade: the Ghana Empire, the Mali Empire (for which Mali is named), and the Songhai Empire. During its golden age, there was a flourishing of mathematics, astronomy, literature, and art.

At its peak in 1300, the Mali Empire covered an area about twice the size of modern-day France and stretched to the west coast of Africa. In the late 19th century, during the Scramble for Africa, France seized control of Mali, making it a part of French Sudan. 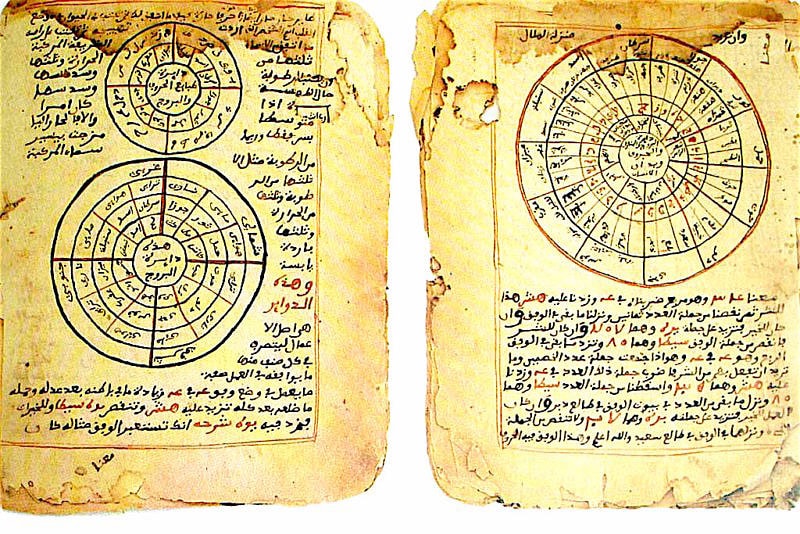 The pages above are from Timbuktu Manuscripts written in Sudani script (a form of Arabic) from the Mali Empire showing established knowledge of astronomy and mathematics. Today there are close to a million of these manuscripts found in Timbuktu alone.

When ISIS took control of Timbuktu in 2015, the brave librarians of Mali risked their lives to smuggle these manuscripts out of the city to safety and prevented their destruction.

Mali was once part of three famed West African empires, which controlled trans-Saharan trade in gold, salt, slaves, and other precious commodities. The earliest of these empires was the Ghana Empire, which was dominated by the Soninke, a Mande-speaking people. The empire expanded throughout West Africa from the 8th century until 1078, when it was conquered by the Almoravids.

The Mali Empire later formed on the upper Niger River, and reached the height of power in the 14th century. Under the Mali Empire, the ancient cities of Djenné and Timbuktu were centers of both trade and Islamic learning. The empire later declined as a result of internal intrigue, ultimately being supplanted by the Songhai Empire.

Mali is also renowned worldwide for having produced some of the stars of African music, most notably Salif Keita.

The cuisine of Mali consists mainly of millet, corn, or rice porridges served with a variety of “sauces,” or stews. These sauces can be made with peanuts, okra, baobab leaves or sweet potato leaves. Meats and vegetables are added to the sauces, which are then served over porridge, couscous or rice.

Beef, lamb, chicken, and fresh or smoked fish are all popular in Mali. Common vegetables are onions, tomatoes, eggplant, plantains and yams. Mangoes, bananas, lemons and watermelon finish off meals with a sweet touch.

All meals in Mali are prepared by women and food is eaten with the right hand. Eating with the left hand is considered highly improper in this mostly Muslim nation. Meals are often finished with strong, sweet tea. Tea service in Mali, as in many countries, is a highly ritualized affair. Three rounds are served: the first for life, the second for love, the third for death.

Tigadegena (Bamana; literally ‘peanut butter sauce’), or groundnut stew, is a stew or sauce (depending on water content) common to much of West Africa. It originates from the Mandinka and Bambara people of Mali. Variants of the dish appear in the cuisine of nations throughout West Africa and Central Africa.

Made from lamb, beef, chicken, or without meat, tigadegena is cooked with a sauce based on groundnuts, especially peanut butter/paste, and tomatoes

Tigadegena is traditionally served in Mali with couscous. A variation of the stew, “Virginia peanut soup”, even traveled with enslaved Africans to North America.

The dish originated with the Mandinka and Bambara people of Mali. The proper name for it in the Mandinka language is domodah or tigadegena (lit. ‘peanut butter sauce,’ where tige is ‘peanut,’ dege is ‘paste,’ and na is ‘sauce’) in Bamanankan.

Citizens, this is a delicious stew that I hope you will take it upon yourselves to try! ☺

In a large pot, heat the ghee over medium-high heat. Add the meat and cook until lightly browned on all sides, 7-8 minutes.

Meanwhile, if you have a large mortar and pestle, pound together onion and bouillon cube. If not, simply add onion, garlic, ginger and bouillon cube to the beef and cook until fragrant, 2 minutes. Add tomatoes, cumin, black pepper, coriander powder and bay leaves and stir to combine.

Pour in the stock and add the vegetables and hot pepper (whole) and allow to come to a boil. Once boiling, stir in the peanut butter and fish sauce (if using) and reduce heat. Stir in the spinach and cook (covered) until the meat is cooked through and the sauce thickens. If the sauce is too thick, add more stock. If it’s too thin, add more peanut butter. Season with salt and serve over couscous garnished with parsley.