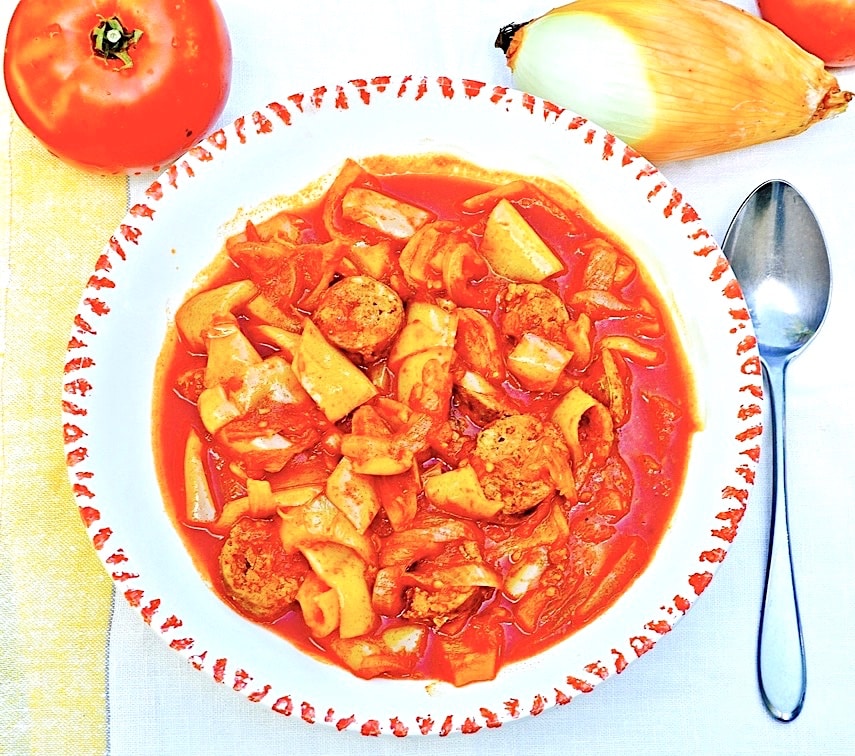 Citizens, the cuisine of the proud nation of Hungary is sadly less known here in the United States than it deserves to be – and this delicious recipe is a great introduction to its glories!

Many people refer to this is the Hungarian Ratatouille. The onions and peppers are usually sautéed in lard, bacon fat or sunflower oil. Garlic can also be a traditional ingredient. It is also considered to be traditional food in Czech, Slovak and Croatian cuisine and is also very common in Poland, Austria, and Israel.

Most Hungarian recipes recommend the mildest variant of Hungarian wax pepper, which are in season August–October which is also when field tomatoes are at their best. Other recipes suggest using both bell pepper and banana pepper as alternatives.

There is a large variety of lecsós, the base of all being a mixture of tomatoes and peppers (both sweet and hot), onions, spiced with salt, some variants also sugar, a fair amount of red paprika powder and often garlic. Some recipes may also use bay leaf, ground black pepper or thyme.

To make the perfect lecsó base, one must render the lard from the smoked bacon (if that is used instead of oil, which is also common), and fry the onion slices until the edges become slightly brownish. Next the pepper slices must be added and fried until crisp. The tomatoes come last because, if added at the beginning, they would soak the onions and the peppers.

Lecsó, like its French semi-counterpart ratatouille, often stands alone as a lunch dish, in which case it is often consumed with bread. Plain lecsó can be served as a side dish accompanying various main dishes, for example roasted chicken, pheasant, pork, beef or Eszterhazy steak.

It is widely known in Hungary that the best lecsó is made over an open fire in a “bogrács” (a cauldron), a Hungarian style barbecue. In Hungary the dish is very popular, and even has its own festivals.

In Germany, lecsó is referred to as Letscho and often used as the primary ingredient of a sauce that is used with many different meals. It is usually made of tomatoes, peppers, and onions among other regional additions.

In Poland, lecsó (called leczo) is usually made from red pepper, zucchini, tomatoes, onion and garlic, sausage, and spiced with powdered chilli pepper. Leczo should be served hot and spicy. It probably came to Poland from Hungary.

Citizens, my version is resolutely Hungarian, with the addition of a bit of garlic and thyme – I sincerely hope you enjoy this delicious recipe from central Europe! 🙂 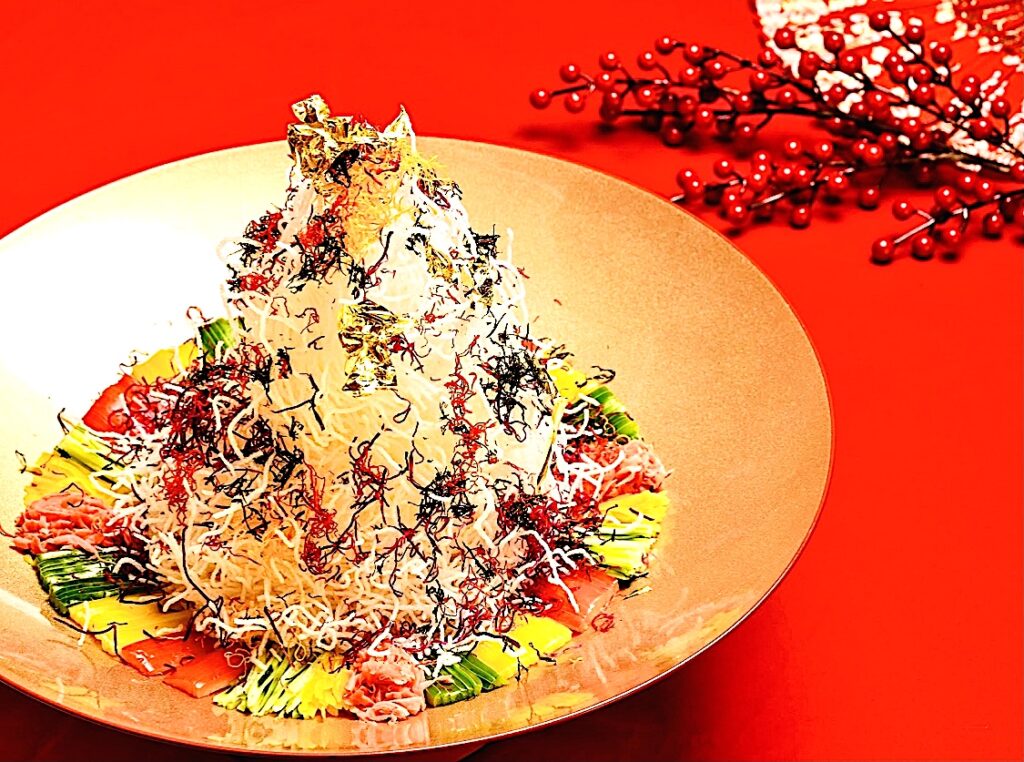 () My glorious Citizens! Chinese New Year is nearly upon us, so please allow the Emperor of Empathy – YOUR TFD! – to wish you not the usual heartfelt 恭喜發財 (gung hei fat choy) or Happy New Year, but instead 身體健康 (san tai gin hong) – Good Health! Given our continued involvement in the COVID-19…