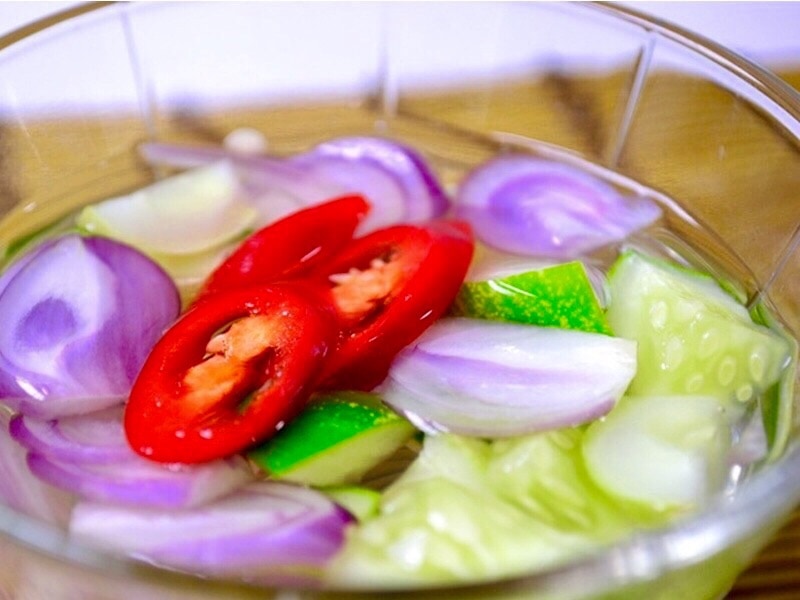 Thai cucumber and shallot quick pickles (Ajad) are an easy and delicious Southern Thai recipe that can easily be made and kept in the refrigerator for a few days.

Southern Thailand usually refers to the area south of Bangkok and continuing down into the finger-like Isthmus of Kra, a narrow strip of land bordered on the west by Burma, and widening out down to the border with Malaysia. The Isthmus is climatically and geographically dramatic, getting the longest monsoon in the country and with striking rock formations and cliffs lining its coasts. Rice is not the major crop here, and agriculture instead revolves around huge banana and coconut plantations, and freshly-caught fish from the sea.

The Isthmus was the first point of contact for seagoing people from India, the Middle-East, and the West and it still supports a large Muslim population. One-third of the population of the southern provinces is Muslim, and their culture and food is very different from that of their Thai Buddhist neighbors. Thai Muslims tend to live in fishing communities on the coast, while the Buddhists live on inland farms or in cities. Though the majority of the Muslims in the South speak Thai and consider themselves to be Thai, in the Deep South, bordering Malaysia, they might also be Malay-speaking (yawei dialect) and have less connection to the rest of Thailand.

Southern food is the hottest in Thailand, often seasoned with fresh tiny bird’s eye chilies (prik kee noo) and its usual tastes are spicy, salty and sour. The curries are colored red, yellow and orange employing both dried and fresh turmeric which is often rubbed into seafood to kill its “fishy” flavor. Southern curries make generous use of coconut milk and coconut oil, often boiled with sour pineapple and tamarind to balance the richness of the coconut milk.

When Central curries, like green and red curry, are prepared in the South, they are usually hotter and use much more shrimp paste (kapi) to intensify their flavor. The thick curries made by Thai Muslims often use ghee or yogurt in place of coconut and add fragrant dried spices like cumin and cardamom to the curry paste, in addition to the usual fresh herbs and spices used in the rest of the region.

Because the South has a huge coastline, fish and seafood are a major part of everyday diet and are often grilled flavored with chilies and lime, roasted in a pot filled with sea salt, boiled in curries, stirred into salads or simply deep-fried. Outdoor vendors operated by Muslim Thais sell deep-fried fish and chicken, with packets of sticky rice and sweet chili sauce or a ladle full of fish sauce laced with fresh chilies. Numerous seasonal vegetables are available year-round along with tropical fruits like mango and papaya which are served both ripe or unripe.

Thai condiments such as Ajad are very popular to serve with a meal, especially with bowls of noodle soups or Pad Thai. This allows each dinner to adjust the heat and sourness of a dish to their taste.

The word Ajad was probably adapted into Thai from the Sanskrit word for pickle, अचार (achār), or it might be related to the Persian and Urdu آچار (âčâr) which also means pickle – no one knows for certain.

Most Ajad recipes served in the U.S. are very simple, calling for equal parts of sugar and vinegar mixed together with some cilantro and sliced chiles before tossing with cucumber and shallot.

My version is adapted from a recipe much closer to the version served in Thailand, using more complex spices, less sugar (and I prefer real palm sugar in this dish, if you can find it) plus a touch of smokiness and some chopped peanuts for texture.

Few things in this life – or any other for that matter – are as delicious and tangy as these delicious pickles, Citizens! 🙂

TFD Speaks – About Matcha – In Our Latest Podcast! 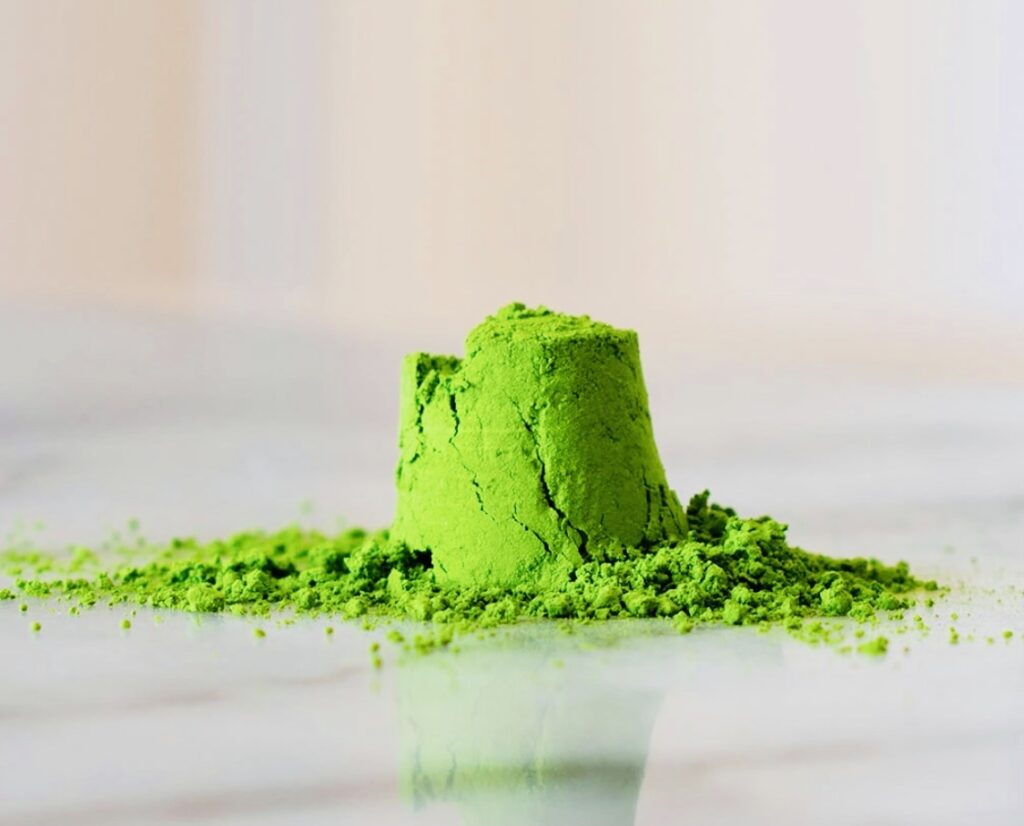 () My GLORIOUS Citizens! The latest Revolutionary communiqué from the Pasha of Podcasts – YOUR TFD! – has just gone live on all major platforms for your listening pleasure! Marvel at the accumulated wisdom of Eric Gower, founder of Breakaway Matcha, purveyors of the world’s finest Japanese green tea to a range of 2- and…