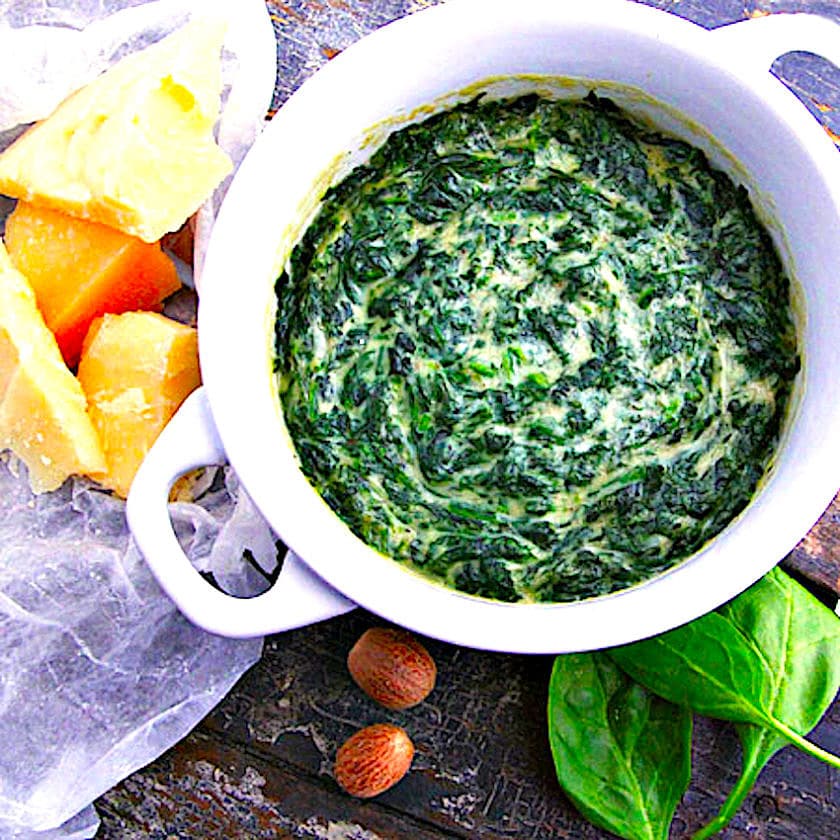 Citizens, we are now on entry #5 for our week of ‘lost recipes from famous closed restaurants’ – today, we are off to the heartland and the mighty city of Chicago! The now-closed private dining club in The Whitehall Hotel was home to many superb dishes, including their legendary creamed spinach! There is no doubt in my mind that any green leafy veg can be dramatically improved with a large helping of cream, parmesan cheese and spices! 😉

In 1928, the construction of the “The Magnificent Mile” ushered in a new age of Chicago luxury that would give rise to one of the most famous hotels in the city, The Whitehall. One of the first luxury high-rises in the city, the building that sat on Delaware Place would become one of the five great hotels of Chicago.

The Whitehall’s prestigious location and stunning scenery helped the site attract high-profile clientele, not to mention luxuries like the fine restaurant on the lobby floor. Legend has it that The Whitehall Club was either the first or the second restaurant to serve alcoholic beverages after the repeal of Prohibition in 1932.

Although the Great Depression meant the loss of many of the building’s residents, it saw a modern change in the mid-1950s when new owners Sidney and William Keller adapted it into a hotel called The Whitehall, which featured guest rooms with built-in kitchens.

In 1972, the building was purchased from the Kellers by Lex Service Group, Ltd., and received a two-year, multimillion-dollar renovation that created an elegant, small European-style hotel reminiscent of England’s luxurious and charming hotels. The Whitehall Hotel re-opened to the public in 1974 with a gala dinner.

The Whitehall’s second major renovation took place in 1992, and re-opened on November 11, 1994. During the grand reopening in 1995, March 24th was proclaimed “The Whitehall Day” in the State of Illinois by the Honorable Jim Edgar, Governor. The most recent renovation has consolidated The Whitehall’s place as an iconic historic hotel in Chicago.

The Whitehall earned the recognition of Fortune Magazine when it was named “one of the eight great small hotels in the United States,” and Travel & Leisure commended the historic Streeterville hotel as “one of Chicago’s five great hotels.”

Established as a private-dining club in Chicago’s boutique Whitehall Hotel in 1956, The Whitehall Club was a fine-dining fixture for 40 years before it closed. That left LRF reader Dave Lauer with an insatiable craving for Whitehall Club creamed spinach. Fixable : )

I reached out to now-Colorado-based Jason Rogers–one of the last sous chefs at the Club–who was happy to share the recipe. Built with an Escoffier-styled béchamel (white sauce steeped with onion, veal, nutmeg, clove and thyme,) this home-cook-sized version of the dish yields both creamy spinach, plus a serving of milk-braised veal–delicious mixed with orzo, or Israeli couscous.

Citizens, this is a recipe that surpasses any other creamed spinach recipe I’ve ever tried – except, perhaps, my own (which includes bacon)! 😀