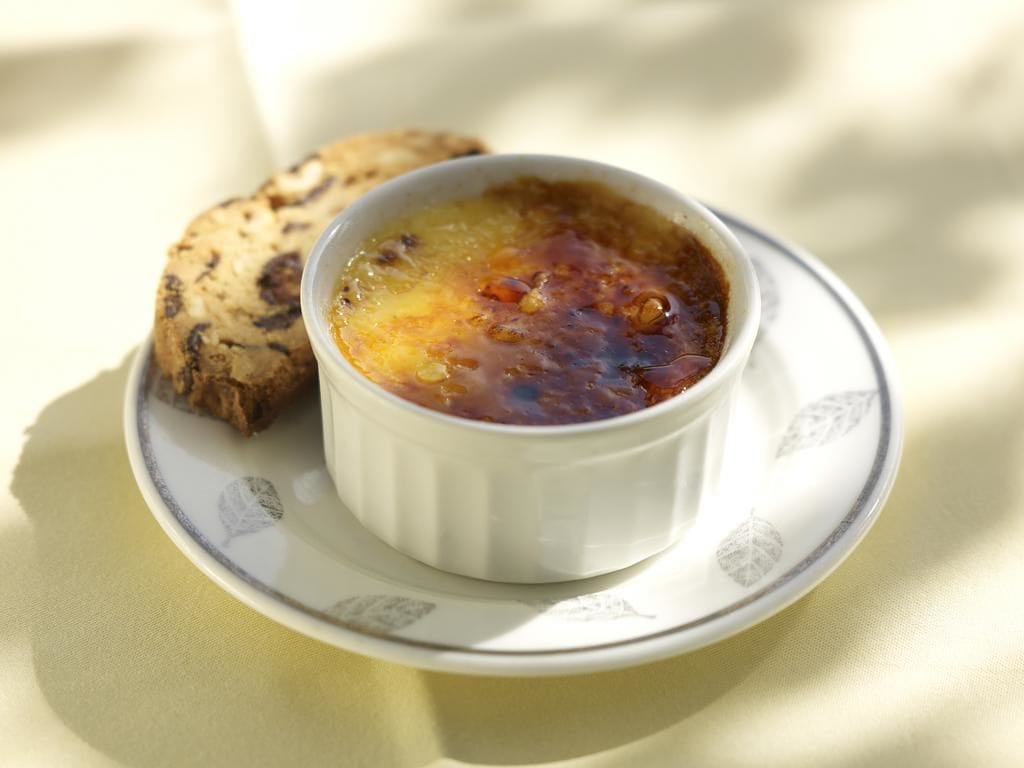 , the witching hour draws nigh, and the most frightful of holidays – All Hallows Eve! – fast approaches! Your beloved and Saturnine Leader – the midnight rambler who may or may not be TFD! – would like to share yet another recipe of my hero, the superlative Vincent Price! 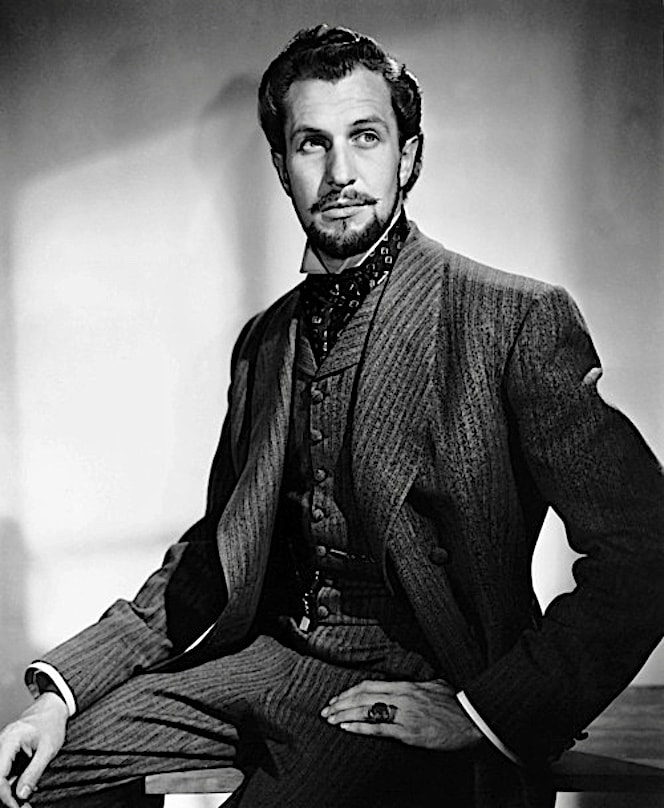 Unless you are “of a certain age” and were fortunate enough to watch Price in his many horror film roles on the silver screen or TV, you probably best know him as the maniacally evil laugh (and narrator) in Michael Jackson’s song “Thriller”.

As I discovered on Quora:

The words recited by Vincent Price in the iconic Michael Jackson song “Thriller” was written by an English songwriter named Rob Temperton.

Rob wrote his “rap” for the song in a taxicab in New York City on his way to the final taping of the song. He also worked with Michael on several other great songs and I believe it was Quincy Jones who jokingly said to him, “I can’t believe you’re not black!”

Anyway, here are the words, and make sure you listen to the classic song-often!

“Darkness falls across the land

The midnight hour is close at hand

Creatures crawl in search of blood

And whosoever shall be found

Without the soul for getting down

Must stand and face the hounds of hell

And rot inside a corpse’s shell

The foulest stench is in the air

The funk of forty thousand years

And grizzly ghouls from every tomb

And though you fight to stay alive

Your body starts to shiver

For no mere mortal can resist

The evil of the thriller”

You can, of course, revel in the dulcet tones of Price’s mellifluous voice in the video here:

As I discussed in my previous post, Price and his wife Mary were acclaimed gourmet aficionados in the 1960’s, and their cookbook (originals of which retail for more than $200!) holds many priceless recipes from that time.

Vincent Price’s name is synonymous with American horror movies. He ruled over the genre during the 1950s and 60s in dozens of films, skulking across the screen with sinister intent. His distinctive voice, sneer, and suave malevolence seemed tailor made for moviegoers looking for an unsettling night at the cinema.

Price earned every accolade he received for his work in horror, but there was so much more that is worthy of praise. As we have just passed what would have been the Master of Menace’s 108th birthday, I think it’s worth the time to look back over everything that made Vincent Price a true Renaissance man and patron of the arts.

Born on May 27, 1911, Price grew up never having to worry about money. His grandfather invented Dr. Price’s Baking Powder and his father was president of the National Candy Company. The family’s money (“Not enough to evoke envy but enough to demand respect,” Price would later say) allowed him to get a good education. His father made sure he toured the cultural touchpoints of Europe, and he developed an appreciation of art at an early age.

Price earned a degree in English from Yale, and went to London in pursuit of an art education. It was there that he fell in love with the stage. His acting work in England earned him a Broadway debut when he was 23.

Being tall, slim, and handsome with piercing blue eyes, Price didn’t have a hard time finding his way to the silver screen. His first leading role was in 1938’s Service de Luxe, a light romantic comedy now forgotten to the ages.

It was evident that Price knew what he was doing on screen, but in the early years he had trouble getting steady work despite his matinee idol good looks. Other actors with delicate egos didn’t want to share the screen with the 6’4” Price, and cinematographers had trouble framing shots with him and his (sometimes significantly) shorter costars.

Price could not be ignored, though. His distinctive voice and suave manner made him a natural for noir films and historical pictures.

He had already starred in close to three dozen movies before his first major horror film, House of Wax, was released in all its 3D glory in 1953. His work in many of those previous films had been in supporting roles, but when it came to horror, Price didn’t have to share the screen with anyone. He commanded the audience’s attention and held it in a vice-like grip.

Vincent Price classics in the horror genre included The Fly, House on Haunted Hill, and The Tingler, which included buzzers under the theater seats to zap moviegoers’ butts at scary moments during the film.

Price’s best work during this era was the series of Edgar Allan Poe adaptations he did with Roger Corman’s American International Pictures. He appeared in Pit and the Pendulum, Tales of Terror, The Raven, and The Masque of the Red Death, and he was perfectly suited for every single film.

He also recorded readings of Poe’s short stories and poems; his reading of The Raven became a classic. Price was a big fan of Poe’s work, and the pairing of the writer and the performer, though a century apart, seemed a natural fit. Price may have even been the reincarnation of Poe, if you believe in that sort of thing.

Price could be found all over the radio, appearing in popular shows for BBC, CBS, and Lux Radio Theatre. His distinct voice was considered a product of his far-ranging education, but to Price, he was just another kid from St. Louis. “I think I sound like Harry Truman,” he once said. Which makes me think how cool it would have been if Vincent Price had been president.

But Price was clearly too talented to be hemmed in by something so small as the Oval Office. Even during the height of his film career, he still found time to return to the stage when he could. He developed and starred in a one-man show about Oscar Wilde called Diversions and Delights, which he took around the world in 1978 to rave reviews. He also helped put San Diego’s La Jolla Playhouse on the map, starring in several of their early productions.

True to his family roots, Price was also a gourmet. Over the course of his life, he wrote several best-selling cookbooks, and shared his cooking knowledge on radio and television.

Price also put his art degree to work. An astute collector and aficionado, he served on the Arts Council at UCLA and the Fine Arts Committee for the White House. He shared his knowledge on the lecture circuit, spending many years giving talks on fine art, poetry, and cuisine.

In 1957, Price established the Vincent Price Art Museum at East Los Angeles College in Monterey Park, California. With 90 pieces from his private collection and a healthy endowment, the museum became the first teachable art collection owned by a community college in the U.S.

Forever dedicated to bringing fine art to the general public, Price also worked as an art consultant for Sears for ten years beginning in 1962. He chose prints from famous painters and commissioned prints from contemporary artists that Sears sold in its stores and catalogues.

Price somehow managed to squeeze 25 hours into each day. He made the time to be a best-selling author, cook, art collector, and lecturer all while pursuing an acting career that included over a hundred films and at least as many television appearances.

He is one of the few artists with two stars on the Hollywood Walk of Fame, for film and for television. He worked with some of the biggest names in the business, inspired a whole generation of filmmakers, and even lent his voice to Michael Jackson’s mega-hit Thriller.

Vincent Price was made of so much more than most people remember him for. He was that rare breed of artist who not only excelled in his work but enjoyed it, didn’t take himself too seriously, and gave more than he got. We could use more people like Vincent Price.

This recipe for Onion Soup by Price is one of my favorites. Unlike the typical version that is laden with cheese, his is practically devoid of it (although he does give you an option to make it into the lactic-enhanced version) – it focuses on the pure flavors of top-quality chicken stock, onion, wine and brandy. Crucially, he also brilliantly calls for cooking the onions in bacon fat, which adds an incredible depth of flavor. Please try and use it.

You can buy the 50th anniversary reprint of his magnificent cookbook for a very reasonable price here.