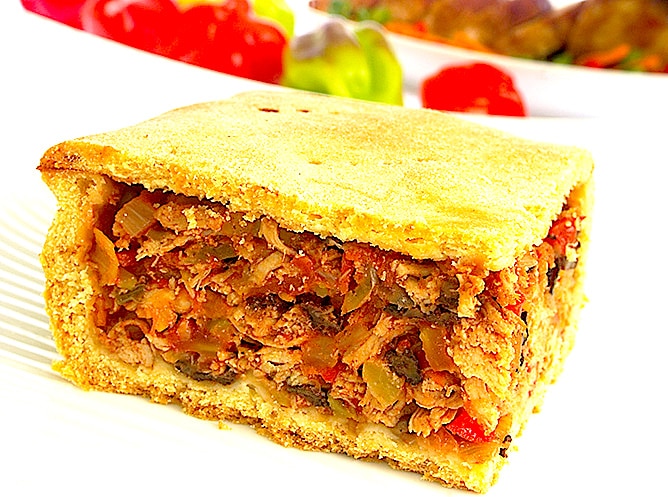 The country of Venezuela in South America is blessed with some of the most magnificent scenery on Earth, including the world’s highest waterfall – Angel Falls.

Paradoxically, Venezuela is also among the most urbanized countries in Latin America with the vast majority of Venezuelans living in the cities of the north – especially in the capital, Caracas. Since the discovery of oil in the early 20th century, Venezuela has been found to have the world’s largest oil reserves and has been one of the world’s leading exporters of oil. In fact, the American oil company Citgo is actually owned by the national oil company of Venezuela and gets all of its product from there.

Venezuelan cuisine often varies greatly from one region to another. Its cuisine, traditional as well as modern, is influenced by indigenous peoples and its European ancestry (Italian, Spanish, Portuguese, and French), and is also influenced by African and Native American traditions.

One of my favorite Venezuelan recipes is Polvorosa de Pollo – chicken pot pie. Who doesn’t love chicken pot pie, I ask you – it is a delicious recipe no matter where in the world you are and the Venezuelan version is unique and especially savory.

Polvorosa de Pollo is like a giant empanada, and it is often made into individual portions as well. Its distinguishing characteristics include a very crumbly, soft pastry crust – more like the French pâte sablée pastry than the flaky pie crust you might expect. (The word polvo means powder or dust, and polvoroso means “dusty”). The filling of this tasty pie is stewed chicken and vegetables, seasoned with a variety of flavors (tomato, cumin, wine, chiles) and spiked with raisins and olives.

This is the best recipe I know of for Polvorosa de Pollo and is from the “Venezuelan Cookbook – Classic Venezuelan Recipes” by Jose de Silva.