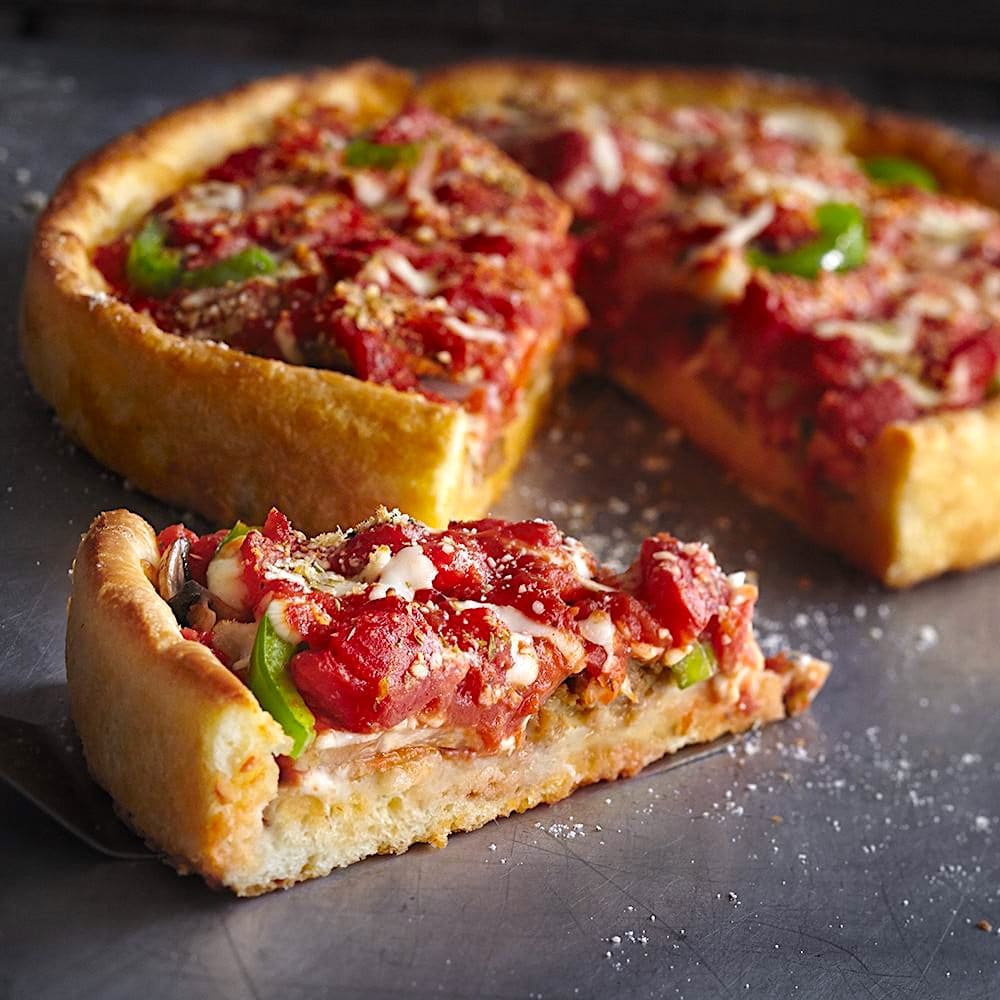 My Citizens, it is a rare and supremely gratifying moment when I – the never silent TFD Himself! – can share a truly hidden and top-secret corporate recipe with you! My friend Mike was going through his attic a few weeks ago and found a handwritten page written back in June of 1971 that detailed the actual Pizzeria Uno pizza recipe, as given to a relative of his direct from the founder!

Apparently, one day a pizza that was cooked for him at the original restaurant was sub-par, so he went to the founder/chef Ike Sewell and complained. Ike was a dear friend of his and did something he never, EVER did any other time. He walked his friend through the actual recipe for Chicago Deep Dish Pizza that he himself invented, step-by-step!

The pizza recipe was filed away for nearly 50 years – until it was shared with me and now, I share it with you all! Being a member of TFD Nation definitely has its advantages! 😀

Now – for the record – TFD is embarrassed to note that he prefers NYC-style pizza, but that’s only because I grew up there and it’s the version that is permanently imprinted on my palate as “pizza”. The “casserole-in-a-crust” that is Chicago deep-dish pizza is totally delicious, so please do not blame me for my prejudice – and I’ll be the first to admit the Chicago hot dog is a vastly superior product to the NYC version!

Now, with all that out of the way: as noted in From the Chicago Tribune:

Among America’s eateries, Chicago cuisine is notable for its take on pizza: Thick as a stone slab, saucy and larger than life.

The families behind Chicago’s most famous pizza houses each lay claim to inventing the recipe, but one thing about the origins of Deep Dish Pizza is known pretty certainly:

It came to be in 1943 inside the kitchen of a converted 19th Century mansion built with the Mears family’s lumber money at 29 E. Ohio St. — today the site of Pizzeria Uno.

There were no written records. No recipes. No vintage photos.

But Chicago had produced a unique and enduring variation on traditional Italian and American pizzas. It had a coarse, crunchy crust and sauce on top of cheese. It was heavy on Italian sausage.

Nationally, pizza is a $30 billion industry, and is especially popular among Chicagoans. Pizzeria Uno and its sibling a block away, Pizzeria Due, now are part of a national chain, Uno, which boasts on its website that “Ike Sewell developed deep dish pizza and opened a new type of restaurant at the corner of Ohio & Wabash.”

Nathan Mears’ old house would become Chicago legend — a pizzeria founded by Richard Novaretti, known as Ric Riccardo, the owner of Riccardo’s Restaurant, and his friend, Sewell, a Chicago liquor distributor. In their restaurant worked Rudy Malnati Sr., father of Lou Malnati and grandfather of the current owners of the Lou Malnati’s restaurant chain.

Riccardo and Sewell’s restaurant opened in 1943 as The Pizzeria, became Pizzeria Riccardo soon afterward and settled in as Pizzeria Uno in 1955, when the partners opened Pizzeria Due in Mears’s daughter’s mansion across the street at Wabash and Ontario.

The personalities they gathered in that Ohio Street kitchen make it difficult, despite Uno’s website proclamation, to know exactly who came up with the recipes. Each person, and their families, stakes a claim to the One True Recipe. They became the founders of Malnati’s and Pizano’s, Gino’s East, and Uno itself.

But Chicago benefitted from the rivalry — and so do visitors, or anyone who hungers for Chicago’s heavy-weight pies and can find them on the road.