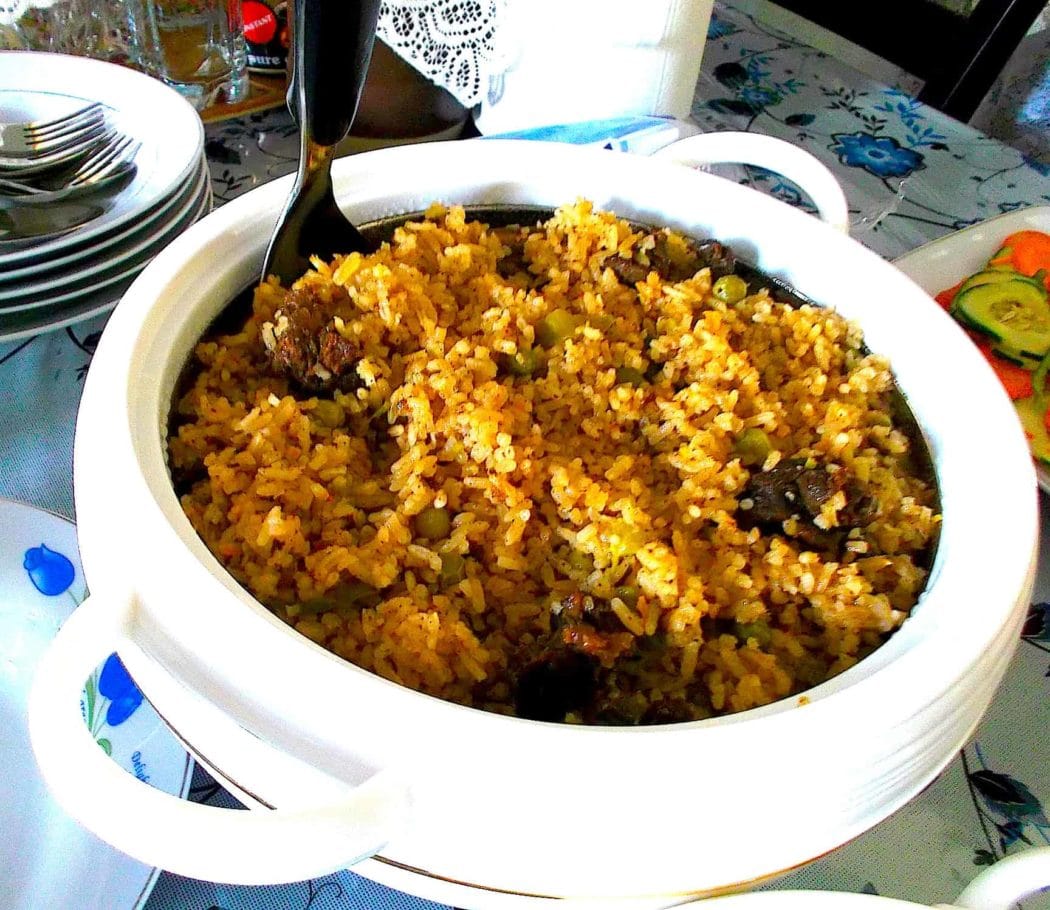 Citizens, the island group of Zanzibar is located off the coast of Tanzania in Africa (the “zan” in Tanzania stands for Zanzibar, in fact) and is renowned worldwide as “The Spice Islands”. In particular, the islands produce cloves (at one point, it was the world’s largest supplier of this spice), nutmeg, cinnamon, and black pepper.

Zanzibar is today mostly inhabited by ethnic Swahili, but there are also a number of Arabs, as well as some Indians scattered throughout the region. Virtually the entire island group population (99%) is Muslim, though the majority of Tanzania itself is not.

Not only is the archipelago stunningly beautiful, it boasts one world-famous citizen: Farrokh Bulsara.

You probably know him better as Freddie Mercury of the rock band Queen – he was born in Stone Town, Zanzibar.

This cuisine is redolent with a huge number of spices, not surprising given the archipelago’s nom de plume as the spice islands! You actually see a unique blend of African, Persian and Indian influences in their food, a reflection of the centuries of trading and occupation by foreign powers.

This recipe for beef pilau (rice) is one of the great Zanzibari dishes – it is very close to an Indian recipe, but has unique Zanzibari touches (use of beef, which is never used in Hindu Indian recipes, plus it is always served with an African cucumber “salsa” on the side. I provide the recipe below). It is very delicious and while you may empty your spice cabinet making this, the result is well worth it, Citizens! 😀