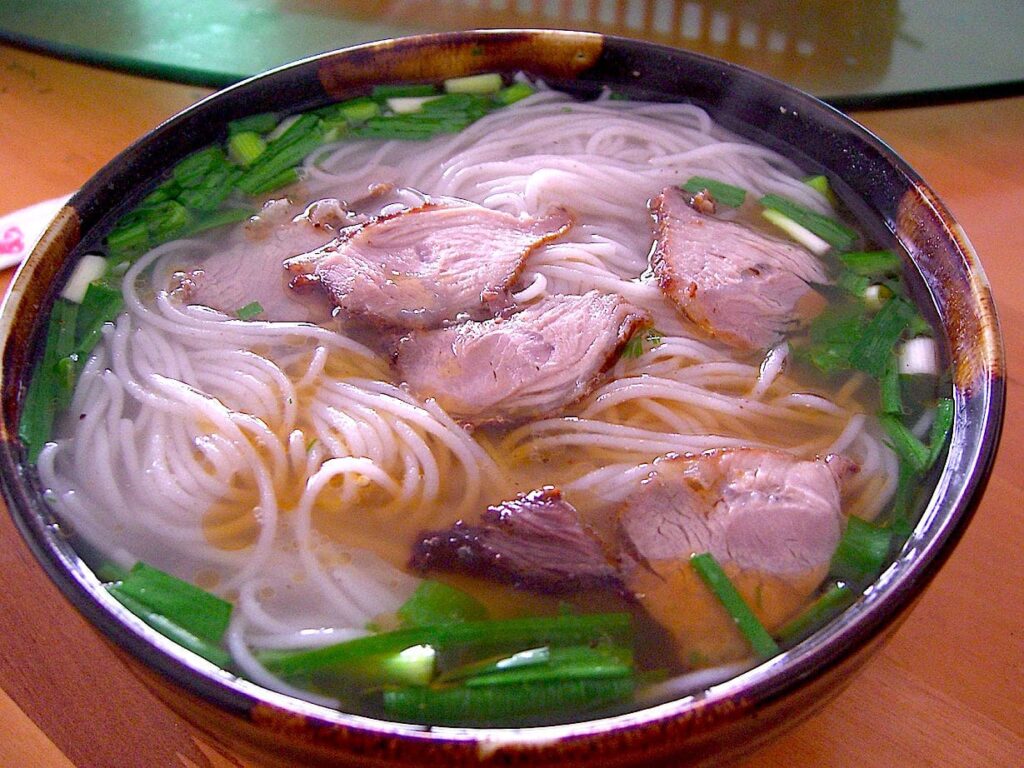 Citizens – 过桥米线 (Guoqiao mixian) is one of the legendary soups of Yunnan province – a true classic recipe of Chinese gastronomy! 🙂

The origin of this recipe is both touching and intriguing: legend has it that South Lake in Mengzi County, Yunnan Province, China once boasted a great many literary scholars who worked hard to become officials. One of them was a gentleman with the last name of Yang. Yang went to read books and study for his examinations at a pavilion located in the middle of the lake that could only be reached by a long bridge. Although his wife would always take him something to eat, Yang was always so deep into his studies that he often forgot to enjoy his wife’s food.

By the time he would remember, the food had already become cold, and his health deteriorated. One day, much concerned about her husband, the wife killed a hen, and cooked it in a pottery pot along with some rice noodles. Then, she took the chicken, noodles and soup to her husband. After a while, she came back to clean up. However, what she saw was the food left untouched by her husband who was intently concentrating on his book.

With a sigh, she decided to heat it for her husband to eat later, but to her surprise, the pot was still warm when she touched it. Uncovering the pot, she found a layer of chicken fat floating atop the soup, which together with the pottery container helped preserve the heat. From then on, she cooked in this way and her husband was always able to eat hot food during his diligent studies.

Thanks to her, his health was saved and he passed the government examinations to become a great leader. Later, many people cooked rice noodles in the wife’s innovative way, and found them truly delicious and thus a classic recipe was born.

My version of the Yunnan recipe is especially rich with meats and complexity with a few unique techniques thrown in for good measure. Citizens, I believe you will find this a delicious new treat to serve to your own scholar-in-training, your family or yourself. It’s the soup that literally eats like a meal! 😉