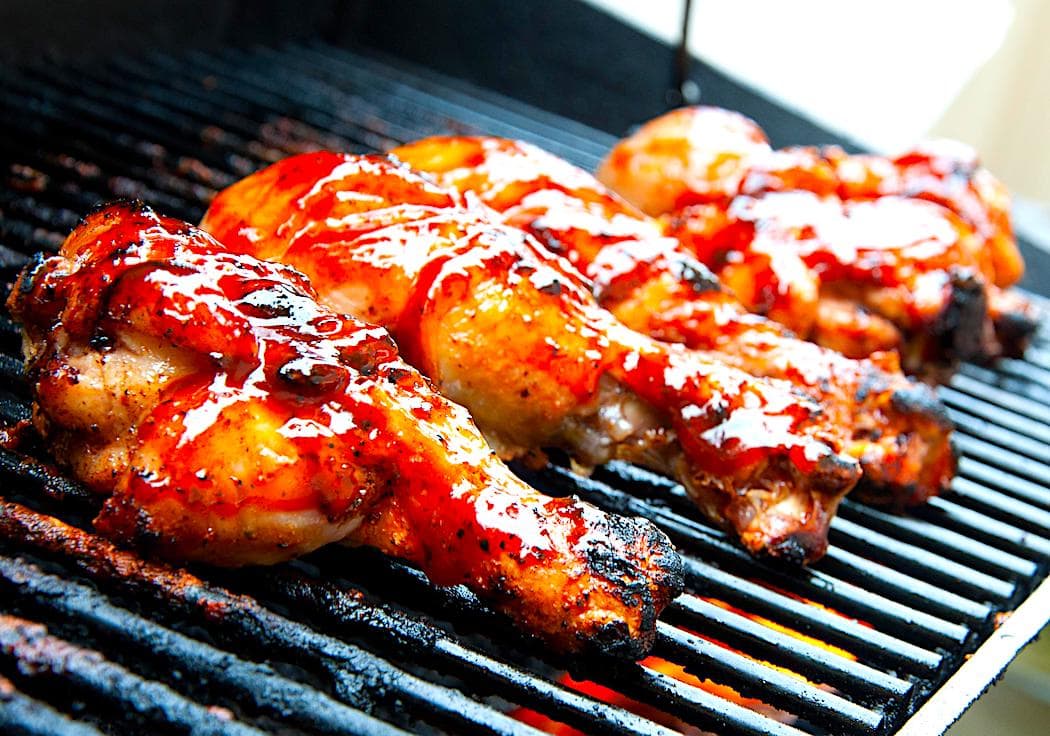 Citizens, the weeks of quarantine continue to grind on unabated here in the United States, and in fact throughout the globe – sadly, Australia very recently closed its borders to all people from outside the country. Specifically, passengers are not allowed to transit or enter Australia, except for nationals of the country, immediate family members of nationals, permanent residents and their immediate family members, airline crew and diplomats.

Also, nationals of Australia are not allowed to travel out of the country, except those with a residency in another country, airline and maritime crew and associated safety workers, those traveling to offshore facilities for essential work and people traveling on official government business. A truly unfortunate situation for all concerned, so we must make do with memories or dreams until the pandemic situation is under control – for those outside the country, the meal most synonymous with Down Under is assuredly BBQ. Today I share with you my fever dream of Australian BBQ sauce as interpreted by the Saucier Supreme who ALONE is TFD. It is redolent of all things delicious from Down Under, as you shall soon discover for yourselves!

Australian BBQ is of course quite glorious and its history is fascinating, as noted in this excerpted article from australianfoodtimeline.com.au:

The term ‘barbecue’, referring to a cooking method was certainly known in England well before the First Fleet departed for Botany Bay. But it was little used in Australia until the mid-1800s, and then normally in reference to events held in America.The first use of the term for an Australian event seems to be a report of the Waverley Bowls Club’s Leg o’ Mutton Barbecue in 1903.

The tradition of the BBQ as an event, not just a cooking method, first took hold in America, particularly in the south. BBQ’s were often associated with political campaigns, where the candidate funded the food and plentiful supplies of drink in an effort to curry favour with voters. These events, where whole beasts were roasted over pits of coals, were widely reported in the Australian press. The menu, according to one article, was ‘generally limited to meat, bread, beer, wine and cigars’.

Giant public feasts including whole roasted bullocks certainly occurred throughout Australia’s early days. William Wentworth celebrated the departure of the unpopular Governor Darling with a huge roast at Vaucluse House in 1831. In 1884, the townsfolk of Mudgee celebrated the arrival of the railway with a ‘bullock roast‘ as well as a civic reception, torchlight parade and ball.

But they weren’t called barbecues. In fact, the general population needed the term explained to them for decades. In 1861, the Newcastle Chronicle and Hunter River District News drew upon Johnson’s definition to inform readers that ‘ A hog barbecu’d is a West Indian term, and means a hog roasted whole, stuffed with spice, and basted with Madeira wine’. In Australia’s fledgling coffee industry, the word retained a meaning more closely related to the original ‘barbacoa’. For coffee growers, the barbecue (sometimes spelled barbacue) was the rack on which the coffee berries were cured.

By 1887, the definition had expanded. The Tasmanian told readers that “A barbecue is a term used in America to express any great gathering of people where any large animal, such as an ox or a hog, is dressed whole and partaken off by those assembled”. By 1915, though, there was a much more modern definition, printed as a throw-away in many newspapers: “What’s a barbecue, Dad?” “A barbecue is an affair where you smack your lips over grub you’d turn your nose up at at home.”

It was in the early 1900s that events called barbecues emerged in Australia. The Waverley Bowls Club function was almost certainly among the first. According to a report in the Sydney broadsheet the Arrow, it failed to provide any actual legs of mutton, but offered lamb and pork. In 1920, Sydney papers advertised a public BBQ in Barbecue feature, Australian Women’s WeeklyMartin Place to promote Peace Bonds. “A bullock given by the Master Butchers’ Association will be roasted in one piece…The fires will be lighted at 6 a.m., in one of the sand drays of the City Council, and will be ready at 1 o’clock,” they promised.

At this time, the backyard barbecue was still well in the future. It took decades to move from the public to the private, from the whole beast to chops and sausages. But by the 1950s the idea of the barbecue had taken hold, eventually becoming an ingrained part of our national psyche. The Australian Women’s Weekly’s outdoor living feature in 1953 gave detailed instructions for building your own brick barbecue.

Then, in the mid-’60s, the gas barbecue arrived. American purists, who hold that smoke is the essential element of a barbecue, would not accept that sizzling a few chops on a metal plate was in any way the real thing. But gas-fuelled ‘barbecues’ popped up in parks all over the country, sausage sizzles sprouted outside hardware stores and election-day polling booths and Australia was even promoted to the Americans by Paul Hogan ‘bunging another shrimp on the barbie’. In its various forms, the barbecue was here to stay.

My version of Aussie BBQ sauce include a few ingredients that you are assuredly familiar with, such as Australian ginger juice and the infamous Vegemite, and then going all the way to far less well-known ingredients such as wattle seed, finger limes, ‘Muskie’ lifesavers flavored with – unsurprisingly – musk, Tasmanian pepper berries and Australian pepper leaf. Lager, of course is practically its own essential food group in Australia and is well-represented in the recipe, as well as less obvious Aussie touches like wasabi (there is a strong Japanese influence in the country), English mustard powder (as many non-Aborignal peoples in the country are descended from British prisoners exiled there in the 19th century) and mango (there is also a large Indian population in the country). You can find other ingredients such as jalapeño powder, Jane’s Krazy Salt, wasabi powder and Pomi brand strained tomatoes at their respective links.

Citizens, my complex BBQ sauce recipe is guaranteed to electrify your taste buds and give you an uncontrollable need to visit the glory that is Australia – I hope you see fit to do so as soon as quarantine is lifted there and come to appreciate its supreme glories as much as I do!

Citizens, if you are able to fire up the barbie during your own quarantine, please do so with my sauce of sauces! Try enjoying your BBQ meal with a delicious Australian dessert such as pavlova! I have every confidence it will become your go-to secret condiment for flame-kissed meat moving forward!