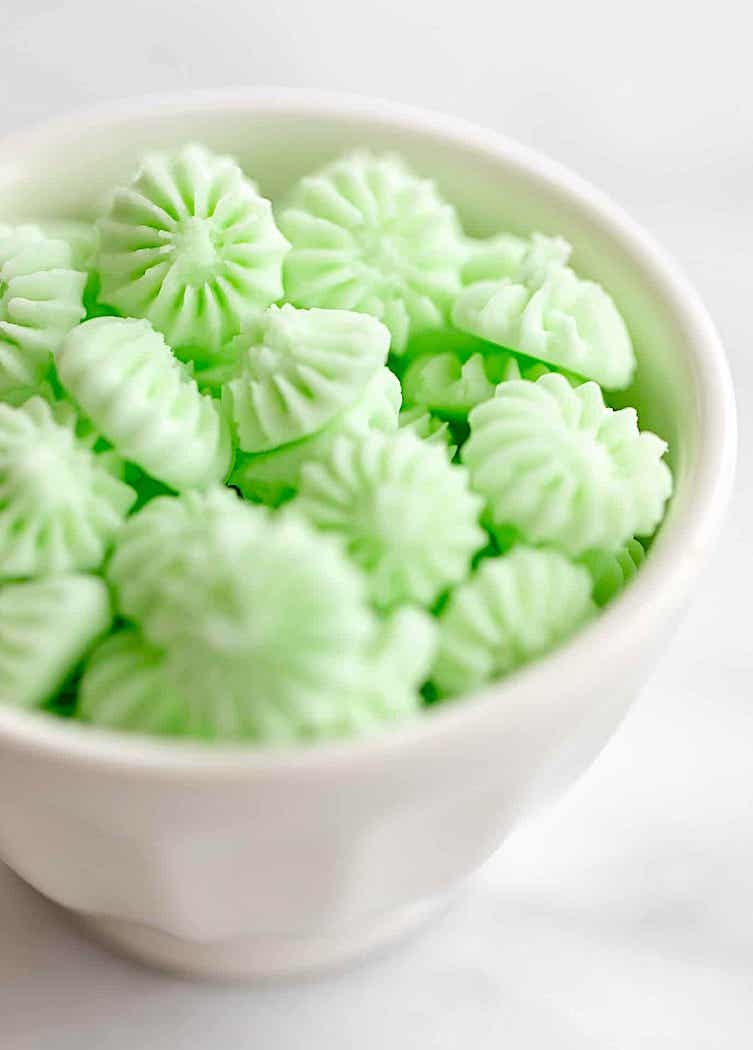 My Citizens, we are sadly now entering the next surge of the pandemic, and the world’s population is once again retreating back into their cocoons of safety and seeking comfort foods to assuage fear and fatigue. Fear not, the Hetman of Heritage Recipes, YOUR TFD – as always – has your back!

Few recipes of the past hold the combined nostalgia, comfort and sheer deliciousness of butter mints, but mine are no mere pedestrian butter mint – no, this superlative recipe from the fevered imagination of your Beloved Leader instead focuses on a nearly lost flavor from the past: Wintergreen!

If you’re a certain age and like me used to enjoy the Wintergreen-flavored Life Savers candies, you know how strong that mint flavor is – and the unique sparks that resulted when you bit down on them! The explanation is well-expounded on coolscience.com:

Triboluminescence is not very well understood by scientists, but most think it is similar to the lightning you see during storms or during one of our cool electricity demonstrations, which is actually a type of plasma discharge. Many materials, like the sugar in this experiment, have a very special crystalline structure that causes electrons to be ripped away from the nucleus of their atoms.

Since electrons have a negative electrical charge and the protons in the nucleus have a positive charge, separating these charges can create an electrical field strong enough to rip electrons off gas molecules in the air, a process called ionization, and creates a localized plasma.

These plasma ions can then slam into other molecules and transfer energy which causes them to emit photons of light. Those are the flashes you observed. Most of the light energy is emitted in the ultraviolet (UV) part of the electromagnetic spectrum, which is just outside the range of light that is visible to humans, but fortunately there is a bit of violet and blue light that we can see.

You should have noticed that the flash of light from the Wint-O-Green Life Saver was significantly brighter, and may have also seemed to last a little longer. This is because Wintergreen, the flavoring used in these mints, is a natural fluorescent dye called methyl salicylate. Fluorescent molecules can absorb energy of short wavelengths and emit their own light at a longer wavelength. In our experiment the Wintergreen in the mint absorbs a lot of UV energy that we can’t see, and emits greenish-blue light which we can see, so it appears much brighter to us.

Here is a video showcasing examples of the spark effect:

As for Wintergreen itself, it is possessed of a fantastically-strong mint flavor, yet is despite all that not a mint at all! Wintergreen is actually a group of aromatic plants. The term “Wintergreen” once commonly referred to plants that remain green (continue photosynthesis) throughout the winter. The term “evergreen” is now more commonly used for this characteristic.

Most species of the shrub genus Gaultheria demonstrate this characteristic and are called Wintergreens in North America, the most common generally being the American Wintergreen (Gaultheria procumbens).

Wintergreens in the genus Gaultheria contain an aromatic compound, methyl salicylate, and are used as a mintlike flavoring. Wintergreen berries, from Gaultheria procumbens, are used medicinally. Native Americans brewed a tea from the leaves to alleviate rheumatic symptoms, headache, fever, sore throat, and various aches and pains. Wintergreen has a strong “minty” odor and flavor; however, the Gaultheria-genus plants are not true mints, which belong to the genus Mentha.

During the American Revolution, Wintergreen leaves were used as a substitute for tea, which was scarce. Wintergreen is a common flavoring in American products ranging from chewing gum, mints, and candies to smokeless tobacco such as dipping tobacco (American “dip” snuff) and snus. It is a common flavoring for dental hygiene products such as mouthwash and toothpaste. It is a component of the American-origin drink root beer.

Wintergreen oil can also be used in fine art printing applications to transfer a color photocopy image or color laser print to a high-rag-content art paper, such as a hot-press watercolor paper. The transfer method involves coating the source image with the Wintergreen oil then placing it face-down on the target paper and pressing the pieces of paper together under pressure using a standard etching press.

Wintergreen oil is an ingredient in some popular vegetable-oil based lubricants used in firearm maintenance. These products, sold under the names Seal1 and Frog Lube, are proprietary blends of vegetable oils intended to clean, lubricate and preserve the metal surfaces of firearms. They have the advantages over petroleum-based products of being non-toxic and biodegradable. Artificial Wintergreen oil, which is pure methyl salicylate, is used in microscopy because of its high refractive index.

Wintergreen also is used in some perfumery applications and as a flavoring agent for toothpaste, chewing gum, soft drinks, confectionery, Listerine, and mint flavorings. Another non-culinary application is rust removal and degreasing of machinery. Wintergreen is particularly effective for breaking through sea water corrosion. Wintergreen oil has also been shown to be beneficial in the restoration of the flexibility to hardened rubber components.

Quite the versatile flavoring, wouldn’t you agree?

The liquid salicylate dissolves into tissue and also into capillaries and hence some will enter into the blood stream where it could present similar risks to some aspects of Aspirin for certain people, such as those with thrombosis.

Please remember that anyone who has sensitivity to aspirin WILL have a similar sensitivity to Wintergreen (which is also a salicylate like aspirin), so please ask before serving these to strangers! 20 drops of Wintergreen essence are the equivalent of 6 full-sized aspirin, so use it sparingly! If you have any concerns, substitute peppermint extract instead.

As for butter mints, they are a relatively recent creation – Thomas Richardson first made the melt-in-your-mouth mint in 1893, where it was sold at the counter of a Philadelphia department store. It descended from the sugar stick, dating back to the 17th century, but with a special addition: butter. This made the mints soft and delicious, and modern recipes use not just butter but cream cheese as well.

Mine include a special TFD touch – coconut oil, which not only makes the mints supremely-tender but adds a deliciously ephemeral taste of coconut as well! I also add a bit of vanilla extract to provide a truly palate-satisfying flavor that only a recipe from TFD’s magnificent imagination is capable of delivering! The only Wintergreen essence I endorse is this one – it’s all-natural and has an incredibly potent flavor profile to it!

Stay safe, my Citizens – the next few weeks and months will be difficult to bear, but we shall overcome as a single unified TFD Nation! 🙂 If you are looking for an equally nostalgic and comforting main dish to pair these with, I’d personally recommend my renowned recipe for chicken with dumplings! 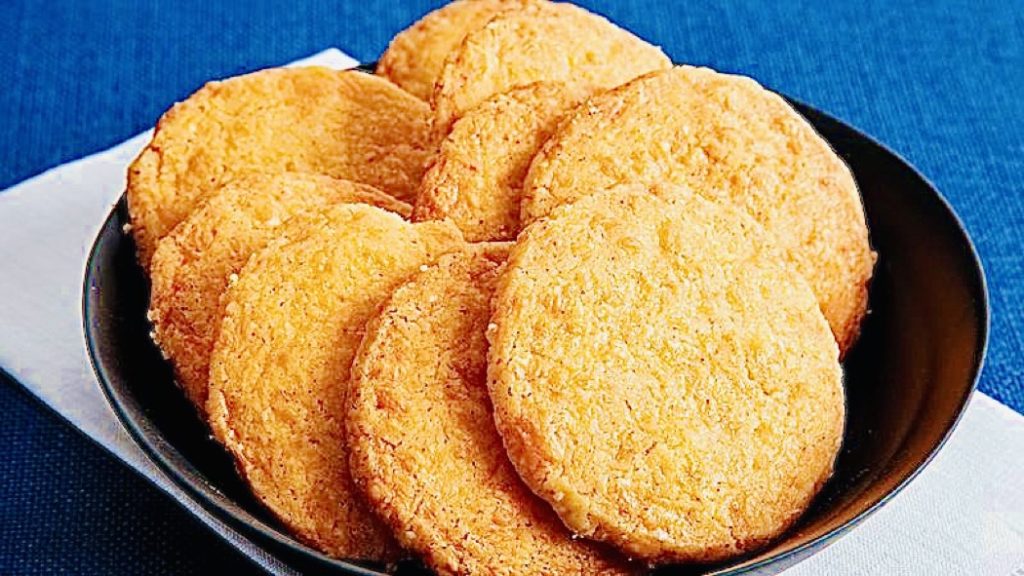