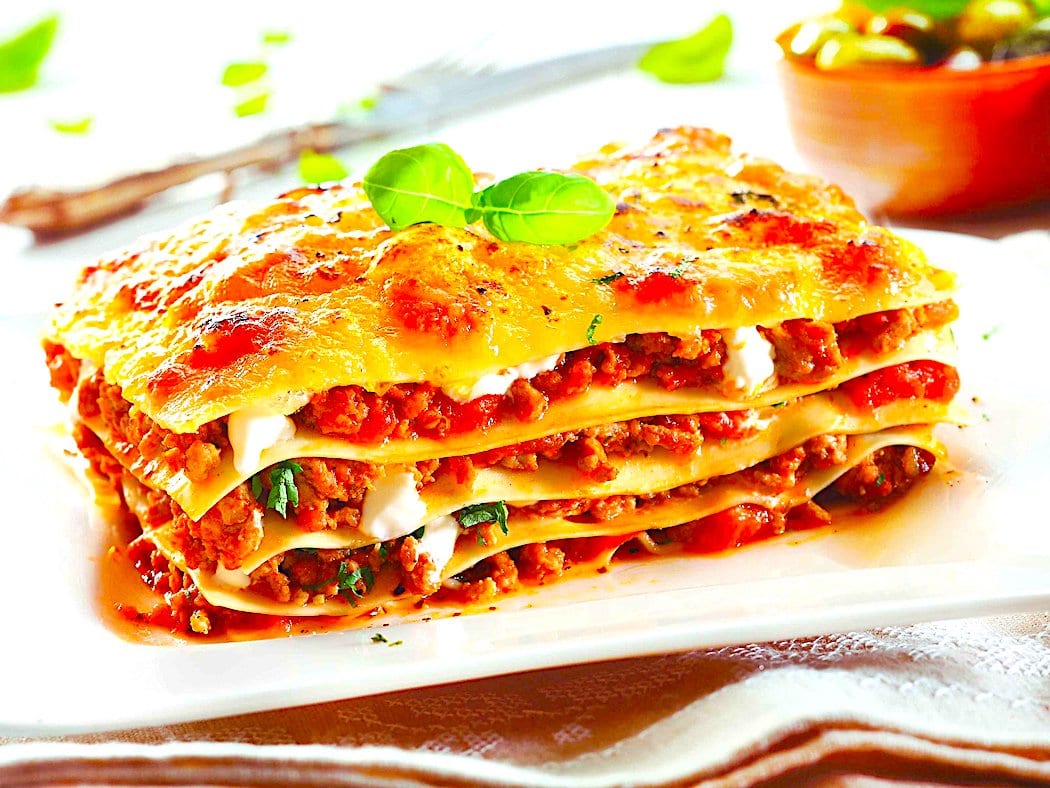 Citizens, I, the Incomparable One – YOUR TFD! – just had a divine thought manifest itself within Me: I want to end our COVID-19 pantry recipe series with lasagna, the most crowd-pleasing of pastas! Not only does it serve a lot of people, but it is easily made with ingredients you assuredly have in your pantry already and freezes exceptionally well.

However, being that TFD walks his own stately path on the royal road of gastronomy, I give you not any mere pedestrian lasagna – no, I give you Pasticho Venezolano! This is lasagna as made in Venezuela, home to a very large community descended from Italian immigrants and a delicious new take on the classic!

Pasticho (Pasticho Venezolano) is the Venezuelan version of lasagna, as previously noted. Venezuela actually follows Italy’s lead in its love for pasta and is in fact the second-highest country for pasta consumption worldwide! It’s ‘basically’ lasagna, but when this dish arrived in Venezuela thanks to Italian immigration, its name changed. After the Second World War many Italians emigrated and came to Venezuela, many businesses were created including Italian restaurants.

As noted on the excellent food site thespruceeats.com:

Venezuelan food is melting pot of European cuisine (especially Italian, Spanish, and French), African cuisine, and traditional dishes from indigenous cultures. Within the country there is a lot of culinary diversity as well.

Along the coastline, fish, shellfish, fish soups, fish stews, and dishes with coconut are abundant. In the mountainous regions of the Andes, the food is quite different. Whereas arepas are traditionally made with cornmeal everywhere else in Venezuela, in the Andes they are made with wheat. Also common in the Andes are cured meats and sausages and freshwater trout from the many Andean lakes and streams.

In the tropical regions of the Amazon, yucca, corn, beans, bananas, turtles, tapirs, and birds are the order of the day. A typical bread is casabe, made out of yucca flour.

Some dishes are popular throughout the country, but each region of Venezuela puts its own spin on the same dish.

There are a couple of key differences to distinguish Venezuelan lasagna from the Italian version. Instead of ricotta cheese, the pasta is covered with a creamy béchamel sauce. The tomato meat sauce is also uniquely seasoned with both soy sauce and Worcestershire sauce as well as a hint of cilantro. It also includes ham slices between the layers of pasta, adding even more meaty savoriness to the final dish!

This is indeed a recognizable lasagna in the classic motif, but with some surprising and delicious new accent flavors. One seasoning that really adds a latin flavor to the dish is Adobo – if you don’t have it, you can purchase it here or simply leave it out, though I dearly enjoy it with.

Citizens, I truly hope you enjoy this delicious fusion of South American and Italian taste sensibilities – consider enjoying it with a tropical drink from Venezuela’s neighbor, Colombia! While this may be a bit different from the Italian recipe we all know and love, I promise you this – it will reinvigorate your palate regarding a dish that deserves to be experienced in this unique tropical variant, direct from My unsurpassed blog to your mouth!