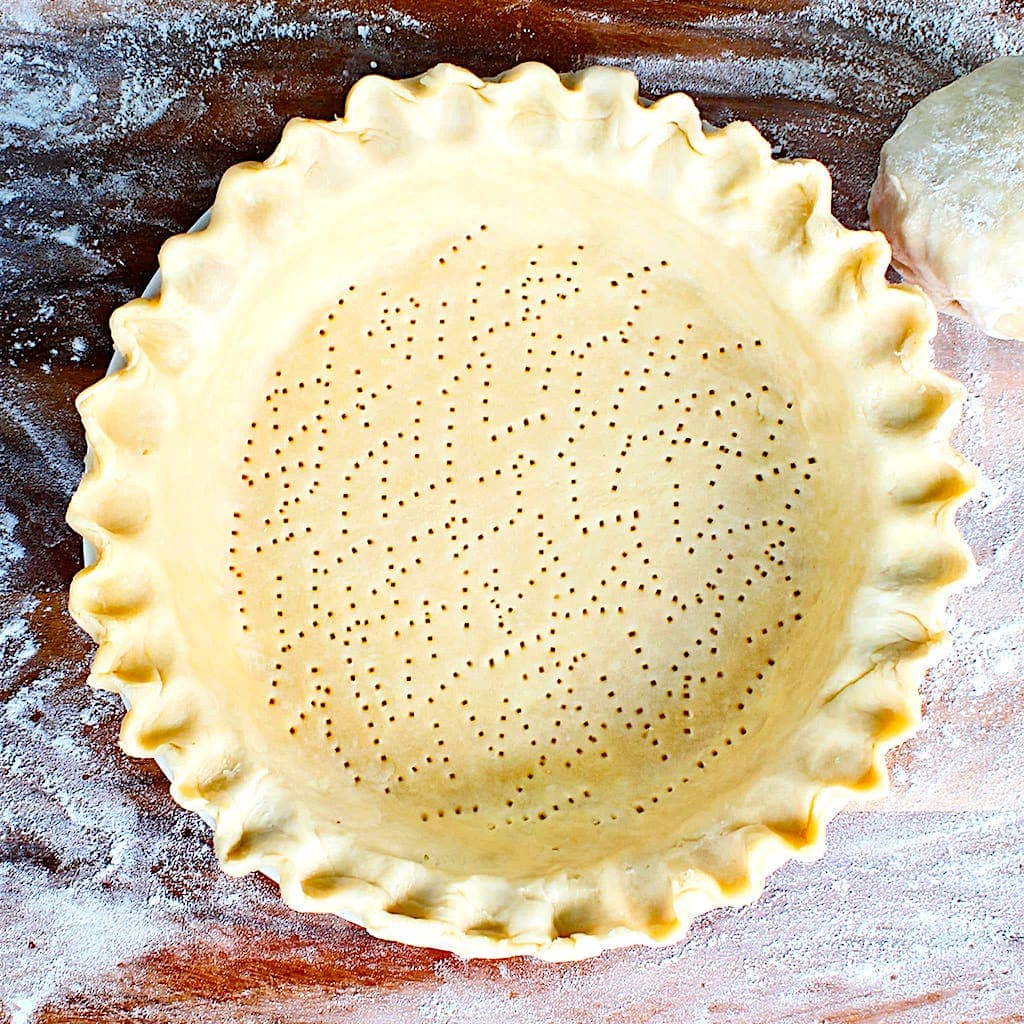 Citizens! It is an incontrovertible fact that baking in all its myriad forms has become an art form now studied by many of us during the worldwide shelter-in-place. So much so that flour and yeast have become scarce commodities indeed, although they still can be found at restaurant supply sites and bakery wholesalers in reasonable quantities.

I, the Baron of Baking, the Khan of Connoisseurs – YOUR TFD! – shall today share a hitherto unpublished recipe for my ULTIMATE pie crust as a way to assuage your quarantine boredom and encourage your culinary apotheosis, mirabile dictu!

Unlike our forefathers of yesteryear, today we view the crust of any good pie as the make or break moment for those of us who tread the path of true baking perfection. Getting it right is NOT easy and involves a perfect balance between ingredients, flavor and technique – all of which are in divine harmony in my recipe! To start, you need to follow my instructions EXACTLY – there is no room for extemporaneous exposition here, the details are there for a reason!

Most importantly, you must follow my instructions on chilling all the ingredients ICE COLD as noted, and also cutting in the fats in the prescribed manner – this will guarantee a supremely flaky result!

Next, I strongly recommend using pastry flour if you have it – if you don’t, never fear: you can use regular A/P flour, but the result is less transcendent. Normally, TFD frowns on substituting ingredients in my recipes, but it IS quarantine, after all…so I shall be both lenient and merciful.

My secret dry ingredient is putting in a touch of European-style Ovaltine, which adds a delicious malt flavor to the crust that I dearly love – try it and you too shall bend the knee as others have to my creative culinary genius! The reason for the unusual name of my recipe – VaVaVoom – is two-fold. First, its definition perfectly fits my recipe. Second, the 3 V’s refer to my 3 secret liquid ingredients: Vanilla extract, Vinegar and Vodka.

Unlike water, alcohol does not contribute to the formation of gluten, the network of proteins that can cause a crust to turn leathery. Because the alcohol burns off quickly in the oven, drying out the crust, we thus add vodka instead of water to keep the dough extremely supple. !

Vinegar also helps tenderize pie dough because it too inhibits gluten development, leading to a crust that is flakier and easier to work with. Fear not, you won’t taste either the vodka or vinegar in the final product. You will however taste the vanilla extract – since it is alcohol-based, it too burns off quickly to contribute to the texture of the crust, but also adds a delicious hint of vanilla that complements any pie filling!

I have every confidence you will find my ultimate pie crust to be the perfect match to your favorite pie of repute. Do try it as soon as possible and make your Dictator proud as you feed your family baked goodness in this time of doubt and crisis and soothe their strung-out nerves in the process. It would be particularly delicious as the crust for my favorite buttermilk pie, as just one example!