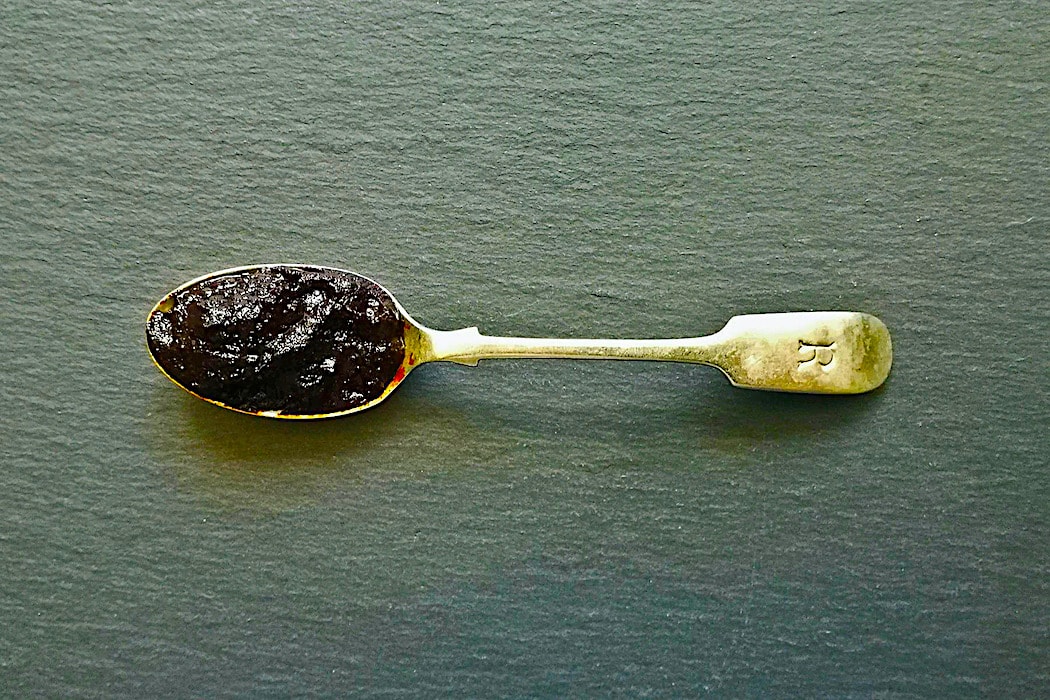 Citizens! the Ueekata of Umami, the Faama of the Five Flavors – YOUR TFD! – has manifested a Divine thought within His capacious cranium and I have deigned to once more share my cornucopia of gastronomic wisdom with all of TFD Nation! The observant amongst you may have noticed I said the *five* flavors – the normal ones are sweet, salty, bitter and sour, but there is indeed a fifth flavor and that is umami.

Today’s recipe is ALL about this near-legendary taste and it is by far my favorite – nearly all of TFD’s savory recipes incorporate umami into the layered flavor alchemy that is the hallmark of my cooking style!

Interesting fact – I minored in neurobiology during college and was actually doing graduate-level experimentation in my freshman year – and my research centered (unsurprisingly) around taste! The university had the great foresight to recognize my gifts and allowed me to do this despite only being 18. For the record – I determined conclusively via an experiment I designed that taste is indeed based on chemical receptors and is not perceptual. That research is still regarded as groundbreaking to this very day! 😀

…but back to business!

Umami or savoriness is one of the five basic tastes (together with sweetness, sourness, bitterness, and saltiness). It has been described as savory and is characteristic of broths and cooked meats.

People taste umami through taste receptors that typically respond to glutamates, which are widely present in meat broths and fermented products and commonly added to some foods in the form of monosodium glutamate (MSG) or related substances. Since umami has its own receptors rather than arising out of a combination of the traditionally recognized taste receptors, scientists now consider it to be a distinct taste.

A loanword from the Japanese (うま味), umami can be translated as “pleasant savory taste”. This neologism was coined in 1908 by Japanese chemist Kikunae Ikeda from a nominalization of umai (うまい) “delicious”. The compound 旨味 (with mi (味) “taste”) is used for a more general sense of a food as delicious.

Scientists have debated whether umami was a basic taste since Prof. Ikeda first proposed its existence in 1908.In 1985, the term umami was recognized as the scientific term to describe the taste of glutamates and nucleotides at the first Umami International Symposium in Hawaii. It can be described as a pleasant “brothy” or “meaty” taste with a long-lasting, mouthwatering and coating sensation over the tongue.

Its effect is to balance taste and round out the overall flavor of a dish. Umami enhances the palatability of a wide variety of foods. Glutamate in acid form (glutamic acid) imparts little umami taste, whereas the salts of glutamic acid, known as glutamates, give the characteristic umami taste due to their ionized state. GMP and IMP amplify the taste intensity of glutamate. Adding salt to the free acids also enhances the umami taste.

Glutamate has a long history in cooking. Fermented fish sauces (garum), which are rich in glutamate, were used widely in ancient Rome, fermented barley sauces (murri) which are rich in glutamate were used in medieval Byzantine and Arab cuisine, and fermented fish sauces and soy sauces have histories going back to the 3rd century in China. In the late-1800s, chef Auguste Escoffier, who opened restaurants in Paris and London, created meals that combined umami with salty, sour, sweet, and bitter tastes. He did not know the chemical source of this unique quality, however.

Umami was first scientifically identified in 1908 by Prof. Ikeda, where he found that glutamate was responsible for the palatability of the broth from kombu seaweed. He noticed that the taste of kombu dashi was distinct from sweet, sour, bitter, and salty and named it umami. By 1908, he had isolated brown crystals of glutamic acid (glutamate) which conveyed the characteristic flavor.

Prof. Ikeda also studied other foods to see if they contained umami, and confirmed that glutamate was responsible for part of the savory flavor of meat, seaweed and tomatoes. He believed that humans likely developed a taste for glutamate because it signaled the presence of proteins. Today, MSG is the primary way many chefs can quickly add umami to their dishes, though umami can also be added via a plethora of ingredients that have umami as well. MSG is in fact the chemical basis for the umami flavor, so Prof. Ikeda chose to call it Ajinomoto (味の素, “essence of flavor”).

By 1909 he had developed a process for mass-producing MSG and was able to extract MSG from wheat and defatted soybean as well as kelp, and patented the process for its manufacture. Today, MSG is mass-produced from fermented cornstarch, sugar cane or beets. As of this year, his Ajinomoto Co., Inc. employs more than 32,000 people and makes $10B per annum. Thanks to his pioneering work, MSG ranks today as one of the top flavor enhancers after salt and pepper.

Now as to my recipe – I’ve created a savory tomato-based paste that is truly the essence of umami, and it is one of the most umami-laden tastes to ever cross my jaded palate! I use a wide range of ingredients in my umami paste, all of them rich in this precious flavor! Most of them are readily available – for your reference, this is my preferred brand of demiglace, I only use Ortiz-brand anchovies in all my recipes, and this is my preferred brand of fish sauce. I also add in some dried miso (and a bit of natural MSG) by using the flavor packet from a red miso soup – this is my go-to brand.

You can quite literally add this paste in any amount, to any savory recipe you might desire, my Citizens! It is truly one of the most delicious things you will ever try – of this, TFD swears upon the River Styx as the Grecian Gods did of old to seal their most solemn vow!