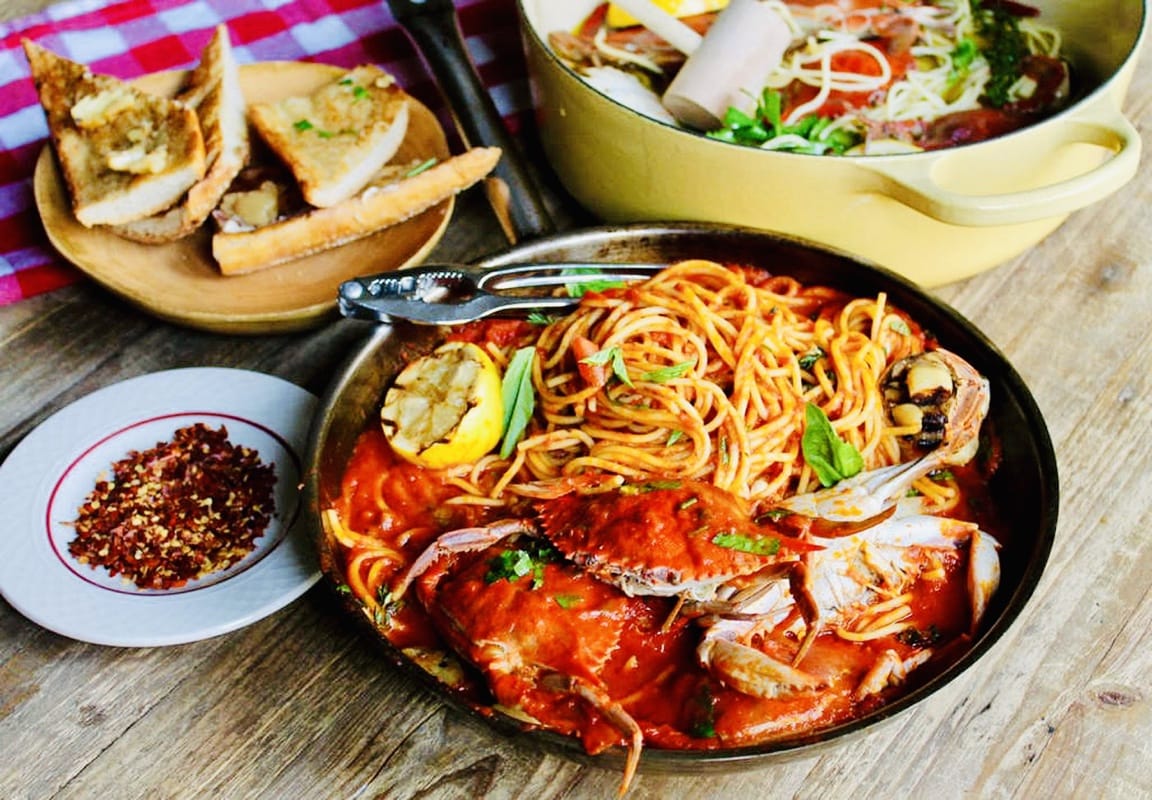 My glorious Citizens, it is a veritable fact that Philadelphia is the city of Brotherly Love – but do you realize where that monicker actually derives from? It comes from the name of the city itself, which is ancient Greek in origin! Yes, the name Philadelphia comes from the Greek words ‘phileo’, meaning love, and ‘adelphos’, meaning brother. Hence, “the City of Brotherly Love”! 😀

The famous dishes of this great city are legion, and we all know them by heart, right? Cheesesteak, pork and broccoli rabe sandwiches, soft pretzels, hoagies, snapper soup, spaghetti and crabs… – wait, you don’t KNOW about spaghetti and crabs?! Well, allow the Sagacious One to educate you, because this is a true taste of Philly’s Italian heritage, served almost only in homes, not restaurants!

Crabs and Italy have a long and distinguished history, going all the way back to ancient Rome, in fact! Crabs and crustaceans were considered a delicacy in ancient Rome. In particular, Apicius, a well known “foodie” of his day and age, described how to cook crustaceans in his famous book, De Re Coquinaria.

Legend has it that when he learned that there were extremely large shellfish living along the coast of Libya, he hired a boat and sailed there just to try them. Once he arrived and discovered that the local shellfish were almost identical to those found in Rome, he turned around and came back to Italy without even debarking! Truly a man after TFD‘s gustatory heart!

The Italian Roman Catholic feast of the Assumption on August 15th may have some connection with this recipe/meal in modern America, as it is traditionally enjoyed at the end of the Summer in not only Philadelphia, but the nearby regions of South Jersey and Maryland as well.

As to Philly’s Italian heritage – well it is profound indeed!

During the 18th Century Colonial Era of the United States, Italian migrants to Philadelphia came from higher-class backgrounds and were considered to be accomplished in business, art, and music.  Many early Italian settlements appeared in South Philadelphia. Italian immigrants from this period predominantly originated from towns within Genoa Province, Liguria, including Genoa and Chiavari, while only a small number came from Veneto.

Donna J. Di Giacomo, author of Italians in Philadelphia, wrote that the first population was “in much smaller numbers” than the mass immigrant groups of the late 19th Century. At the time, many Americans had a positive view of classical culture and their view of Italian immigrants was more positive. Among the immigrants of this first period, Lorenzo Da Ponte, immigrated in 1804, will play a significant role in bringing Italian language and culture in the United States, as well as introducing Italian Opera in America.

In 1819, Silvio Pellico wrote in “Breve soggiorno in Milano di Battistino Barometro” that Italian immigrants were going to Philadelphia. Charles L. Flynn, Jr. of Assumption College stated in his book review of Building Little Italy that the Philadelphia Italian “community” didn’t actually form until the 1850s and 1860s, when it achieved enough size to do so. There were 117 Philadelphia residents known to have been born in Italy. By the 1870 census this increased to 517, with 82% of them living in South Philadelphia.

In the end of the 19th Century Italians immigrating to Philadelphia mainly came from peasant villages in the south of Italy and were from lower socioeconomic backgrounds. During that era, most Italians came to the United States in order to make more money, but the vocational skills they had learned in Italy were not in high demand in the U.S. Immigrants in the later period originated from Abruzzo, Avellino and Salerno in Campania, and Messina in Sicily. The public had a more negative perception of the poorer Italians, especially as the media focused on crimes and bad behavior.

Eventually, the City came to embrace all of its Italian immigrants, and it was in the homes of the second wave that this dish has its genesis. As noted in a recent article on inquirer.com:

The relatively straightforward recipe, with crabs sautéed in garlic and oil then simmered in San Marzano tomatoes, descends from Angela’s great-grandmother, Maria Palestini, who immigrated to West Philadelphia in 1910 from the Abruzze coastal town of Giulianova.

Of course, blue crabs are not native to Europe’s coast. But there are a number of similar tomato-based seafood stews along the Italian coast, such as brodetto or cacciucco, and these recipes were simply adapted by immigrants in the spirit of their culinary traditions to a bountiful new seaside landscape.

“If Philadelphia was a province of Southern Italy,” he said, “this is how would they handle these indigenous ingredients.”

But over the last century of Italian American cooking, crab gravy has evolved into a distinctive Philadelphia-South Jersey summer ritual, an obsession-worthy subgenre of Mid-Atlantic regional cooking. And there are as many variations as there are Sunday gravy pots across the region, with seafood stepping in for a lighter summer cameo where the meatballs, braciola, and sausage would normally star.

The simplest versions of this recipe are made by home cooks and are basically just crabs simmered in tomato sauce for several hours and then the resultant oceanic bliss is served over spaghetti. Simple as that. On the other end of the spectrum is the epic version served at the legendary Palizzi Social Club private eatery – this of course is the basis for my recipe, and I have made only a few changes to this ne plus ultra version!

First, I added a lot more garlic – because I love garlic and who doesn’t?! Second, I added an optional touch of Asian fish sauce to deepen the seafood flavor and add umami – this is my preferred brand. Third, some freshly-ground fennel seed.

Lastly, in honor of the first wave of Italian immigrants to Philly from the North of Italy, I’ve added to the spaghetti some of the Northern Italian lemon/garlic/herb seasoning known as gremolata – this is optional but again I find it elevates the dish to new heights when used.

My Citizens, this is a classic dish of the mid-Atlantic region of the U.S. that is guaranteed to convert you to the one true religion that is Italian-American cuisine – and now is the best time to enjoy this dish of dishes, as we wind down the Summer together in the giant dumpster fire known as 2020. Try and enjoy this with another Italian-American favorite of mine – clams casino! 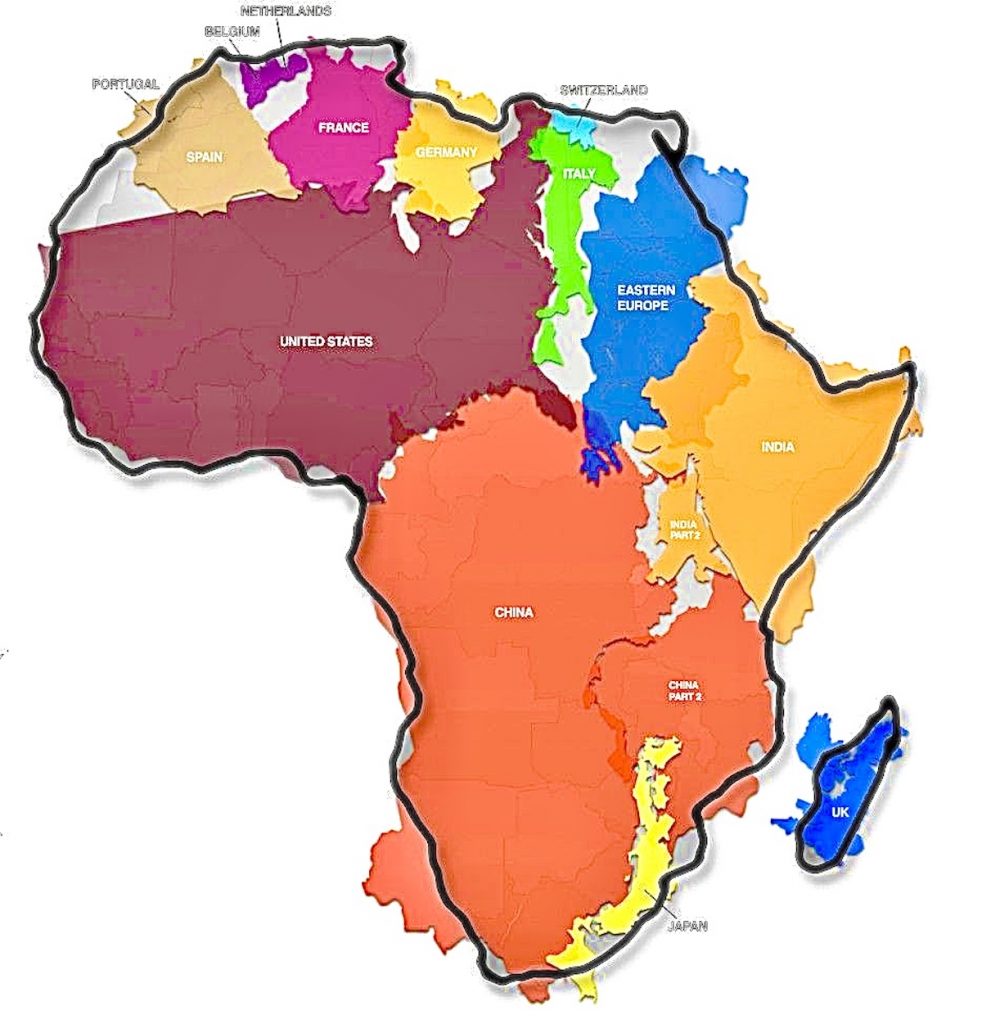 () My loyal Citizenry! Heed the clarion sound of My urgent klaxon, for it is Gabriel’s own veritable trumpet announcing – not the Apocalypse – but rather the glorious arrival of a new message from your beloved Suzerain! Engrossed by fevered thought in My luxurious ensuite in the moments before dawn, My incessant tossing instead…