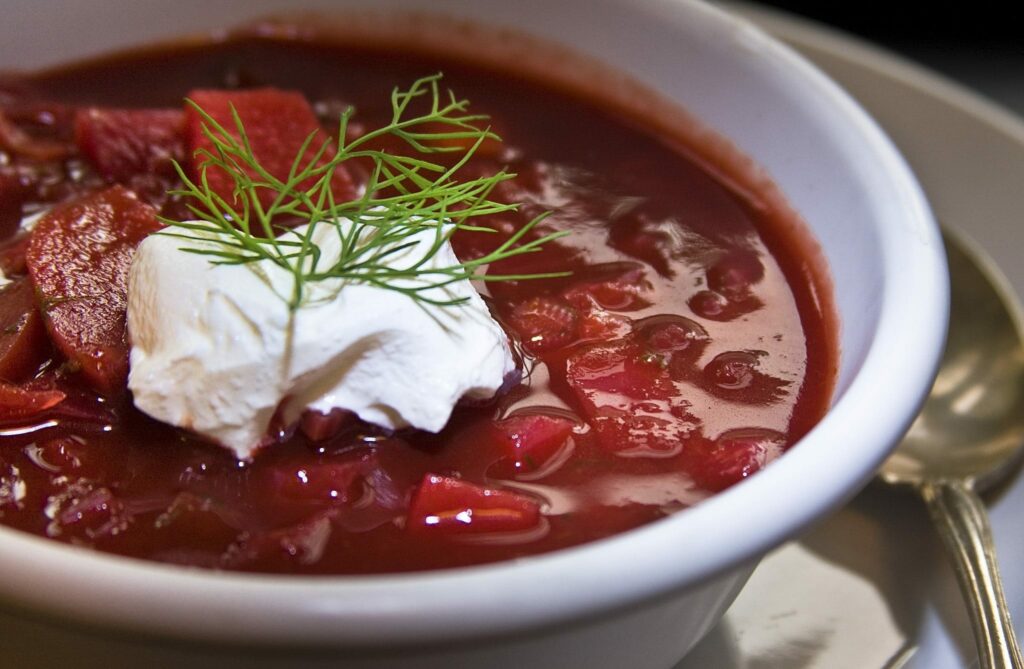 Citizens, borscht is a soup of Ukrainian origin that is popular in many Eastern and Central European cuisines, including those of Poland, Russia, Ukraine and Belarus. In most of these countries, it is made with beetroot as the main ingredient.

Borscht (Ukrainian борщ and Yiddish באָרשט) has entered the English vernacular thanks to the early 20th century wave of Ashkenazic (Eastern European and Russian Jews) who brought the soup with them.

Interesting side note – the original Ukrainian word ends in “shch”, not “sht”. The “t” was substituted when the word was borrowed into Yiddish and then into American English from the Yiddish.

Since this soup entered the U.S. through the Jewish immigration wave, I thought I would try to create a version of the recipe that would have been enjoyed by the Jews of that period, who obviously kept kosher.

As noted with great historical depth on finedininglovers.com:

As an American living in Europe, I’m often asked if there’s anything I miss from back home. The first thing that comes to mind is breakfast. If there’s one breakfasting establishment I fantasize about, it’s the legendary New York establishment, Barney Greengrass.

There I don’t order the diner fare, but bialys with cream cheese and smoked sturgeon and glasses of cold Russian borscht, a beet soup that is a staple of Russian, and by extension Russian-Jewish immigrant, cuisine.

Part of the family of sour soups, borscht is originally Ukrainian, but features in numerous Baltic and northern Slavic cultures. There are various jewel-colored renditions of borscht, the beetroot-centered crimson version being the best-known.

You can find little-used recipes for a white borscht, also called sour rye soup (with a base of rye flour) and green borscht, packed with sorrel leaves. The consistent theme is that the soup has a sour taste, and that is can be eaten warm or cold.

These sour soups have an ancient predecessor that was consumed, historians believe, by early Slavic tribes. It was a foraged soup, prepared with pickled hogweed (also called cow parsnip or eltrot), which thrives in the wild, moist fields of the Baltic states and the expanses of Russia.

The word borscht, is Yiddish, but it derives from the proto-Slavic word for the hogweed plant, bursci. This plant would have been a regular, vitamin-packed part of the diet of roving Slavic tribes.

To preserve it, it was pickled, and then thrown into cauldrons of boiling water and animal bones and whatever other edibles they had to hand. This is a satisfyingly ancient, pragmatic history. So many dishes in this series were daintily designed by a 19th century French chef, and it feels resonant to eat something that has been eaten by our ancestors for a millennium, if not more.

Since observant Jews don’t eat pork, I stripped all the porcine elements out of the standard Ukrainian recipe and replaced the pork and bacon with beef and duck breast instead.

There is a LOT of meat in this soup, since I prefer it that way. You can certainly go back to the original recipe and use pork and bacon if you are so inclined.

The original recipe would have used bacon fat – I use duck fat mixed with salt, pepper and garlic in the true Ukrainian fashion (they would use pork fat) before it goes into the recipe to simulate bacon fat. Ukrainians would garnish the soup with a dollop of sour cream – observant Jews would not, since they cannot mix milk and meat in the same meal. I’ve thus made the sour cream optional.

Ukrainians would add some kvass, a fermented beverage commonly made from black or regular rye bread, to add sourness to the dish. I have substituted vinegar, as kvass is very hard to find unless you live in or near an Eastern European immigrant community (or make your own).

However you make it, Jewish-style or in the original porked out version, this recipe will impress and it is delicious – give it a try and see for yourselves, Citizens! 🙂 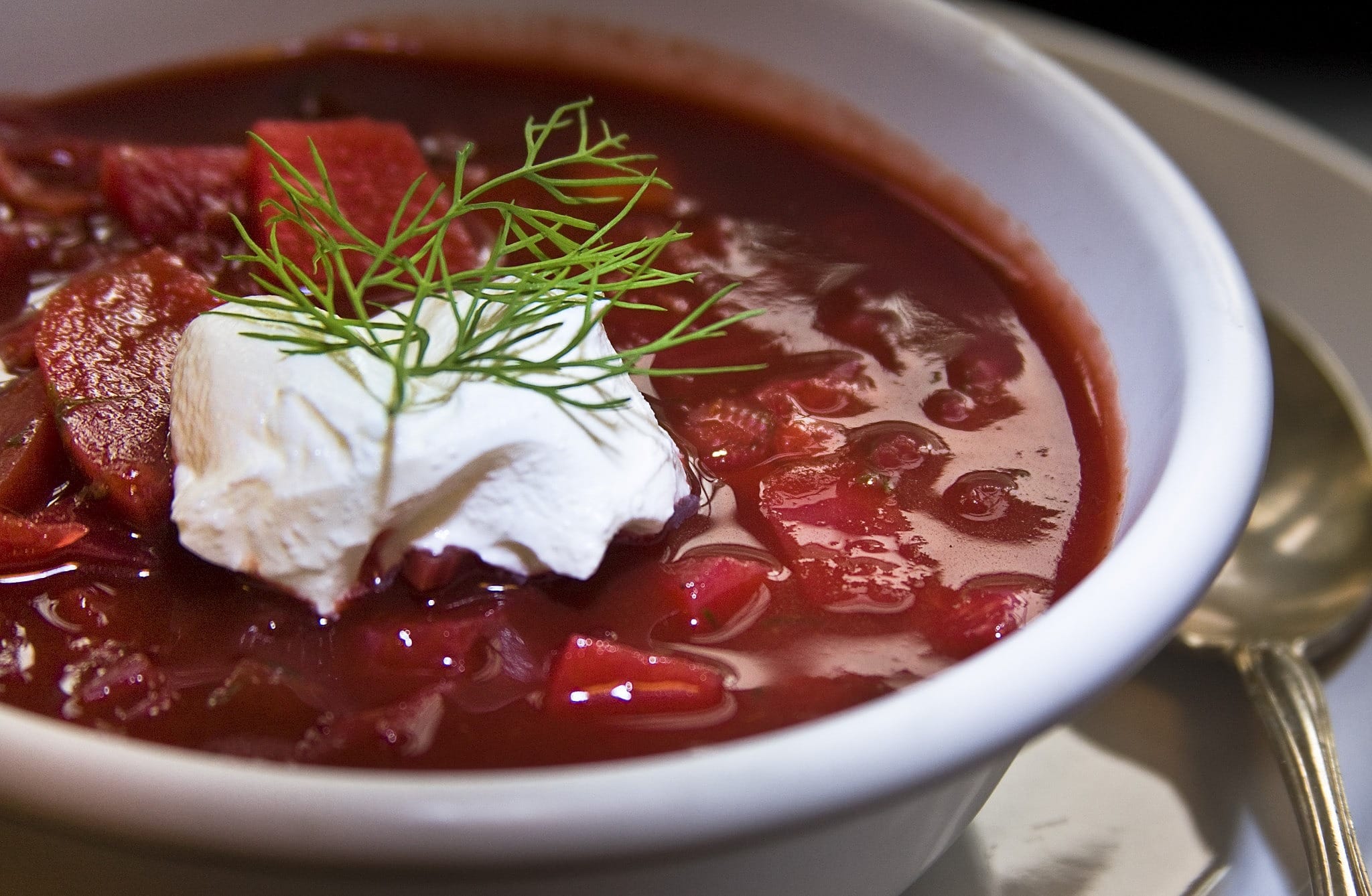