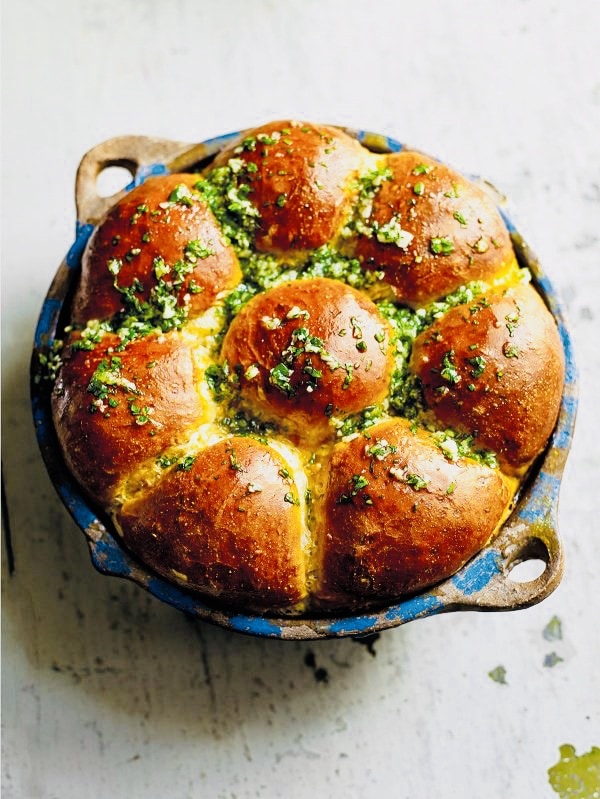 Citizens, your beloved Leader – the dignified yet ravenous TFD! – awaits the month of April with baited breath, as it will soon be wild Ramp season!

Allium tricoccum is a bulb-forming perennial with broad, smooth, light green leaves, often with deep purple or burgundy tints on the lower stems, and a scallion-like stalk and bulb. Both the white lower leaf stalks and the broad green leaves are edible.

Allium tricoccum is popular in the cuisines of the rural uplands of its native region. It is regarded as an early spring vegetable with a strong garlic-like odor and a pronounced onion flavor. Ramps also have a growing popularity in restaurants throughout North America.

The plant’s flavor, a combination of onions and strong garlic, is adaptable to numerous cooking styles. In central Appalachia, ramps are most commonly fried with potatoes in bacon fat or scrambled with eggs and served with bacon, pinto beans and cornbread. Ramps can also be pickled or used in soups and other foods in place of onions and garlic.

In Canada, ramps are considered rare delicacies. Since the growth of ramps is not as widespread there as in Appalachia and because of destructive human practices, ramps are a threatened species in Quebec.

According to West Virginia University botanist Earl L. Core, the widespread use in southern Appalachia of the term “ramps” (as opposed to “wild leek” which is used elsewhere in the United States) derives from Old English:

The name ramps (usually plural) is one of the many dialectical variants of the English word ramson, a common name of the European bear leek (Allium ursinum), a broad-leaved species of garlic much cultivated and eaten in salads, a plant related to our American species. The Anglo-Saxon ancestor of ramson was hramsa, and ramson was the Old English plural, the –n being retained as in oxen, children, etc.

The town of Cosby, Tennessee, bordering Great Smoky Mountains National Park, has held the largest and one of the oldest ramp festivals in the United States, the “Cosby Ramp Festival,” on the first weekend in May since 1954.

The festival has played host to as many as 30,000 visitors in years past, has been attended by ex-President Harry Truman, and has featured such notable musical acts as Tennessee Ernie Ford, Eddy Arnold, Roy Acuff, Bill Monroe, Minnie Pearl, and Brenda Lee. Besides the food, heritage music, dancing, and adulation of the ramp, each year a young woman is crowned “Maid of Ramps”.

Chicago received its name from a dense growth of ramps near Lake Michigan in Illinois Country observed in the 17th century. The Chicago River was referred to by the plant’s indigenous name, according to explorer Robert Cavelier, sieur de La Salle, and by his comrade, the naturalist and diarist Henri Joutel. The plant, called shikaakwa (chicagou) in the language of local native tribes, was once thought to be Allium cernuum, the nodding wild onion, but research in the early 1990s showed the correct plant was the ramp.

The ramp has strong associations with the folklore of the central Appalachian Mountains. Fascination and humor have fixated on the plant’s extreme pungency. Jim Comstock, editor and co-owner of the Richwood News Leader, introduced ramp juice into the printer’s ink of one issue as a practical joke, invoking the ire of the U.S. Postmaster General.

The inhabitants of Appalachia have long celebrated spring with the arrival of the ramp, believing it to be a tonic capable of warding off many winter ailments. Indeed, ramp’s vitamin and mineral content did bolster the health of people who went without many green vegetables during the winter.

Ukrainian pampushki are made of yeast dough from wheat, rye or buckwheat flour. Traditionally they are baked but may also be fried. Savory pampushki have no filling and are usually seasoned with garlic sauce and often served as a side dish with red borscht or yushka.

Pampushki rolls are traditionally served with a garlic sauce, but I use ramps whenever possible! I also add a rare ingredient found only in a few countries: water pepper (Водяний перець in Ukrainian) leaves, minced – purchase seeds from here. If you can’t get it, don’t fret – you can easily leave it out!

My recipe is based closely on one from Olia Hercules, featured in Mamushka: Recipes From Ukraine & Beyond.