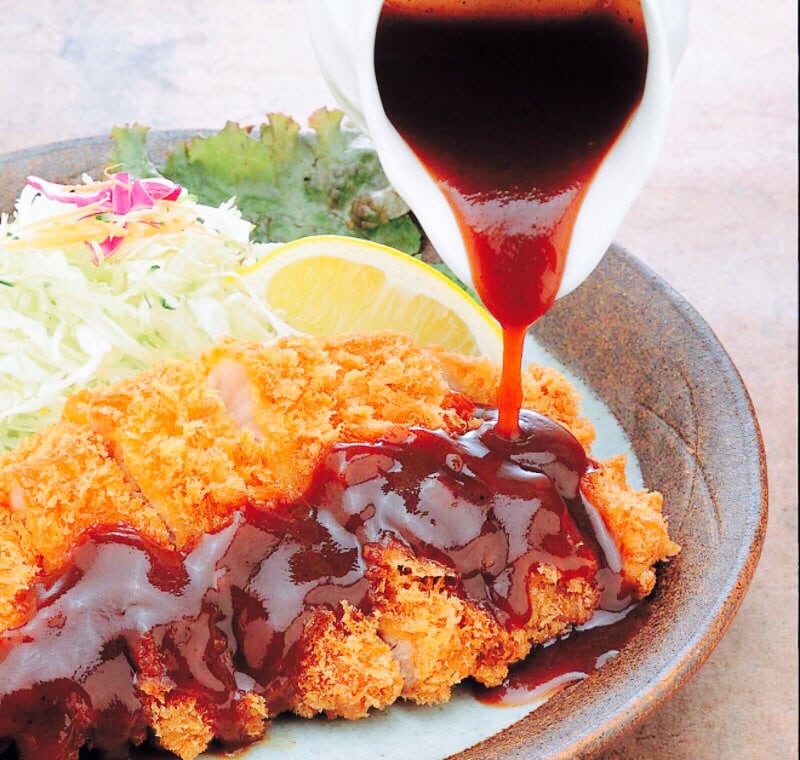 If there is one dish that managed to spread the popularity of pork more than any other, it’s tonkatsu — akin to European dishes such as schnitzel. The name itself combines the Japanese word for pig — ton — with a shortened version of the English word “cutlet” (via the Japanese pronunciation).

The pork version of Tonkatsu was invented in Japan in 1899 at a restaurant called Rengatei in Tokyo. It was originally considered a type of yōshoku — Japanese versions of European cuisine invented in the late 19th and early 20th centuries — and was called katsuretsu (cutlet) or simply katsu. The term “tonkatsu” (pork katsu) was coined in the 1930s.

As noted in an excellent article that appeared in the Japan Times:

Unlike curry rice and other yōshoku or Western-influenced Japanese dishes that evolved during the late 19th to mid 20th century, tonkatsu was embraced by more traditionally Japanese eateries such as soba restaurants, which were losing business to newfangled European-style restaurants. They saw tonkatsu as something they could make cheaply and easily that was substantial and filling.

Several dedicated tonkatsu restaurants cropped up around the 1920s to ’40s, with even more opening in the ’50s and ’60s, after World War II — the big boom period for tonkatsu. Several still thrive, such as Ginza Bairin (established in 1927, and now with branches in Hong Kong, Singapore and Hawaii) and Maisen in Aoyama (founded in 1965 by one woman, and now one of the largest sellers of ready-made tonkatsu products nationwide).

During the Great Depression of the 1930s, a piece of tonkatsu, which could be bought freshly cooked from the butcher, became the ultimate affordable payday treat for the poor working class. The position of it as everyman food was firmly established.

A basic tonkatsu is served whole or sliced for easy eating with chopsticks, usually with a mound of finely shredded raw cabbage. The thick brown sauce (known simply as “sauce”) that usually accompanies tonkatsu today evolved from the British Worcestershire sauce, and is made in a similar way by blending various fruit and vegetables with salt, vinegar and spices and then letting it age.

…and now we get to the heart of the matter. 🙂

Tonkatsu sauce is considered a top-secret recipe by the finest Tonkatsu restaurants, all use their own version of a sweet/spicy/sour sauce as their own. These recipes are literally passed on during the deathbed conversation of the master chef to his apprentice and/or locked away in a vault, safe from prying eyes.

Most Tonkatsu sauce recipes made public call for only a few ingredients – ketchup, Worcestershire, soy sauce and vinegar. These are travesties that in no way represent the true glory and complexity of the secret sauces served in the best restaurants.

THIS is how you make the finest Tonkatsu sauce you’ll ever try: my own. 🙂 If you are looking for a great Japanese recipe blog, I highly recommend this one.

Tomorrow, I will tell you how to make Tonkatsu itself – until then, Citizens!