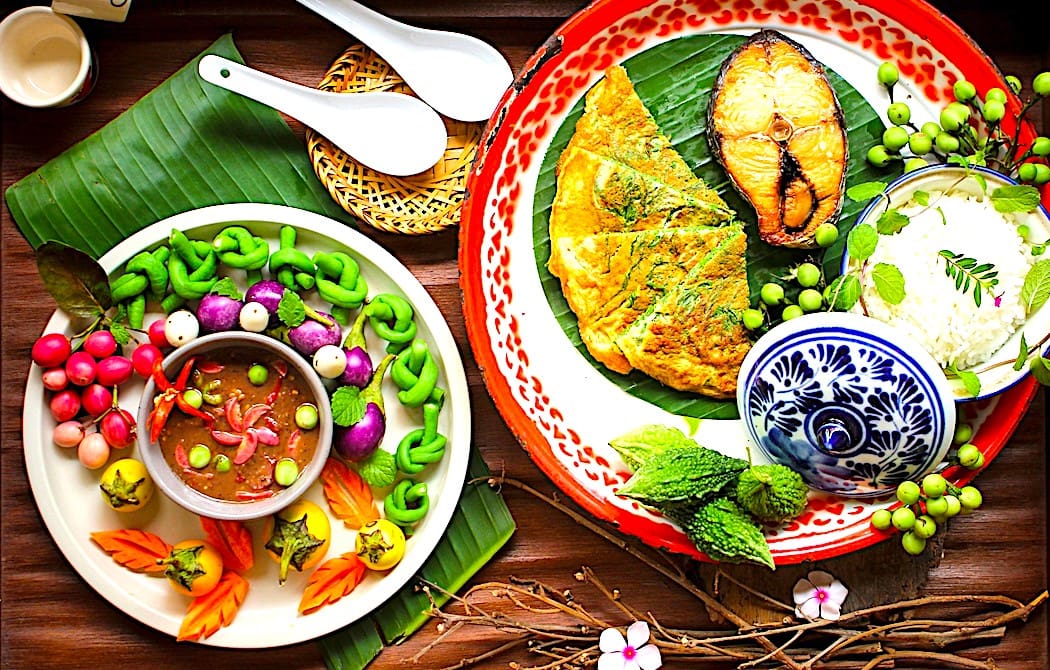 Citizens, the Crowned Head of Condiments – the spice-craving Sultan who alone is TFD! – aggressively seeks out the finest and most potent of sauces to awaken his slumbering palate. Few sauces anywhere in the world pack the umami, spicy and funky essences in perfectly potent balance as well as nam phrik kapi, a unique Thai dipping condiment I shall now teach you in all My glory!

To understand nam phrik kapi, you must first comprehend the fundamental glory of nam phrik itself! Nam phrik (Thai: น้ำพริก) is a type of Thai spicy chili sauce typical of Thai cuisine.

Usual ingredients for nam phrik and kapi-type sauces are fresh or dry chilies, garlic, shallots, lime juice and often some kind of fish or shrimp paste. In the traditional way of preparing these sauces, the ingredients are pounded together using a mortar and pestle, with either salt or fish sauce added to taste.

Nam phrik type sauces are normally served on small saucers placed by the main dish as a condiment or dip for bland preparations, such as raw or boiled greens, fish, poultry and meats. Depending on the type, the region and the family that prepares it, nam phrik may vary in texture from a liquid to a paste to an almost dry, granular, or powdery consistency.

The first Westerner to report of nam phrik was Simon de la Loubère, a French ambassador to the court of Ayutthaya. In 1687–88 he noted that it contains “a mustard-like sauce, which consisted of crayfish corrupted (fermented fish); which they called kapi.” King Chulalongkorn, regarded as one of the greatest kings of Thailand, repeatedly stated during his tour of Europe in 1907 that, besides khai chiao (omelette), he most missed nam phrik.

The chef David Thompson, an acknowledged expert on Thai cuisine, writes, “They are at the very core of Thai cooking and have fed the Thai from their distant past to the present.”

Chili peppers originated in the Americas, where they have been cultivated for over 6,000 years. They were probably introduced to Asia, and Thailand, in the 16th century by Portuguese emissaries and traders in what is known as the Columbian Exchange. Before chili peppers were known and enthusiastically embraced in Thai cuisine, other spices such as black pepper, long pepper, and Sichuan pepper were used instead to achieve the desired “spiciness”.

Types of nam phrik vary according to the ingredients, the preparation and the region. Some may include tamarind, green mango, galangal, lemongrass, and/or mushrooms and even ingredients such as frog. If fish paste is used, it may be made in a variety of ways, by mincing dried, boiled, grilled or salted fish, or by using fish roe.

In Isan, pla ra, giving an intense flavor, is often used. Some types of nam phrik may be sweetened with sugar. A Thai cook book from 1974 lists over 100 different recipes.

Nam phrik kapi (Thai: น้ำพริกกะปิ) is one of the most widespread varieties and is typical of central Thailand. It contains fermented shrimp paste, lime, chilies, and often pea eggplant. It is often eaten with fried pla thu (mackerel), egg dishes and as a dipping sauce for vegetables.

This particular kapi sauce is redolent with the extremely funky smell and taste of fermented shrimp paste – as noted on eatingthaifood.com:

Kapi (กะปิ sometimes in English it’s also spelled kaphi), or fermented shrimp paste, is a typical ingredient used throughout southern China and most of southeast Asia.

The paste is made from either shrimp or krill (which is very common to use in Thailand), which is heavily salted, then usually dried in the hot sun until dehydrated, before being moved into containers and left to ferment for months or even years.

The result, a pinkish purple, or sometimes even brown, paste, is thick and salty, and provides a delicious flavoring enhancement to dozens and dozens of Thai dishes.

You cannot leave this essential ingredient out, but you must also be prepared for the unique aromas that will saturate your kitchen as you make it – I strongly recommend making it either outdoors or with the windows wide open on a windy day. I personally love the funkiness, but many will assuredly not – thus the precautions. My preferred brand of fermented shrimp paste is this one.

You’ll also ideally need to add in the Thai pea eggplant, also known as Turkey berry (มะเขือพวง) –  some food vendors will add it if it’s available and if they have it on hand, and others will skip it altogether.

Pea eggplant doesn’t really add any extra flavor to this shrimp paste sauce, so it’s not entirely necessary, it just adds a bit of extra texture, and some green color. You can buy some here. Palm sugar can be easily purchased here. Fresh tiny Thai bird’s eye chilies (also occasionally known as ‘rat dropping’ chilies – they are easily found at any Asian supermarket or you can buy them (for a harsh premium) here.

Citizens, kapi is a potent and eye-watering condiment, but one that truly defines the taste of Thailand – well worth your time and effort, I promise! You can enjoy kapi as part of a multi-course Thai meal that I like to start with Thai Wor Wonton soup. 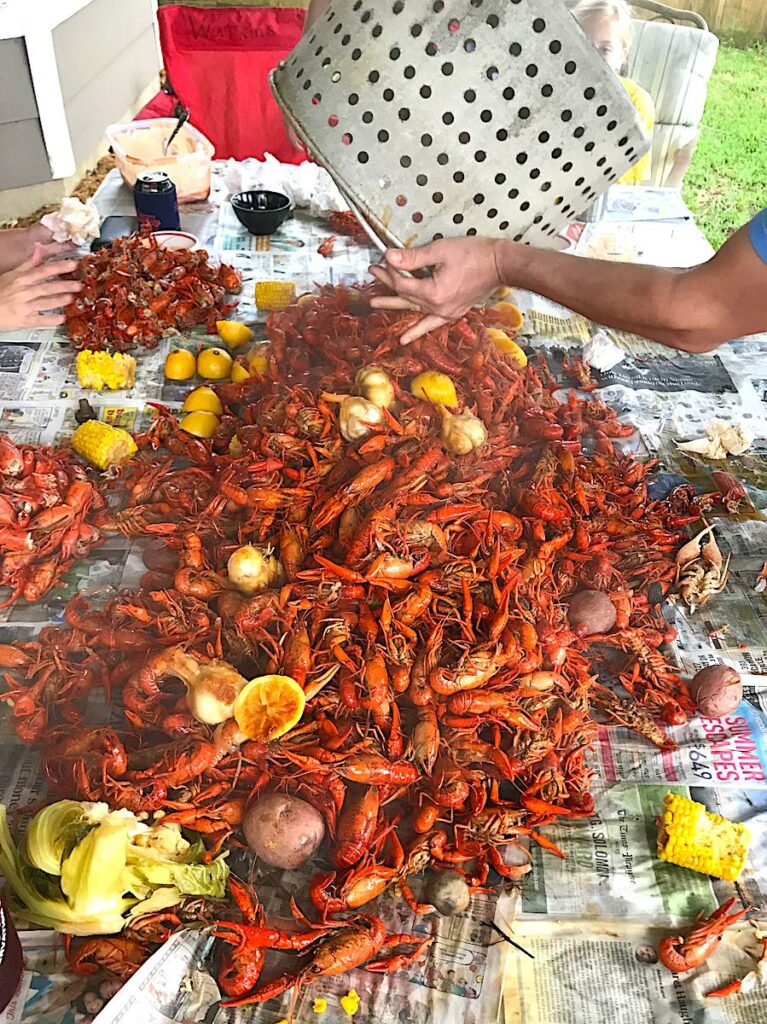 () Citizens, the Caliph of Cajun, the Duke of ‘Downhome’ – YOUR TFD! – always looks forward to the turning of the new year when Crawfish are once again in season and the urge to set up a Cajun crawfish boil becomes nigh unbearable! Since I am fortunate to live near the Sacramento River Delta,…