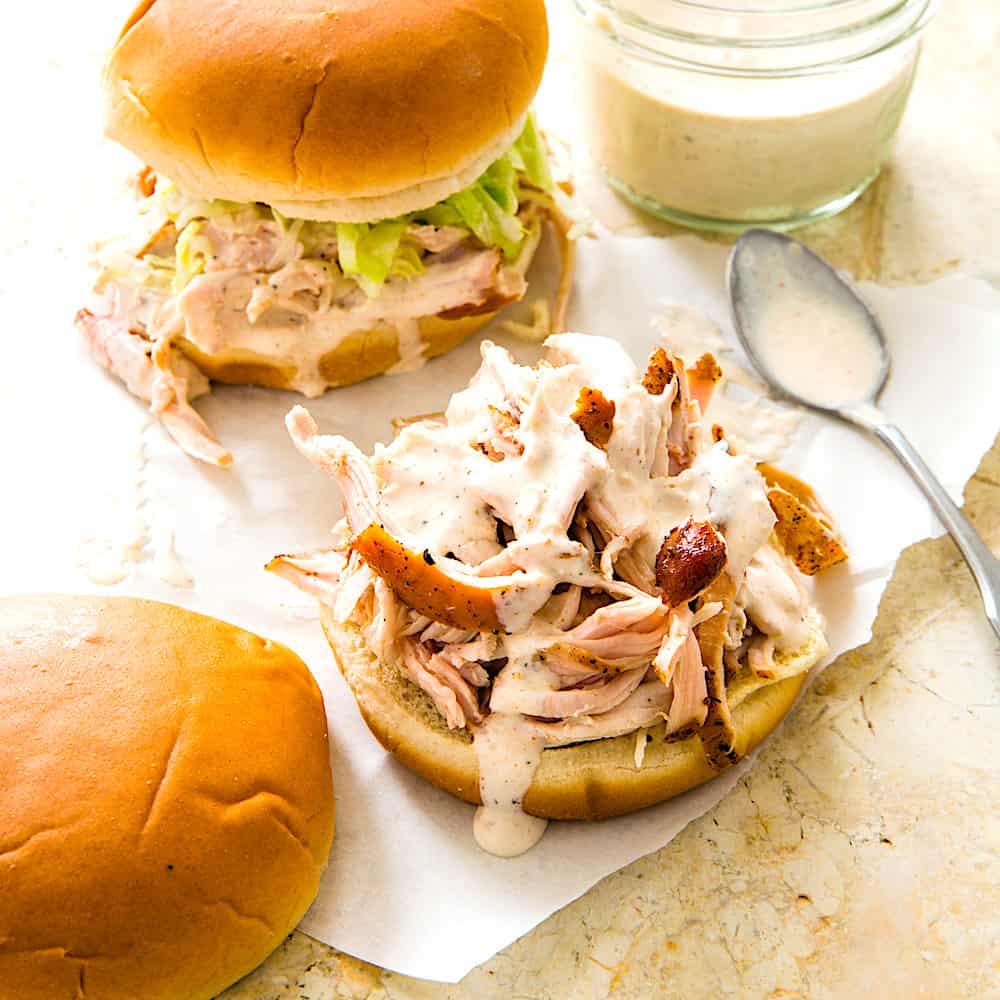 Citizens, your beloved and occasionally well-smoked Primogeniture – the always savory TFD! – is a huge fan of all forms of BBQ and I constantly seek out the most micro-geographic versions of it that I can find: and this one from Tennessee is a doozy! 😀 Before going into the recipe, let’s discuss the history of BBQ in the U.S. first – way back before the Mayflower, in fact! 😀

As noted on one of my favorite cooking sites, amazingribs.com:

In 1492 Christopher Columbus made the first of his four voyages from Spain to the New World landing on the island he called Hispaniola, known today as the Dominican Republic and Haiti, and then went on to Cuba, and the Bahamas. On his first voyage he coined perhaps the oldest bromide in culinary literature. In his diary he wrote of seeing a “serpent” about six feet long that was probably an iguana. His men killed it, ate it, and he remarked that “the meat is white and tastes like chicken.”

Over the next 11 years he came back three more times and set foot on numerous Caribbean islands, Central America, and even northern South America. His tales of the strange new universe, its people, animals, foods, and riches, launched a flurry of explorations by Spanish conquistadors as well as French and English adventurers.

On his second voyage he is believed to have stopped in the Canary Islands off the coast of Africa and picked up 20 to 30 cattle, mostly pregnant females descended from Portuguese and Spanish stock brought there a few decades earlier. Within three weeks they were grazing contentedly on the lush greenery of Hispanola and within a few years conquistadors brought them to Mexico where vaqueros, Mexican predecessors of cowboys, drove them north to Texas.

The people they encountered in the Caribbean were unfortunately called Indians since Columbus had been seeking a route to India. They were members of Arawak tribe, a sub tribe called Taino, and further north in the Bahamas, Lucayans. I shall call them Amerindians to avoid confusion.

According to an email from barbecue historian Dr. Howard Taylor “Oviedo is reputed to be a reliable source for translation from these American Indian dialects into Spanish because of his dedication to accuracy and experience as Chronicler to Charles V of Spain. Arawak tribes and dialects of the Arawak language were widely distributed across the West Indies, Central America, and Northern South America.”

Of course we will never know precisely what the Taino word was since they had no writing system. I’m guessing it only sounded like barbacoa to the Conquistadors since people usually mispronounce foreign language words. Nobody will ever know for sure, but barbacoa, especially the “-oa” at the end, sounds mighty Spanish to me. Other European explorers reported home that natives in northern South America, especially Guiana, may have called their version of the barbacoa a babracot or babricot or barboka. These are possibly dialects of the many tribal languages or further clumsy attempts to mimick the native words.

During the European explorations of the 1500s Arawak tribes were not native to areas now in the United States, but some Arawak tribes moved into southern Florida during the mid-to-late 1600s. “Florida” which was the Spanish name for all the land they claimed, extending north through modern Virginia and even into New York and west through Louisiana.

The English did not arrive in Jamestown, VA, until 1607, and the French did not settle in New Orleans until 1690. Present day Florida was populated with many different tribes, among them the Timucua, Apalachee, Calusa, Tocobaga, Ais, Mayaca, and Hororo, and most of them had adapted the barbacoa and accounts of other explorers show it in use by other tribes far north and west.

According to Charles Hudson’s 1998 book Knights of Spain, Warriors of the Sun: Hernando De Soto and the South’s Ancient Chiefdoms, on March 25, 1540 a party of about 40 Spaniards led by de Soto invaded a village in what is now Georgia and found venison and turkey smoke roasting on a barbacoa-like device. Although the word had not been brought north by Indians yet, DeSoto called it a barbacoa because he had probably heard the word in Spain. Famished from a 35 hour ride, despite the fact that it was Holy Thursday, they feasted on the first barbacoa in recorded history.

So, as you can see, turkey was actually the first BBQ meat in the world – and Tennessee has kept that tradition alive. Originally made with wild turkey, domesticated turkey is still a prized BBQ staple in Tennessee.

Interestingly, you see a bit of geographic “bleeding” in this recipe, as the white sauce used in Tennessee BBQ turkey sandwiches is in fact what Northern Alabamans use with their BBQ chicken. Since Northern Alabama abuts Tennessee, it’s not surprising that this sauce crossed state lines!

Citizens, my version of this delicious recipe calls for first brining the breast meat for ultimate juiciness, but unlike the classic sandwich, I like to take a hint from Eastern North Carolina in my version! In that region, they mix crispy pork crackling in their chopped pork sandwich and I have adapted that in my recipe to use crispy turkey skin!

Be sure and add the skin on top of the lettuce, which is itself on top of the sauce-soaked meat. This keeps the skin crisp and delicious and a great textural element in the final sandwich.

My original template for this recipe is the exceptional one from cookscountry.com – but I use my own recipe for the Northern Alabama white sauce and the use of crackling skin is my own innovation. 🙂 The brining step is also not in the original recipe, but I prefer my turkey breast brined.