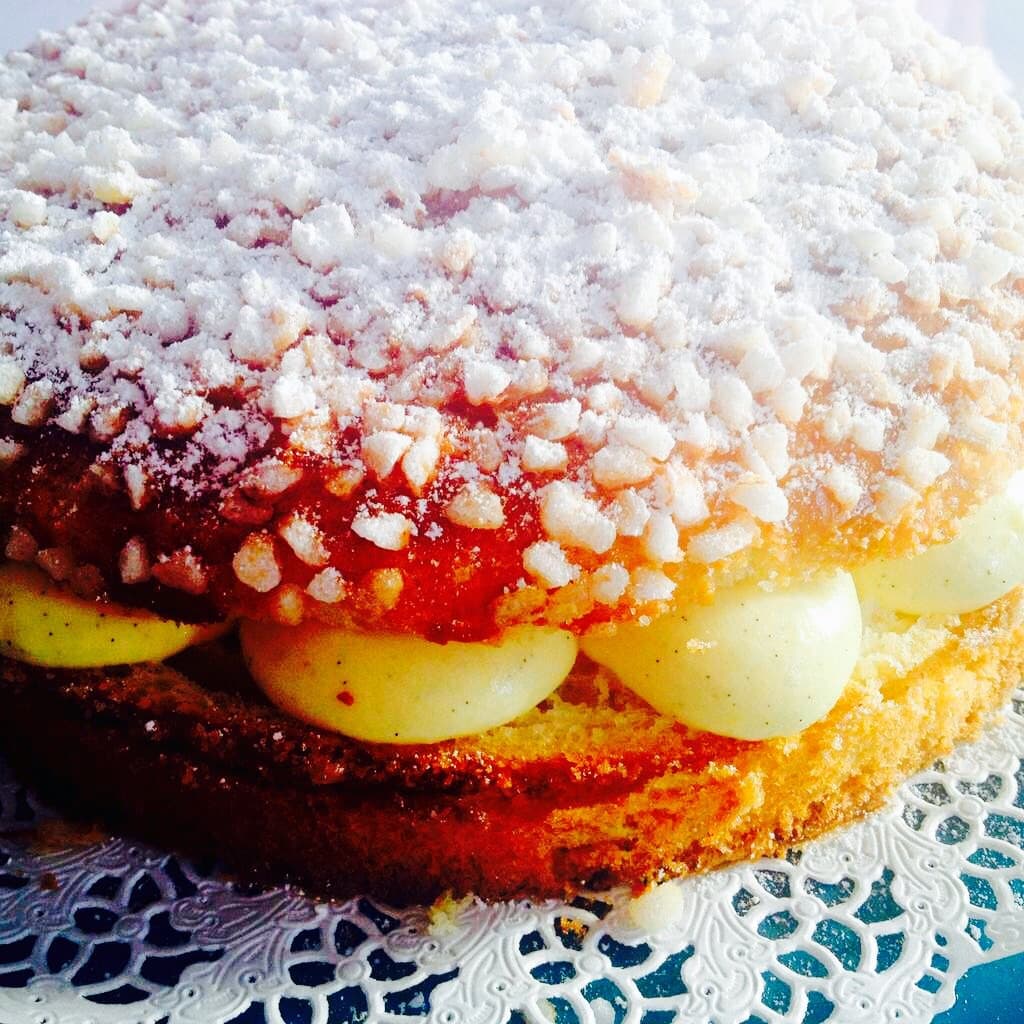 In 1955, a Polish baker by the name of Alexandre Micka opened a pâtisserie on the Place de la Mairie in the (then) sleepy fishing village of St Tropez.

He soon began to sell a brioche with cream based on his grandmother’s recipe. Now it just so happened that the now-mythic film “And God created Woman” was being shot nearby and Micka provided the catering.

A then barely-known but rising young star fell in love with his cake. This was none other than Brigitte Bardot and it was the success of this film that launched her career and established St Tropez as the place to be for the rich and famous.

It was so beloved by Bardot that it is said she advised Mika that he should have a special name for it – that’s when it was christened “La Tarte Tropézienne.”

The recipe to this day is a closely-guarded secret, but this much is known:

The cake itself is an egg and butter-rich brioche dough, rolled into a freeform round, washed with egg and speckled with pearl sugar—the original was probably made with crushed sugar cubes (still an option)—and baked.

Once cooled, it’s split like a layer cake and filled with a combination of creams: in some cases, buttercream, pastry cream and heavy cream. Tropéziennes can be flavored with rum, kirsch, or, most commonly and most authentically, orange-flower water. I happen to use all 3, but please feel free to just choose one if you do prefer.

Sometimes called Swedish Sugar, the tarte is covered in pearl sugar, which is nugget-like, crunchy and white as a pearl. You can find it in specialty stores, Ikea or online from King Arthur Flour.

My version of this recipe (and much of its descriptive history) is based on an exceptional version I found on the excellent food blog “Food 52”. Since baking is an exceedingly precise discipline, I typically never mess with flour/butter/sugar ratios, only flavorings.

I hope you will give my version of this decadent recipe a try, My Citizens!