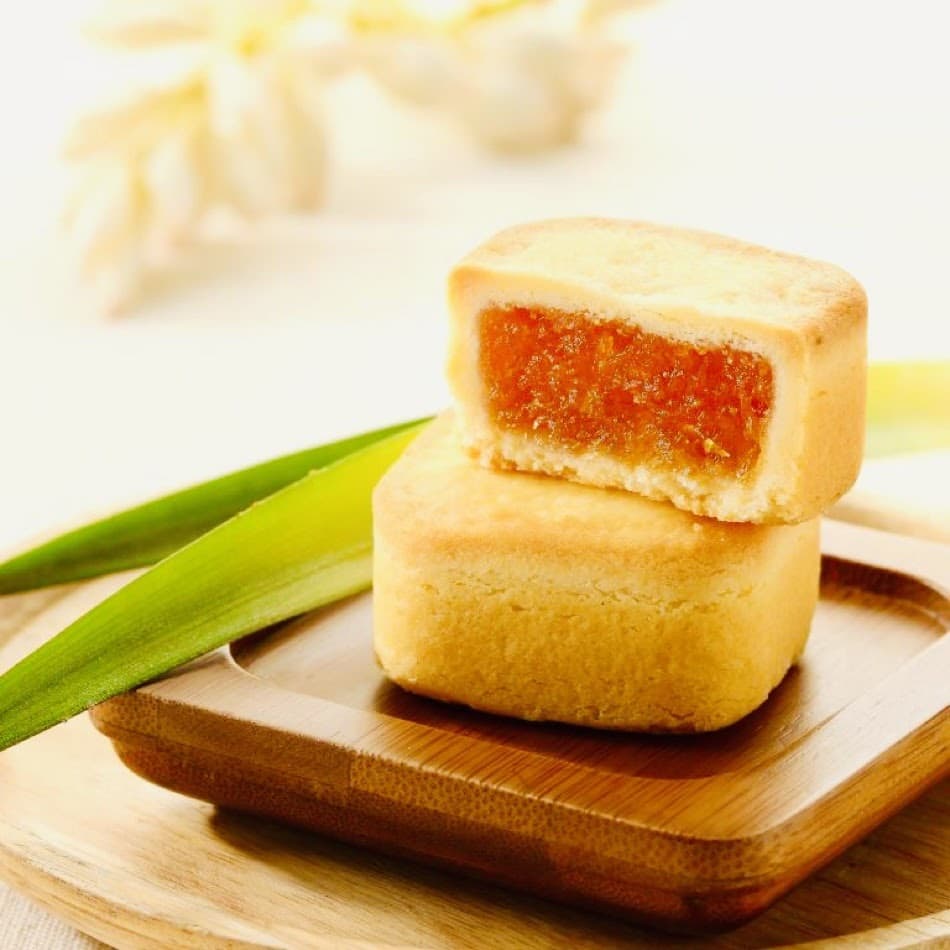 Citizens! Nothing can bring you closer to the unknowable truths that comprise the Emperor of Enticement – YOUR TFD! – than the fact that I am a huge Sinophile, having studied both Chinese history in college and Chinese gastronomy my entire adult life!

As such, I am fully cognizant that the Mid-Autumn Festival, 中秋節, is arriving on Friday the 13th this year – thankfully, TFD does not suffer from triskaidekophobia! The gastronomic centerpiece of this glorious occasion in Taiwan is undoubtedly their world-acclaimed Chinese pineapple cakes (鳳梨酥, pronounced Feng Li Su)
and this is what we shall discuss today!

Pineapples became a critical component of Taiwan’s economy during the Japanese era, during which Japanese industrialists imported a wide variety of pineapple cultivars and established numerous processing plants.

By the late 1930s, Taiwan had become the third-largest exporter of pineapples in the world. However, when production in Taiwan shifted toward domestic sales and use of fresh pineapple, local bakeries sought to use this surplus in pastries. While pineapple cakes had historically been produced as a ceremonial food, a combination of governmental promotion and globalization popularized the pineapple cake. As such, they have become one of the top-selling souvenirs in Taiwan.

Since 2005, the Taipei City Government has run an annual Taipei Pineapple Cake Cultural Festival to foster the growth the local tourism industry and promote sales of the pineapple cake. In 2013, the revenue from Taiwan’s pineapple cake bakeries totaled NT$40 billion (US$1.2 billion), and sales of pineapple cakes have also bolstered agricultural economies in rural parts of the country.

In the Taiwanese Hokkien dialect, “pineapple” (王梨; ông-lâi) sounds similar to a phrase meaning “to come forth, prosperous and thriving” (旺來; ōng-lâi). This phrase conveys the hope that many children will be born to the family. As a result, pineapple cakes are often given as engagement gifts, or simply as well-wishing presents in an everyday context.

Contemporary bakeries have created variations on the traditional pineapple cake. The filling may also incorporate preserved egg yolks or other dried fruits such as cranberries or strawberries. TFD eschews these mutants, personally – I like tradition, as exemplified by the traditional recipe for Taiwanese turkey rice!

The annual Taipei Pineapple Cake Cultural Festival often features a contest in which bakeries compete to create cakes that incorporate unconventional ingredients, such as rice or Taiwanese tea.

As noted in an article on vice.com:

A traditional Taiwanese pineapple cake is nothing like the sticky, sweet, over-indulgence that is the American upside-down pineapple cake. It’s more tart than cake—similar to a Fig Newton but far superior.

It’s a rustic pastry, consisting of flour, butter, egg, sugar, and of course, the ultimate reward of sweetened pineapple jam inside. Traditionally, the cakes were presented as wedding gifts, but now they are usually served with tea to visiting guests, who eat them right out of the package, in generally just two bites, with no silverware required.

The SunnyHills cake (link via TFD) is better than most because it uses actual pineapple, as opposed to many Taiwanese brands, which cut it with a large dose of cheaper winter melon. Also known as a “wax gourd” (which is an unfortunately appropriate nod to its flavor), the winter melon is a large, relatively bland fruit, that absorbs the flavor of whatever it is cooked with.

Basically, the winter melon is like the Prius of the fruit world—functional and efficient, but not exciting in any way. And the mark of an inferior pineapple cake.

The SunnyHills pineapples themselves—Cayenne No. 2 variety—are grown in the hills around Bagua Mountain, which gets year-round sun. It’s all part of SunnyHills’s efforts to promote Taiwanese farming and revitalize the broken Taiwanese pineapple industry. The farmers are well paid compared to industry standards, and factory jobs for these handmade pastries have revitalized the economy of the area.

For first-timers, SunnyHills pineapple cake is a revelation. It is made from 100 percent caramelized pineapple, New Zealand butter, their own organic, antibiotic-free eggs, and Japanese flour.

Since each batch is made from locally-sourced pineapple, the flavor of SunnyHills pineapple cakes varies from season to season, becoming sweeter in the summertime due to the intensity of the sun. And you have to eat them seasonally—although prepackaged, the cakes are made without preservatives and don’t last more than a month.

Citizens, as previously noted, the key to a successful pineapple cake is to think…Fig Newtons! Yes, they should have a similarly tender, soft pastry wrapping and a sweet interior redolent of the namesake fruit. My version hews closely to tradition, but does deviate in 3 key areas, all related to the filling. First, I add some Chinese five spice to add some flavor complexity – you can buy it here.

Second, I call for some lavender honey in addition to the maltose (buy that here) to lighten it up a bit – my preferred brand is here. Lastly, I make a small shout out to the Japanese influences on this pastry by putting in a bit of green tea powder to the filling – again, to cut back on the sweetness and add some flavor complexity beyond just sweet. My preferred brand – by far – is here. The molds to make these tasty delights may be purchased on Amazon here.

Citizens, I wish you 中秋節快樂!!!