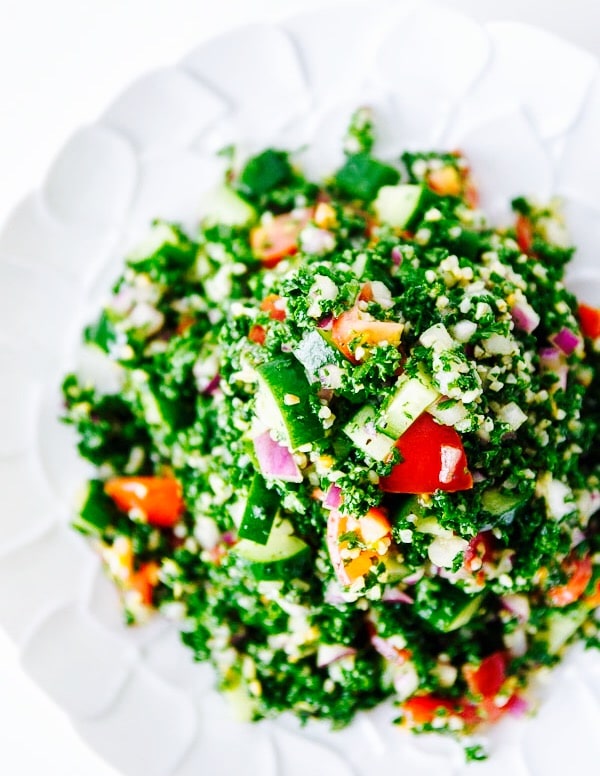 ‎Citizens – Tabbouleh or تبولة is an Arabian vegetarian dish (sometimes considered a salad) traditionally made of tomatoes, finely chopped parsley, mint, bulgur and onion, and seasoned with olive oil, lemon juice, and salt. Some variations add garlic or lettuce, or use couscous instead of bulgur.

Tabbouleh is traditionally served as part of a mezze (appetizer) course in the Arab world and it has now become a popular ethnic food in Western cultures.

The Levantine Arabic tabbūle is derived from the Arabic word taabil, meaning seasoning. Use of the word in English first appeared in the 1950s.

To the Arabs, edible herbs known as qaḍb formed an essential part of their diet in the Middle Ages, and dishes like tabbouleh attest to their continued popularity in Middle Eastern cuisine today. Originally from the mountains of Jordan, Syria and Lebanon, tabbouleh has become one of the most popular salads in the Middle East.

Tabbouleh and other vegetable-based mezze dishes popular in Syria were mocked by the wealthy Baghdadi women and cooks when they were first introduced to them, because they were seen as being a means to scrimp on the use of meat.

Variations of tabbouleh can be found throughout the Middle East and beyond, from the Armenian ‘eetch’ to the Turkish ‘kisir’ right through to the Cypriot ‘tambouli’. Lebanese immigrants even introduced a version of tabbouleh to the Dominican Republic known as ‘tipile’.

My version of this delicious recipe includes finely diced cucumber, basil, cumin, coriander seed and shallot plus a hint of garlic. I find it to be a superior variation, but you will be the final arbiter, Citizen! 🙂 Thee can be no question that tabbouleh is both healthful, historical and flavorful – failure to incorporate this into your home cooking will deprive you of all of these imperatives!