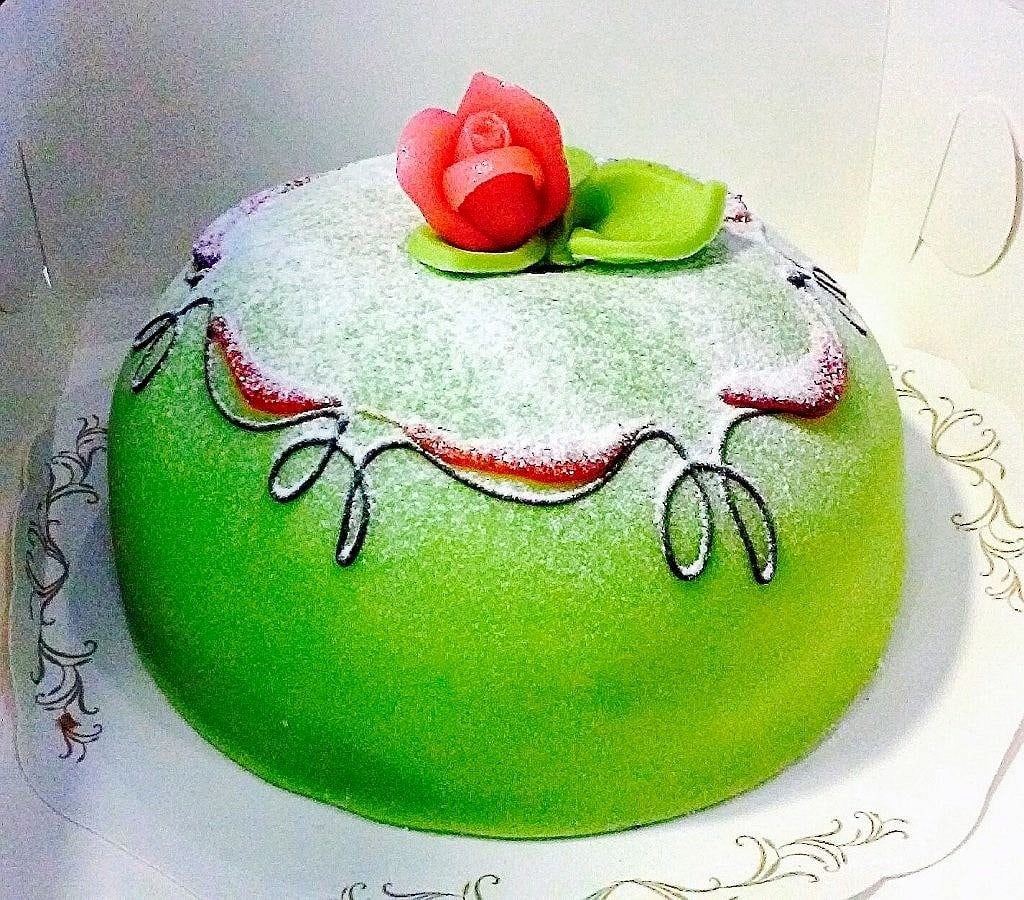 A princess cake (Prinsesstårta in Swedish) is a traditional Swedish layer cake consisting of alternating layers of airy sponge cake, pastry cream, and a thick-domed layer of whipped cream. This is topped by marzipan, giving the cake a smooth rounded top. The marzipan overlay is usually green, sprinkled with powdered sugar, and often decorated with a pink marzipan rose.

Jenny Åkerström is credited as the originator of the recipe for Prinsesstårta. Åkerström was a Swedish home economics guru at the beginning of the 20th century and was even an instructor to the three Swedish princesses, Margaretha, Märtha, and Astrid, daughters of Prince Carl (brother of King Gustaf V). She published a four volume series of cookbooks called Prinsessornas Kokbok: Husmanskost och Helgdagsmat (Princesses Cookbook: Home Cooking and Holiday Food). The first edition came out in 1929 with the princess’ portraits gracing the cover. With it’s great success came eighteen reprints with revisions up through 1952.

Prinsesstårta also happens to be my beloved wife’s favorite cake. 🙂 To make this properly, you MUST use green food coloring paste or gel, NOT liquid food coloring. This brand is my go-to.