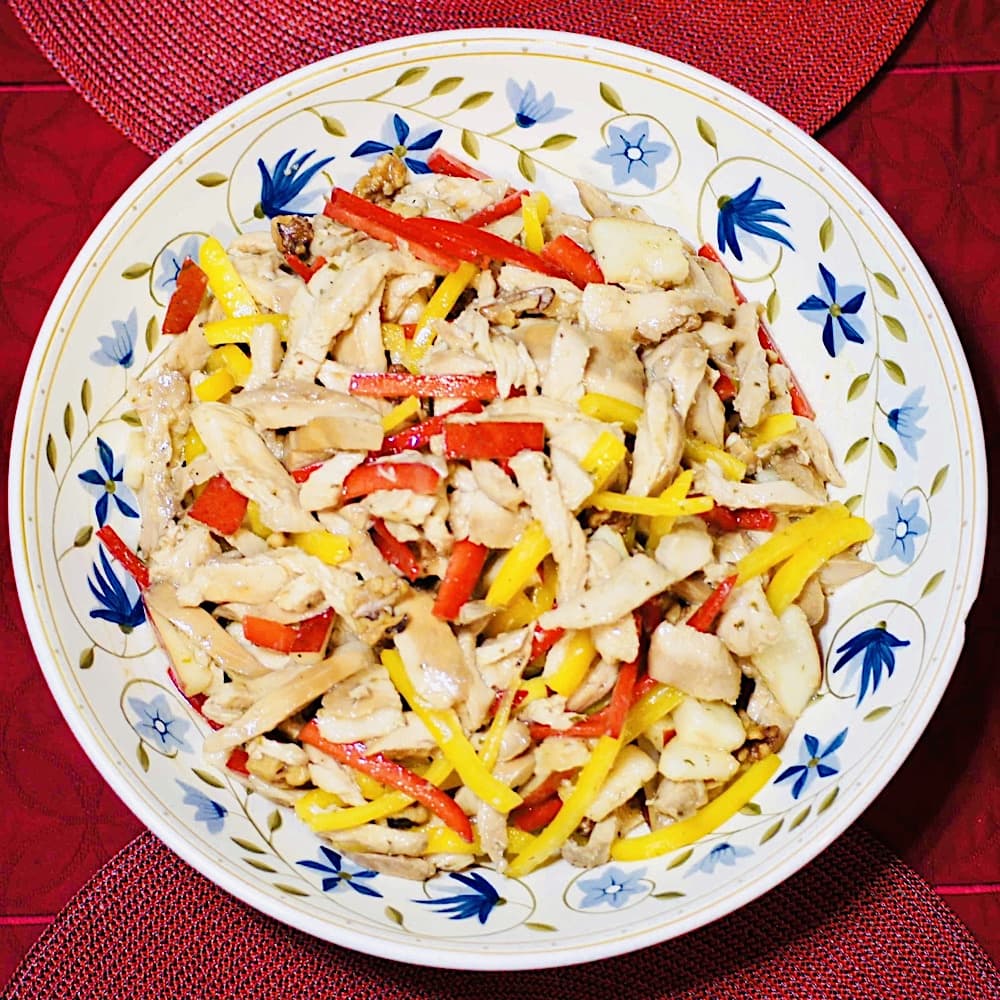 Citizens, the unparaleled heights of gastronomy are always being bravely scaled by the indefatigable Leader – YOUR TFD! – but my inspiration has always been the unmatched gourmet, Yuan Mei!

Yuan Mei was born in Qiantang (錢塘, in modern Hangzhou), Zhejiang province to a cultured family who had never before attained high office. He achieved the degree of jinshi in 1739 at the young age of 23 and was immediately appointed to the Hanlin Academy (翰林院).

Then, from 1742 to 1748, Yuan Mei served as a magistrate in four different provinces in Jiangsu. However, in 1748, shortly after being assigned to administer part of Nanjing, he resigned his post and returned to his hometown to pursue his literary interest.

In the decades before his death, Yuan Mei produced a large body of poetry, essays and paintings. His works reflected his interest in Chan Buddhism and the supernatural, at the expense of Daoism and institutional Buddhism – both of which he rejected. Yuan is most famous for his poetry, which has been described as possessing “unusually clear and elegant language”.

His views on poetry as expressed in the Suiyuan shihua (隨園詩話) stressed the importance of personal feeling and technical perfection. In his later years, Yuan Mei came to be called “Mister Suiyuan” (隨園先生). Among his other collected works are treatises on passing the imperial examinations and food.

The food writer Fuchsia Dunlop has described Yuan as “China’s Brillat-Savarin,” and he is called one of the four classical gastronomes.

In a time when the taste among his contemporaries was for opulence and exotic display, Yuan stood for the “orthodox” style. “Nowadays,” he wrote, “at the start of the feast the menu is about a hundred feet long.” This is “mere display, not gastronomy.” After such a dinner Yuan returned home and cooked congee to appease his hunger.

He instructed cooks “do not fuss with the natural state of the food just to show that you are a clever cook. Bird’s nest is beautiful — why shape it into balls?” Yuan criticized his contemporary Li Liweng’s magnolia pudding as “created by artifice.” Yuan also resented what he regarded as the corruption of Chinese food by Manchu cooks. The appeal of Manchu cooking was in their stews and roasts, while Chinese cooked broths and soups, but when Manchus serve Chinese dinners and Chinese serve Manchu food, “we lose our originality” and we “toady to each other.”

Yuan’s recipes and thoughts on cooking were published in his 1792 gastronomic manual and cookbook the Suiyuan Shidan (隨園食單/随园食单).

If you truly want to experience the wonders of Chinese gastronomy, I strongly encourage you to read this fascinating book – The Art of Chinese Cuisine. You can buy it used here.

This particular recipe is from Yuan Mei and was adapted to the modern kitchen by the great Yan-Kit So, sadly now deceased. As noted in one of her cookbooks:

CLASSIC FOOD OF CHINA
By Yan-Kit So
Published 1992

Yuan Mei’s recipe for this famous Hangzhou dish reads: ‘Cut tender chicken breasts into slices. Fry them first of all in 3 taels of lard until cooked, stirring three to four times.

Add 1 ladle of sesame oil and 1 teaspoon each of thickening starch, salt, ginger juice and ground fagara. Add also thin slices of pear and small wedges of fragrant mushrooms and stir-fry 3–4 more times. Scoop from the wok and place on to a five-inch dish.’

My version is based on hers, though I have added 2 different colors of bell pepper and scallions to break up the monotonous white and brown of the dish. I’ve also put back in the lard she took out, though by all means use peanut oil if you so prefer. The taste, however, is better with lard, IMHO. I also call for the classic “velveting” marination technique on the chicken to make it soft and juicy and I also (heretically) use a bit of pear brandy in the marination to reinforce the pear flavor. Shaoxing rice wine is a perfectly acceptable and more orthodox ingredient.

This is a dish from a more refined age, my Citizens – I hope you enjoy it! 😀