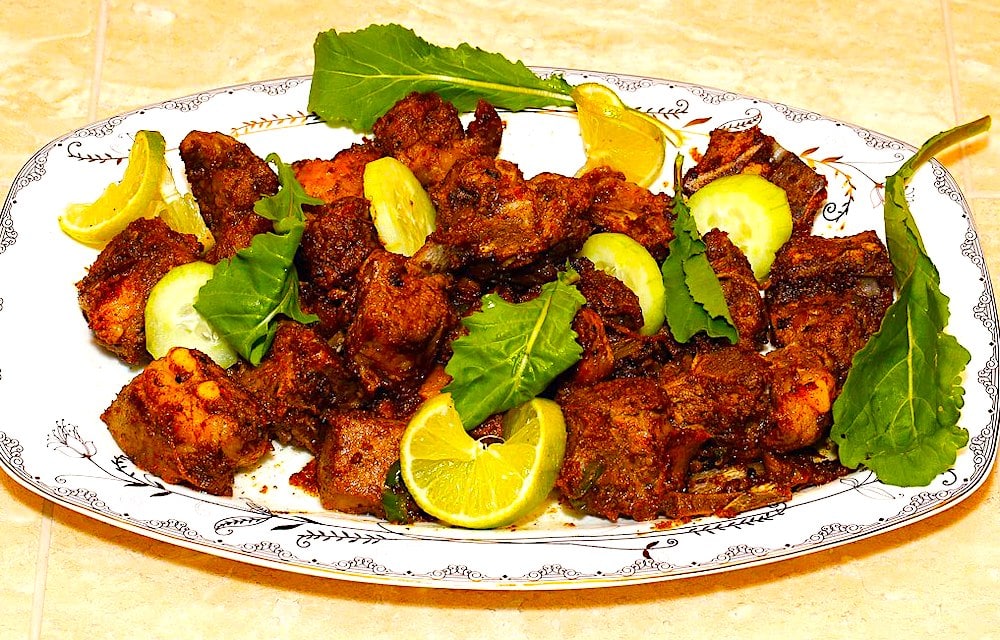 Citizens! Your intrepid and intellectually-astute Pasha – the always verbose TFD! – was disturbed recently to discover that there are still places on the globe that have NEVER heard the clarion call to arms of TFD Nation! Hard to believe, I know – we have had visitors from LITERALLY everywhere on the globe, except for one place that is conspicuous in its absence.

According to our IP address logs, we have never had any visitors from the newest country on the planet – South Sudan – which only just became an independent country in 2011!

My gastronomic Gospel MUST reach every last corner of the planet, and to be fair I have never posted a South Sudanese recipe – this unforgivable omission will be fixed immediately with a recipe for a favored dish of the country – shaiyah!

South Sudan is a multi-lingual country, with over 60 indigenous languages spoken. The official language of the country is English which was introduced in the region during the colonial era. Some of the indigenous languages with the most speakers include Dinka, Nuer, Bari, and Zande.

Both English and Juba Arabic, an Arabic pidgin used by several thousand people especially in the capital city of Juba, serve as lingua francas.

Since South Sudan is such a new country, there is practically nothing online about its cuisine – I did however find this (excerpted) information on the Sudanese (not South Sudanese) Embassy website in the UK, and much of the information is accurate for South Sudan as well:

It is of importance to note that the main staple of the Sudanese is a special type of bread called Kissra, which is made of durra or corn, Kissra is taken together with a stew and this has become the main dish in central and Sudan in general.

As for the south, the abundance of rivers, lakes and swamps had made the people in these regions dependent on fish for their food. A popular dish is a stew named (Kajaik), which is cooked of dried fish. It is added to the porridge, which is common throughout Sudan, (Aseeda) made of sorghum. Sometimes natural margarine is added to the mixture.

In Equatoria, (Aseeda) is made of (Bafra) ehich is a plant of the same family of potatoes. To the (Aseeda) is added a green vegetable called (Mouloukhiya) with peanut butter.

As for beverages, the Sudanese have several distinct beverages that are made of some fruits that grow in Sudan like; Tabaldi, Aradaib, Karkadai and Guddaim.

Sudanese people are very hospitable. Meals are eaten around a large, communal tray on which various meat, vegetable, salad, and sauce dishes are placed. These are eaten with the right hand, using flat bread or a stiff millet porridge known as asida or kisra.

The strong Sudanese coffee is served from a special tin ‘jug’ with a long spout, known as a jebena. The coffee is sweet and often spiced with ginger or cinnamon, and is drunk from tiny cups or glasses. Fruit teas and herbal teas such as kakaday (hibiscus tea) are also popular.

Most people seem to have a very sweet tooth, piling several teaspoons of sugar into their cups of tea, and enjoying sugary desserts. Peanuts, known as Ful-Sudani, are a popular snack, and can be made into delicious macaroons.

This is a delicious dish of pan-fried meat called Shaiyah. I chose to use lamb for this recipe. In fact, Shaiyah can be made with beef, lamb or goat meat.

Shaiyah is a special occasion food, cooked when the family has slaughtered an animal for a celebration. Part of the meat is reserved to make Shaiyah, and this meat includes bony pieces and fatty pieces, the more to add aroma and flavor.

The meat is boiled with little water in a covered pan with onions, garlic and herbs. After it has cooked half-way, a small amount of oil is added, and the meat is fried in the pan with frequent stirring to get caramelization, that is, even browning of all sides.

Now, since I couldn’t find anything about WHICH cut of lamb is used in Shaiyah, I am going to make an educated guess and call for lamb breast riblets as the best cut for this dish. Lamb breast riblets are cut from the breast and contain ribs with meat and fat in layers. The cuts are long and narrow and are usually prepared by braising or by cooking in liquid. Sounds like a perfect cut for this recipe, IMHO!

The typical shaiyah uses water in its recipe, but as TFD, I am calling for lamb or beef stock instead for more flavor. I have also added a hint of cardamom, which is a spice I am very partial to and is used in both Sudanese and South Sudanese cooking. Omit it if you want the original real deal recipe. This recipe gives an example of how all Sudanese can use intricate spicing including cardamom in their recipes.

I have vainly tried to identify the leaves garnishing the Shaiyah in the picture – but I chose to use mustard green leaves in my version. Again, omit for something truly authentic.

Citizens, I look forward to welcoming new members of TFD Nation from the proud country of South Sudan – I hope you will join me in greeting them as our ranks swell to include people from all over planet Earth and that we can all enjoy Shaiyah together as one! 🙂