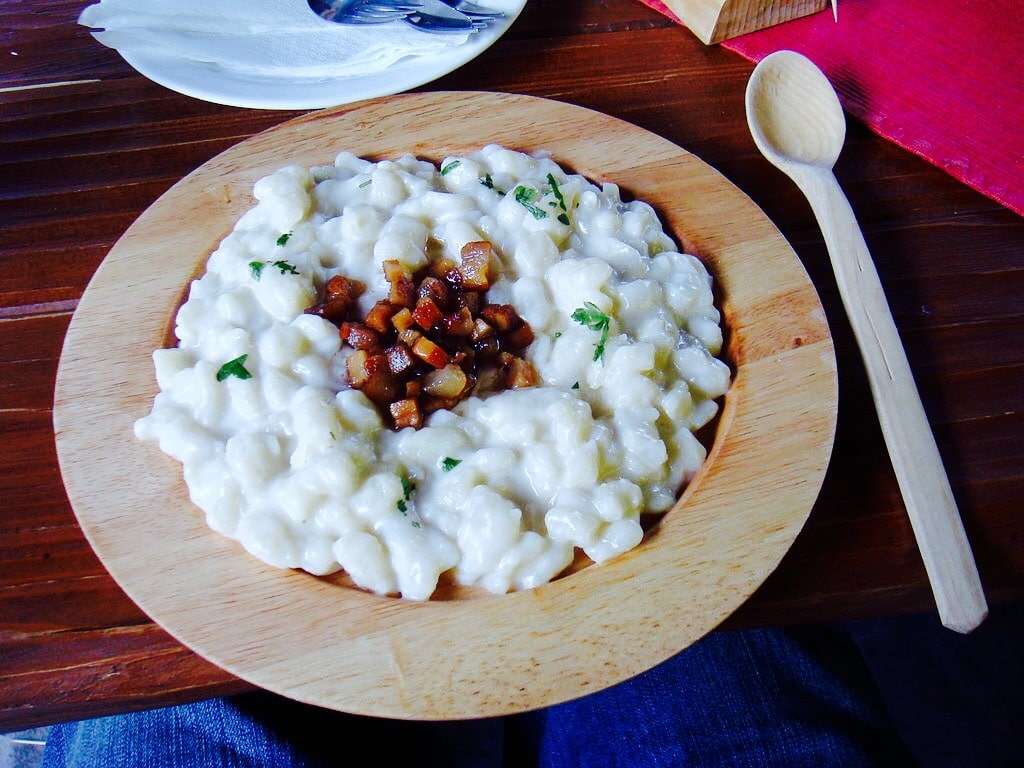 Citizens, Slovakia is a country in Central Europe, bordered by the Czech Republic and Austria to the west, Poland to the north, Ukraine to the east and Hungary to the south. Slovakia’s territory spans about 49,000 square kilometres (19,000 sq mi) and is mostly mountainous. The population is over 5 million and comprises mostly ethnic Slovaks. The capital and largest city is Bratislava. The official language is Slovak, a member of the Slavic language family.

The Slavs arrived in the territory of present-day Slovakia in the 5th and 6th centuries. In the 10th century, the territory was integrated into the Kingdom of Hungary, which itself became part of the Habsburg Empire and the Austro-Hungarian Empire.

Bryndzové Halušky is considered the national dish of Slovakia. This hearty meal consists of halušky (boiled pieces of potato dough similar in appearance to gnocchi) and bryndza (a soft sheep cheese), sprinkled with cooked bits of smoked pork fat/bacon. You can buy bryndza here, or if you are unable to find it, you can substitute crumbled goat or sheep (preferred) cheese or one of several types of crumbled feta, ideally one that is sheep milk-based. Some feta are stronger-flavored, which would be preferable here.

Bryndza apparently helps to lower cholesterol, blood sugar, and blood pressure; it contains 20 types of probiotics in huge quantities (yogurt only has 1-2), vitamins B complex, and almost three times as much calcium as cow’s milk.

One can especially enjoy bryndzové halušky in a typical Slovak “koliba” restaurant or “salaš”. What is more, there is an annual competition in cooking and eating of this traditional meal that is organized in the little mountain village of Turecká in the foothills of the Veľká Fatra Mts., where fans of “halušky” from all over the world meet.

Žinčica is traditionally drunk with this meal.

Citizens, this is a simple but very worthy recipe, worthy of your most serious attention! I enjoy this meal closed with a classic Hungarian dessert.