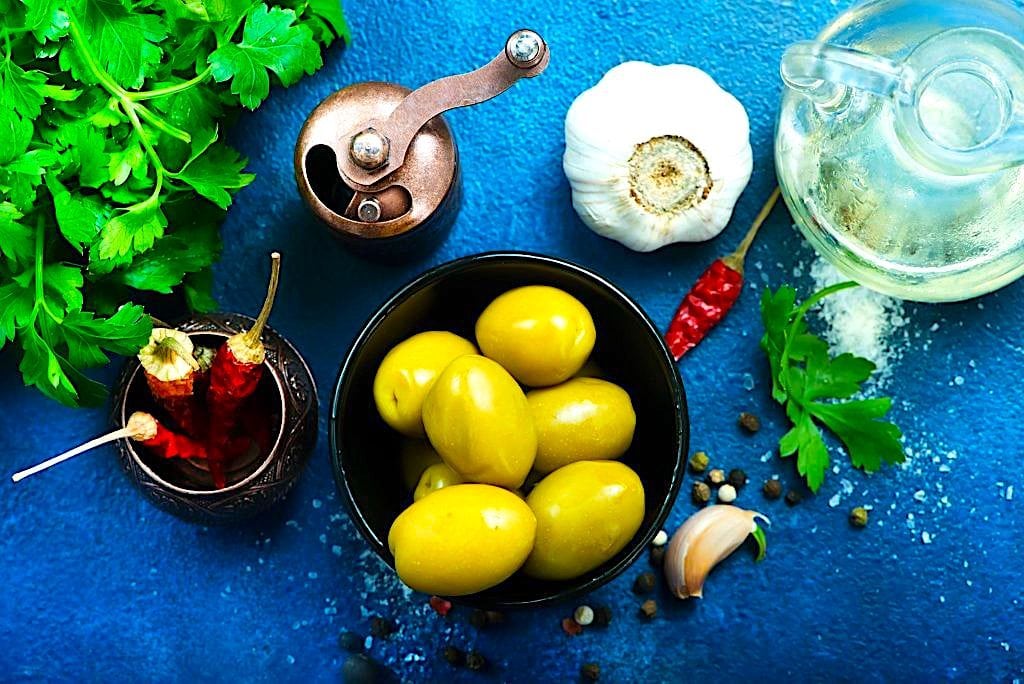 My Citizens, your unmatched Leader – the sybaritic and always hungry TFD! – is a huge fan of the Spanish tapa lifestyle and this is one of my all-time favorite easy tapas to enjoy!

Tapa may be cold (such as mixed olives and cheese) or hot (such as chopitos, which are battered, fried baby squid).

In some bars and restaurants in Spain and across the globe, tapas have evolved into a more sophisticated cuisine. Tapas can be combined to make a full meal. In some Central American countries, such snacks are known as bocas. In parts of Mexico, similar dishes are called botanas.

The word “tapas” is derived from the Spanish/Portuguese verb tapar, “to cover”, a cognate of the English top.

In pre-19th century Spain tapas were served by posadas, albergues, or bodegas, offering meals and rooms for travellers. Since few innkeepers could write and few travellers read, inns offered their guests a sample of the dishes available, on a “tapa” (the word for pot cover in Spanish).

According to The Joy of Cooking, the original tapas were thin slices of bread or meat which sherry drinkers in Andalusian taverns used to cover their glasses between sips. This was a practical measure meant to prevent fruit flies from hovering over the sweet sherry (see below for more explanations).

The meat used to cover the sherry was normally ham or chorizo, which are both very salty and activate thirst. Because of this, bartenders and restaurant owners created a variety of snacks to serve with sherry, thus increasing their alcohol sales. The tapas eventually became as important as the sherry.

Tapas have evolved through Spanish history by incorporating new ingredients and influences. Most of the Iberian Peninsula was invaded by the Romans, who introduced more extensive cultivation of the olive following their invasion of Spain in 212 B.C. and irrigation methods. The discovery of the New World brought the introduction of tomatoes, sweet and chili peppers, maize (corn), and potatoes, which were readily accepted and easily grown in Spain’s microclimates.

There are many tapas competitions throughout Spain, but there is only one National Tapas competition, which is celebrated every year in November. Since 2008, the City of Valladolid and the International School of Culinary Arts have celebrated the International Tapas Competition for Culinary Schools. Various schools from around the world come to Spain annually to compete for the best tapa concept.

Though the primary meaning of tapa is cover or lid, it has in Spain also become a term for this style of food. The origin of this new meaning is uncertain but there are several theories:

As mentioned above, a commonly cited explanation is that an item, be it bread or a flat card, etc., would often be placed on top of a drink to protect it from fruit flies; at some point it became a habit to top this “cover” with a snack.

It is also commonly said that since one would be standing while eating a tapa in traditional Spanish bars, they would need to place their plates on top of their drinks to eat, making it a top.

Some believe the name originated sometime around the 16th century when tavern owners from Castile-La Mancha found out that the strong taste and smell of mature cheese could help disguise that of bad wine, thus “covering” it, and started offering free cheese when serving cheap wine.

Others believe the tapas tradition began when king Alfonso X of Castile recovered from an illness by drinking wine with small dishes between meals. After regaining his health, the king ordered that taverns would not be allowed to serve wine to customers unless it was accompanied by a small snack or “tapa”.

Another popular explanation says that King Alfonso XIII stopped by a famous tavern in Cádiz (Andalusian city) where he ordered a cup of wine. The waiter covered the glass with a slice of cured ham before offering it to the king, to protect the wine from the beach sand, as Cádiz is a windy place. The king, after drinking the wine and eating the tapa, ordered another wine “with the cover”.

A final possibility surrounds Felipe III, who passed a law in an effort to curb rowdy drunken behavior, particularly among soldiers and sailors. The law stated that when one purchased a drink, the bartender was to place over the mouth of the mug or goblet a cover or lid containing some small quantity of food as part of the purchase of the beverage, the hope being that the food would slow the effects of the alcohol, and fill the stomach to prevent overimbibing.

Citizens, these olives are herbaceous, spicy and delicious – I hope you enjoy them at your next party (or as a late night snack). 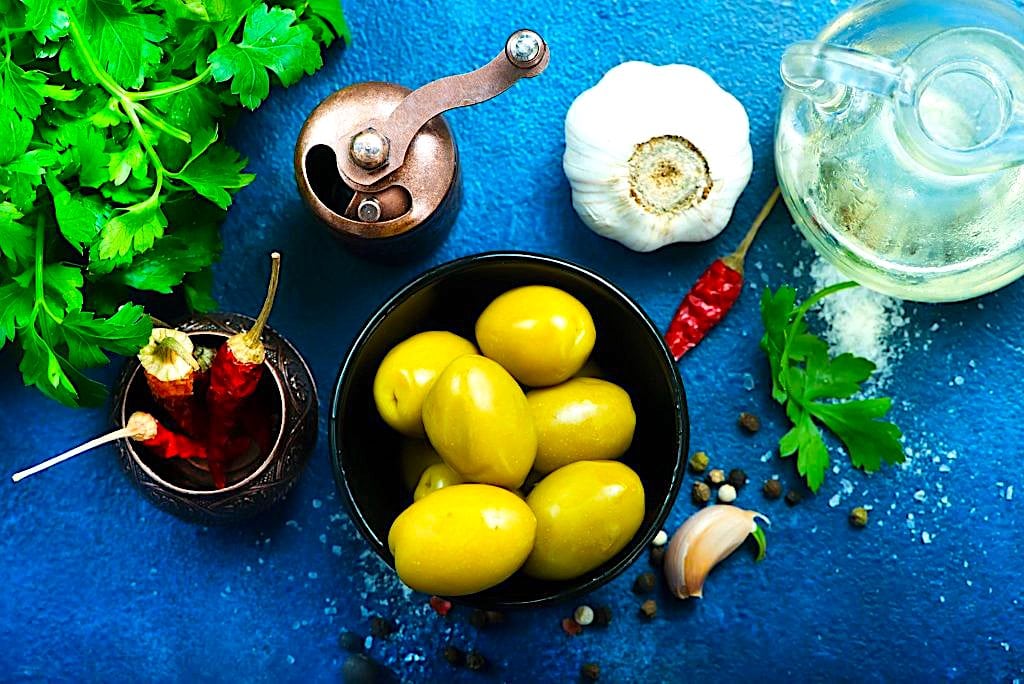