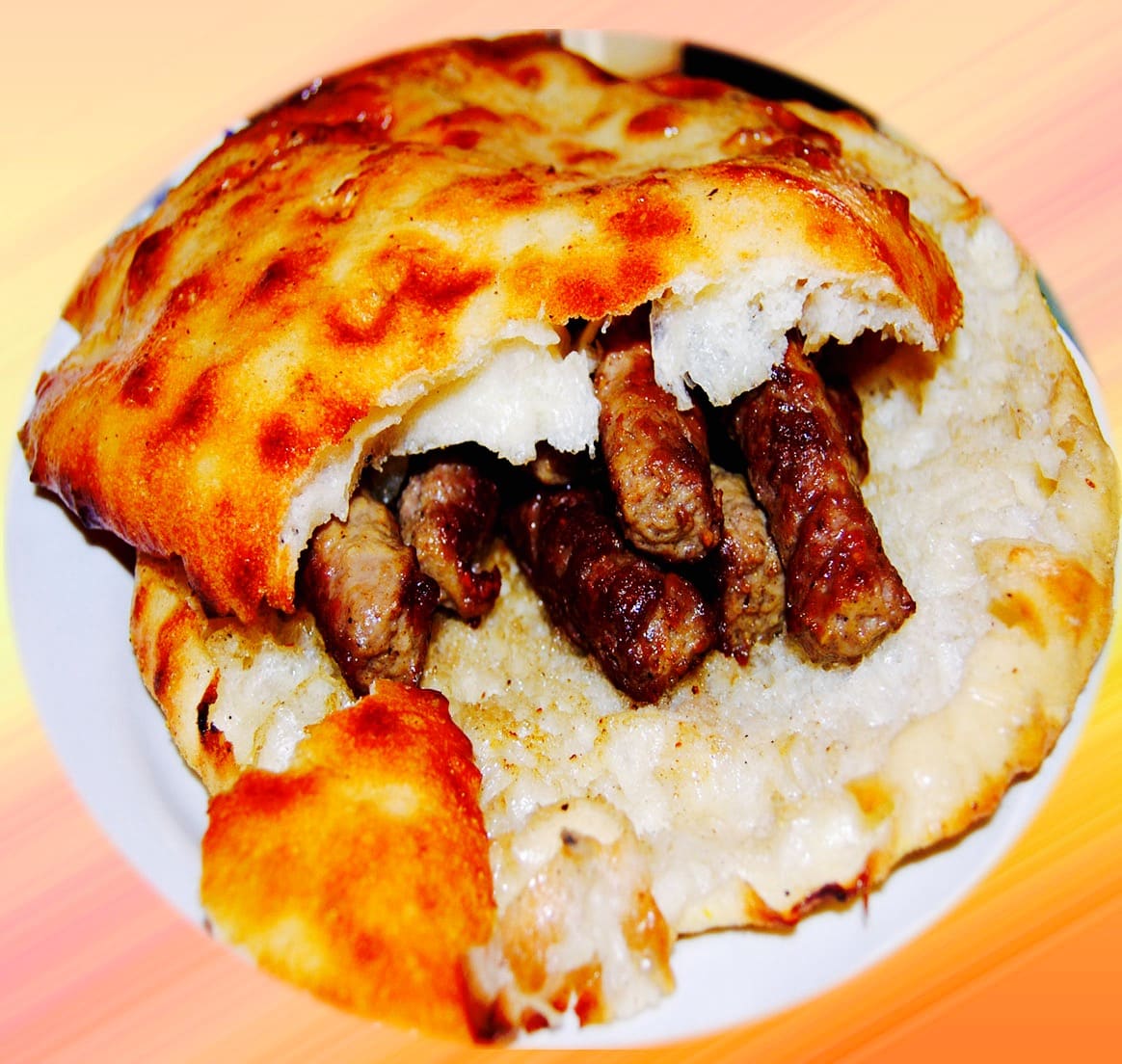 Citizens, this “sausage” is actually closer to an American hamburger in many ways (despite being sausage-shaped) since it lacks a casing and is made from chopped meat. It is however spiced similar to a sausage and is exceptionally flavorful! Ćevapi or ćevapčići (formal diminutive) are found traditionally throughout the countries of southeastern Europe (the Balkans).

As noted in this excerpt from an excellent and well-researched article from philosokitchen.com:

The origin of Cevapi is probably Serbian and relatively recent: dated during the expansion of the Ottoman Empire into the Balkans area (XIX Century).

The term Cevaci derives from the Persian word Kebab. They are also called Cevapcici, that can be translated as Small Kebab. In North Macedonia, they are called Kebapi.

The Serbian Journalist and Novelist Branislav Nušić (1864-1938) affirmed that the Cevapi was an idea of a man called Zivko, owner of a family restaurant in Belgrade. In 1860, Zivko shaped the mixture of the Pljeskavica – the traditional Serbian hamburger – into a Kofta Kebab.

The success of this new recipe had been incredible: tons of persons started to crowing the Zivko’s restaurant asking for Cevaci all day long, even at breakfast!

Ziko’s was originating of the region of Leskovac, the home of another Serbian specialty: the Ajvar. Zivko served the Cevapi with Ajvar for the first time: a pairing that is a classic even nowadays!

The legend says that Cevaci made Zivko rich, and he decided to honor his home city, financing the building of a church.

During the first decades of the XX Century Cevapi crossed the Serbian borders becoming popular in several countries of Balkans and East Europe.

Nowadays, this recipe is considered a National dish in Bosnia and Herzegovina, Romania, and Serbia.

Ćevapi are usually served as 5–10 pieces on a plate or in a flatbread (lepinje or somun), often with chopped onions and kajmak, a creamy dairy product similar to clotted cream that is made from the milk of water buffalos, cows, sheep, or goats in the Balkans.

Bosnian ćevapi are made from two types of minced beef meat, hand mixed and formed with a funnel, while formed ćevapi are grilled. Serb ćevapčići are made of either beef, lamb or pork or mixed. Macedonian, Croatian, Bulgarian and Romanian varieties are often made of both pork and beef.

Ćevapi are frequently served with Lepinje, also known as somun, a triple-raised flatbread that is a popular street food in the Balkans. It is baked initially at high temperatures to achieve a hollow, puffy shape like Middle Eastern pita.

Add in some chopped fresh onion and the unique TFD touch of fresh herbs and you have one hell of a delicious Ćevapi sandwich, Citizens! 🙂

Thanks to my dear friend Vladeta Marjanovic for the secret tip to making the best Ćevapi – adding a lightly-beaten egg to the mixture! Apparently, most recipes omit this secret, so I am grateful for his generosity for sharing it with me!

I’d personally enjoy this with some Serbian Lamingtons for desert.