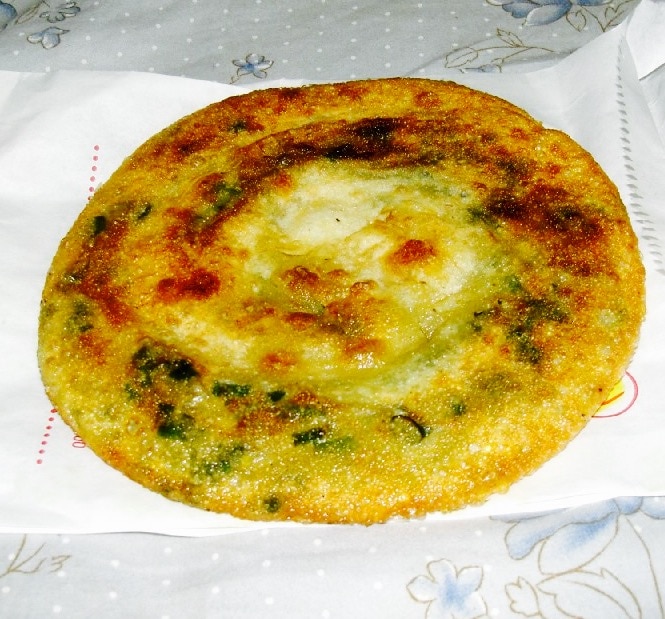 Citizens, many of you perhaps assume China is a country where rice is the primary starch. While certainly true in the South, Northern Chinese raise wheat, not rice and this delicious fried scallion bread (usually referred to as a “pancake”) reigns supreme!

Cong You Bing’s origin dates back so long ago that many Chinese historians cannot fully agree on where it was created. Many believe Cong You Bing originated in Shanghai, where many Indians had once lived.  This makes sense due to the scallion pancake’s similarity to Indian naan bread.

My version of this toothsome treat uses melted chicken fat and a touch of sesame oil for frying to add real savor – you can use just corn oil if you so prefer. I also added a touch of ground Sichuan peppercorns, but this is totally optional, Citizens! I first learned how to make these amazing breads from my Chinese cooking mentor, the late Dr. Barbara Tropp, Chinese historian and gastronome extraordinaire! I am forever indebted to her tutelage on the correct approach to Chinese cuisine!

If you’re interested in reading her cookbooks, you can either buy copies of the still in-print versions at Amazon or visit ckbk.com and subscribe there to read them (and thousands of others!)

Regardless, I think you will find my version to be the most flavorsome you’ve ever tried!