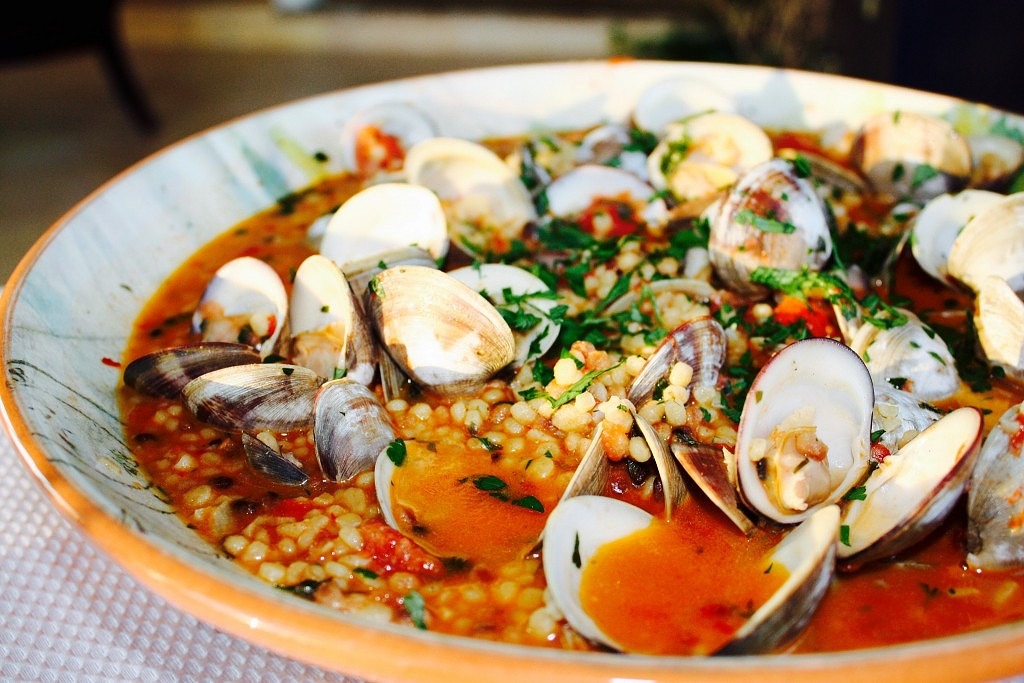 Citizens, magnificent and ancient Sardinia is the second largest island in the Mediterranean Sea (after Sicily and before Cyprus) and is an autonomous region of Italy.

The nearest land masses are the island of Corsica, the Italian Peninsula, Sicily, Tunisia, the Balearic Islands, and Provence.

The region has its capital in its largest city, Cagliari, and is divided into eight provinces. Its indigenous language and the other minority languages (Sassarese, Corsican Gallurese, Catalan Algherese and Ligurian Tabarchino) enjoy “equal dignity” with Italian each in the concerned territory by a regional law.

Sardinia is one of the most geologically ancient bodies of land in Europe. The island was populated in various waves of emigration from prehistory until recent times. The history of Sardinia is incredibly long, dating back more than 10,000 years!

The cuisine of Sardinia reflects this ancient lineage of the people, with many unique to the island specialties.

Suckling pig (porcheddu) and wild boar (sirbone) are roasted on the spit or boiled in stews of beans and vegetables, thickened with bread. Herbs such as mint and myrtle are used. Much Sardinian bread is made dry, which keeps longer than high-moisture breads.

Those are baked as well, including civraxiu, coccoi pintau, a highly decorative bread and pistoccu made with flour and water only, originally meant for herders, but often served at home with tomatoes, basil, oregano, garlic and a strong cheese.

Traditional cheeses include Fiore Sardo (a sheep cheese that is a favorite of TFD!) pecorino sardo, pecorino romano, casizolu, ricotta and the almost vanished and infamous casu marzu (infamous for containing live maggots that ripen the cheese).

Fregula (also fregola) is a unique type of pasta from Sardinia. It is similar to North African Berkoukes and Israeli couscous. Fregula comes in varying sizes, but typically consists of semolina dough that has been rolled into balls 2–3 mm in diameter and toasted in an oven.

Fregula is typical of the southwestern part of Sardinia, and was imported by Ligurian immigrants coming from the Genoese colony of Tabarka in Tunisia. You can buy it here.

A typical preparation of fregula is to simmer it in a soup with clams, the recipe of which follows. My version is resolutely traditional with 3 optional ingredients – the first is Mirto, a unique liqueur from Sardinia flavored with myrtle berries – buy it here. The second and third are floating toasts on the soup liberally covered with toasted Fiore Sardo cheese. Feel free to omit these three items if you prefer the traditional version of this delicious soup, Citizens!