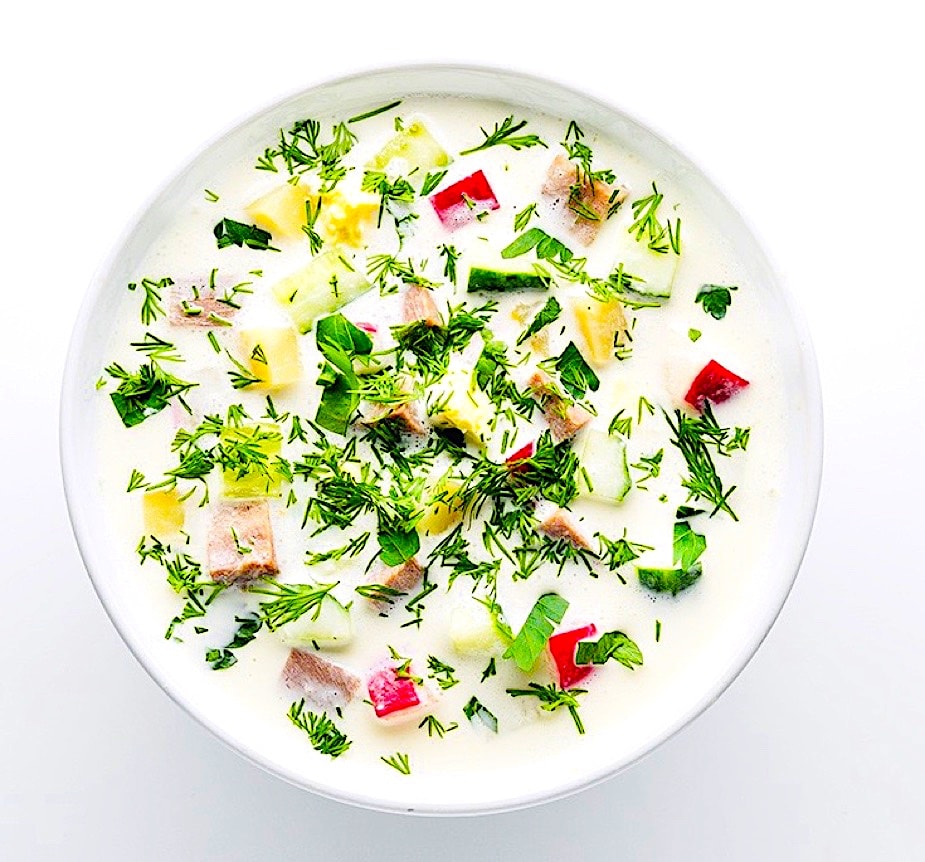 Citizens! I am overjoyed to share my latest culinary supremacy with you, the forever loyal members of TFD Nation who are the very shining stars of greatness in my revolutionary firmament!

As we slide into Summer, and the mercury in the thermometer climbs relentlessly into the triple Fahrenheit digits, I wish to share a cooling, delicious and uniquely refreshing recipe for a cold Russian soup.

I speak – of course – of the mighty Russian soup known as Okroshka, with a solid base of Russian kefir! If you’re not familiar with kefir:

Kefir is a fermented milk drink similar to a thin yogurt that is made from kefir grains, a specific type of mesophilic symbiotic culture. The drink originated in the Caucasus, Eastern Europe and Russia, where it is prepared by inoculating cow, goat, or sheep milk with kefir grains.

The word kefir, known in Russian since at least 1867, is probably of Eastern European and Russian origin, although some sources see a connection to Turkic köpür (foam)or kef (a word of Persian origin meaning foam or bubbles).

Traditional kefir was made in goatskin bags that were hung near a doorway; the bags would be knocked by anyone passing through to keep the milk and kefir grains well mixed.

Kefir spread from the former Soviet Union to the rest of Europe, Japan, the United States by the early 21st century. It has become known in Latin America as búlgaros, or “Bulgarian drink”.

Traditional kefir is fermented at ambient temperatures, generally overnight. Fermentation of the lactose yields a sour, carbonated, slightly alcoholic beverage, with a consistency and taste similar to drinkable yogurt.

Kefir can be found in many supermarkets today, and it is the base for kefir-style Okroshka!

Okróshka (Russian: окро́шка) is a cold soup of Russian origin and probably originated at the Volga region. Resplendent in its heady flavors and redolent with herbs and Summer’s bounty of vegetables, this is one soup that truly eats like a meal (especially if you go with the non-vegetarian version of the recipe that includes ham!).

The classic soup is a mix of mostly raw vegetables (such as cucumbers, radishes and spring onions), boiled potatoes, eggs, and a cooked meat such as beef, veal, sausages, or ham with light or diluted kefir, whey, vinegar, or mineral water.

The ingredients are finely diced (Okroshka is derived from the Russian word literally meaning “chop” крошить, which is why it’s chopped up in small pieces) and then mixed with kefir just before eating.

Okroshka is mostly served in summer because the soup combines the refreshing taste of kefir and the lightness of a salad. Salt and sugar can be added according to taste. Okroshka is always served cold. Sometimes ice cubes are added to served portions to keep the soup cold in hot weather.

My version of this delectable soup includes a few touches from the country of Georgia, where they have mastered the use of herbs and spices in ways outsiders can never imagine! I call for the use of Svanetian salt from Georgia, which is an herbed, spiced and massively Garlic-enhanced salt that really adds a special touch to this.

The recipe may be found here, but you can easily omit it or just use another herbed or spiced salt you like. I also, in another nod to Georgia, add some minced tarragon to the soup.

The kefir base is enhanced with some mustard for bite, as well as a heterodoxical addition of some dill pickle juice to add some more tartness. This is a nod to the Bulgarian Trakiiska salad made from strained yogurt with pickles.

This is not a difficult recipe to make and is truly a dish that defines refreshing – I hope you enjoy it as much as I do, ! 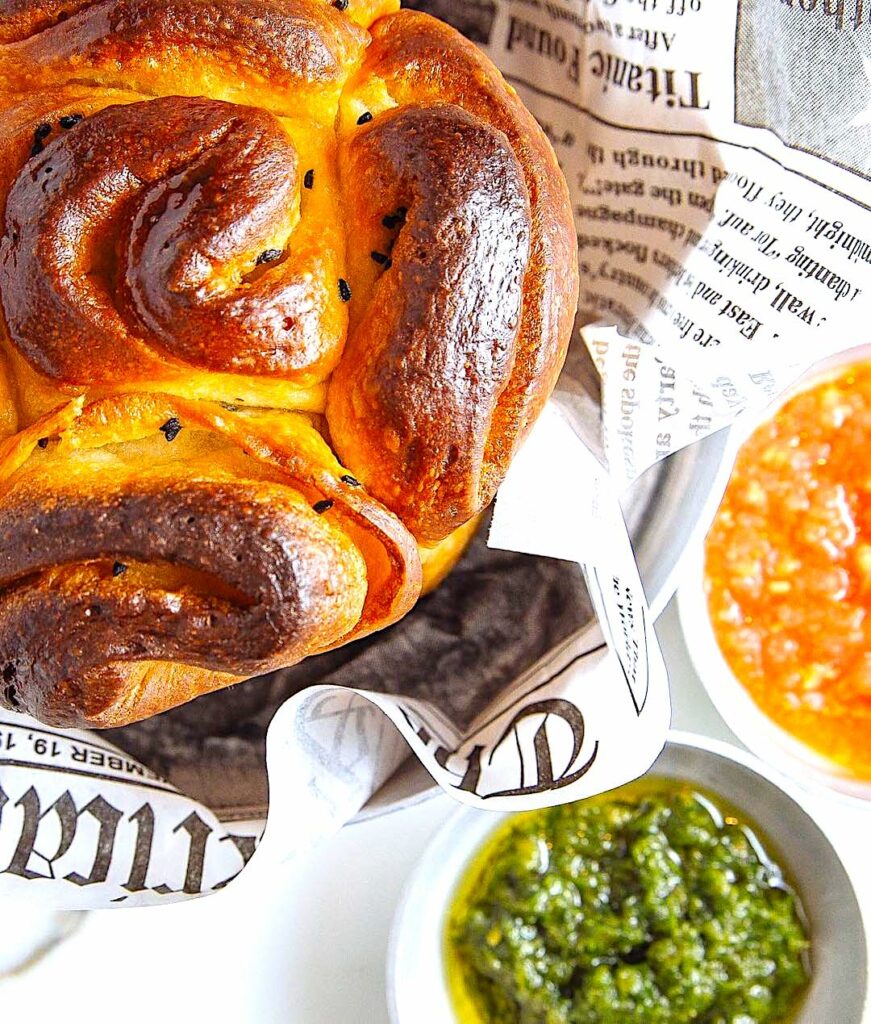 () My Citizens – the last few days of the Russian invasion of Ukraine have placed all the civilized nations of the world on high alert, few more so than Israel (a country that enjoys close ties to both nations and which has always embraced former Soviet Jews as citizens and allies alike). Until yesterday,…