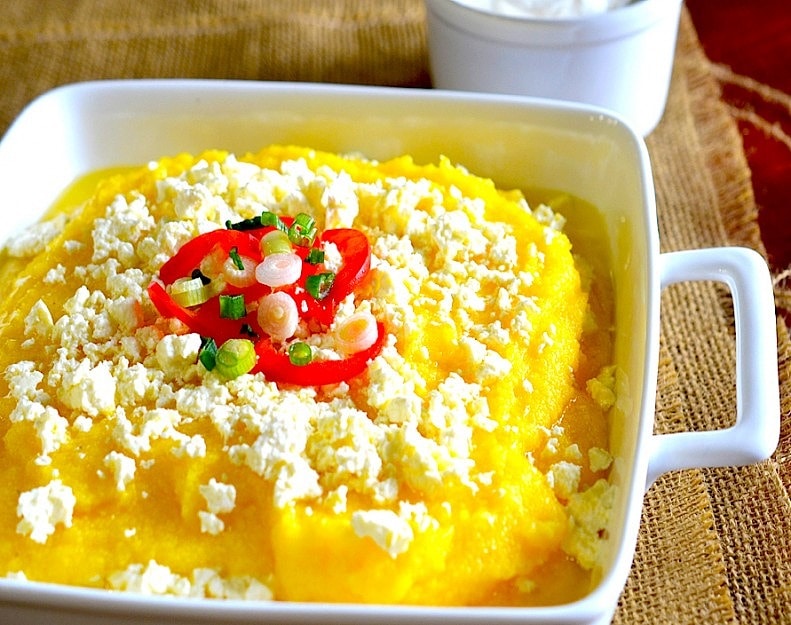 Citizens! Mămăligă is a porridge made out of yellow maize (corn) flour, traditional in Romania, Moldova, and Western Ukraine.

Historically a peasant food, it was often used as a substitute for bread or even as a staple food in the poor rural areas. However, in the last few decades it has emerged as an upscale dish available in the finest restaurants.

Historically, porridge is the oldest form of consumption of grains in the whole of humanity, eaten long before the appearance of bread.

Before the introduction of maize in Europe in the 16th century, mămăligă had been made with millet flour, known to the Romans as pulmentum. Moreover, the Romans ate so much of it that the Greeks called them pultiphagonides (porridge eaters).

Corn was introduced into Spain by Hernán Cortés from Mexico and spread in Europe in the 16th century. Corn requires a good amount of both heat and humidity to thrive. The Danube Valley is one of Europe’s regions that is most ideal for growing corn.

A Hungarian scholar documented the arrival of corn in Timişoara, Banat region, 1692. Mămăligă of millet would have been replaced gradually by mămăligă made of corn. The corn then become an important food, especially in the fight against famine which prevailed in the 17th and 18th centuries.

The existence of corn-based mămăligă is attested since 1873 in the edition of Larousse, a French dictionary: mamaliga s. f. Boiled corn meal, in the Danubian principalities.

My version of mămăligă is very rich, including butter, feta cheese and sour cream – I have also added in some herbs to make the porridge even more delicious! My heathen use of basil oil adds even more flavor and brings it a bit closer in spirit to Italian polenta – but make no mistake, this remains Romanian mămăligă! 🙂