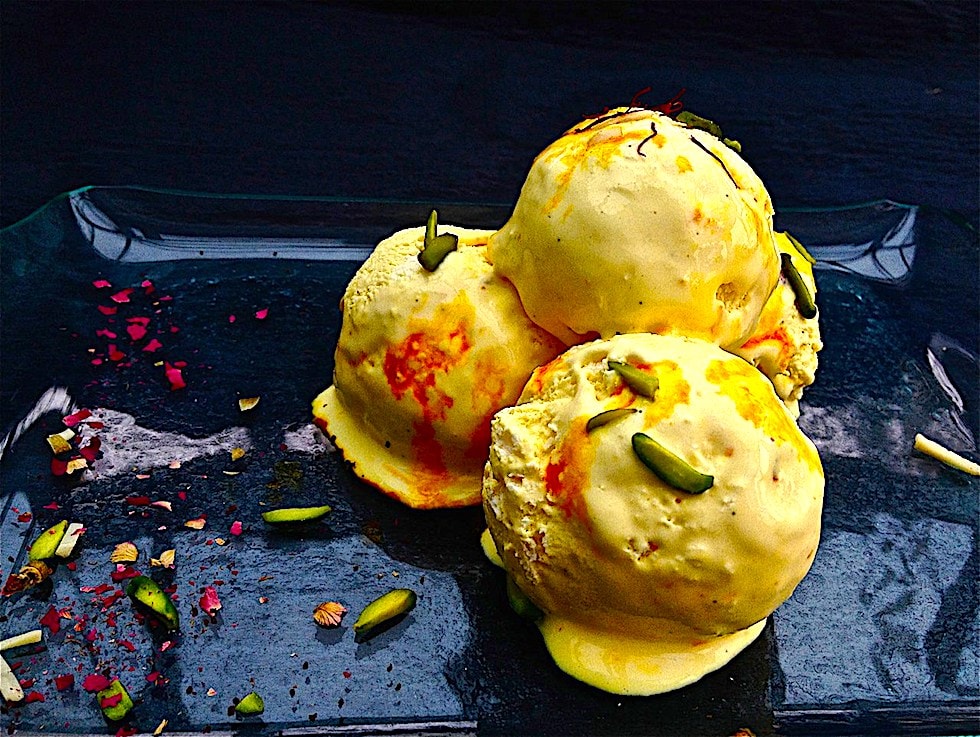 Citizens, few things delight the sweet tooth (specifically, my left bicuspid) of your beloved leader – the Excellency exemplified by the mighty TFD! – more than ice cream!

As noted on the Iran Chamber Society website, there is a noble history to this most sophisticated of desserts:

Iranians acquainted to ice cream when Iranian King, Nasser-o-ddin Shah of Qajar, in his trip to Europe enjoyed French ice cream in Paris.

With the advent of Reza Shah of Pahlavi, the ice cream reached the streets of Iranian cities and continued its journey to the hearts of Iranians. This was the beginning of Iranians love affair with ice cream. They started to create their own version with rich flavors.

Akbar Mashti, his real name was Akbar Mashhadi Malayeri, was the first to vend ice cream in Iran. He was born in 1878 in a remote village of Malayer county near Hamadan.

At his early age, he left his village and came to Tehran. Before engaging in the ice cream business Akbar Mashti tried and experienced variety of jobs, like taking sugar and tea to the northern cities and bringing back firewood, to make a living.

During his stay in Tehran, Akbar Mashti was acquainted with Mohammad Rish, who maintained good ties with the courtiers of Persian king, Mozafar-o-ddin Shah. This friendship with Mohammad Rish resulted him to come in touch with ice cream.

Akbar Mashti was reputed for his honesty, sincerity and always offering the same best quality ice cream. He passed away at the age of 92 as a result of kidney failure.

My friend Cyrus, possessed of a most noble and historic name in Persian history, is a connoisseur of bastani and he has personally endorsed my version of the recipe for this classic dessert!

It is not difficult to make, but does use some unusual ingredients including salep, the powdered root of a special orchid that gives this Persian ice cream a unique stretchiness! You can purchase salep on Amazon here.