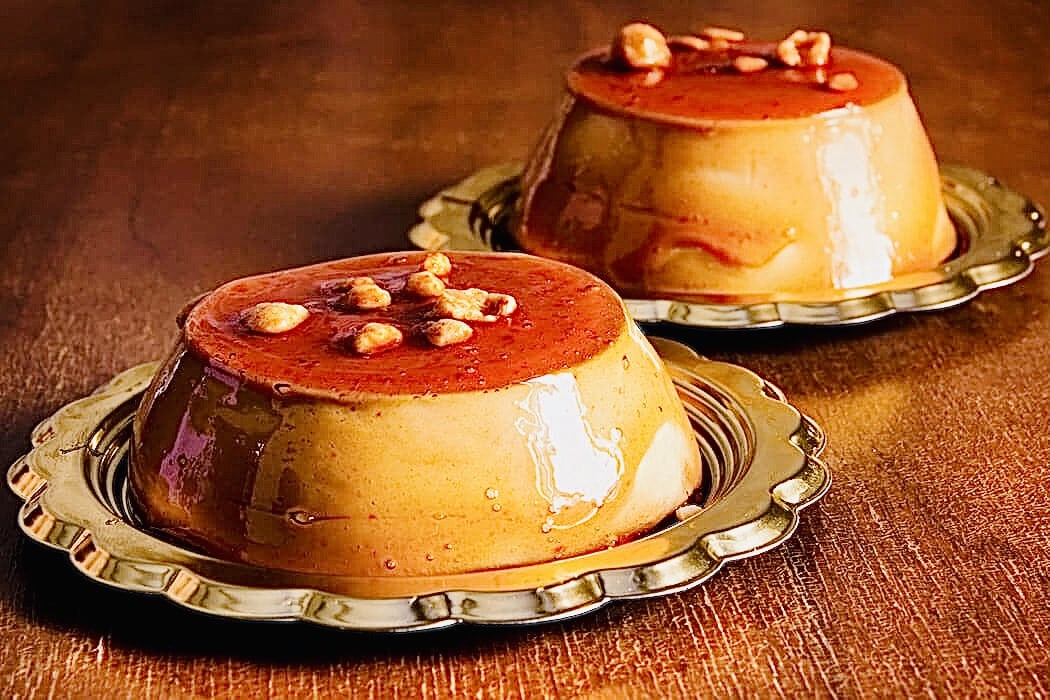 Citizens, wildfires of apocalyptic fury are scorching my beautiful state of California into a blackened husk, while COVID-19 continues to rage unabated – the prognosis is grim indeed for Californians up and down the state. As such, I choose to focus my prodigious energies upon a far more positive topic in these dark times – and who doesn’t love a good wedding? As such, I wish to share details of how Indian Parsi weddings are planned and undertaken!

It is true that most Indian weddings are magnificent spectacles, rife with bright colors, spicy flavors and an over-the-top mentality rivaled only by a Long Island Bar Mitzvah. However, the Parsi, a small minority in India, undertake weddings that are more restrained, but their meals are DEFINITELY over-the-top!

First off, if you’re not familiar with the Parsi, allow me to quote a seminal article about them from thecookscook.com:

Originating from what was once the Persian Empire, Parsis are the followers of Prophet Zarathushtra, who was born in Airyana Vaeja in the foothills of the mountains in Central Asia. Zoroastrianism was revealed 3,500 years ago by this prophet and was the first monotheistic religion known to mankind <TFD NOTE: this is actually wrong, Judaism predates it by 2,000 years>.

In spite of its being so old, it is a living religion for about 200,000 Zarathustis who practice their faith around the world. Many fled Persia and migrated to India 1,200 years ago in the 9th century.

They landed on the shores of Gujarat where they were accepted on the strict condition that they were not allowed to seek converts, and there they began a new chapter for themselves. This small community of Zarthustis were then called Parsis by the locals.

Today, as the Parsi community the world over faces extinction, it is also facing questions from within its community on how to ensure the continuation of their religion and culture.

Parsi cooking has been shaped by two ancient cultures— Persia, where Parsis originated, and India, where they later settled. This unusual historical background gives Parsi foods a distinct and unique flavor.

Recipes with nuts, dry fruits and shirini (sweet) within them originated in Persia, while ginger, garlic, chilies and spice add Indian flair. Centuries-old foods like saffron, jaggery and vinegar, as well as ginger, cinnamon and turmeric — all staples in Parsi cooking — are celebrated in modern times for their health benefits.

Although its population is small, the Parsi community is known for its high achievers in all walks of life.

Parsis, well known for their love of art and music, include the late Freddy Mercury of the band “Queen” and Zubin Mehta of the Israel Philharmonic Orchestra. Bollywood has also been entered into by the Parsi community, with entrepreneur Ronnie Screwvala leading it into a firm bond with Hollywood.

As for their weddings, as noted on the sui generis resource for all things related to Indian weddings – weddingwire.in:

Far from OTT, flashy, big fat weddings, a Parsi wedding is known for its simplicity in style and commitment to traditions and rituals. We explore these in a look into Parsi wedding traditions.

Blooming hues of red and white set the tone for a Parsi wedding, far away from the flashy and OTT wedding spirit of the grand Indian wedding affair.

Steeped in Zoroastrian culture, the simplicity of a Parsi wedding is almost mesmerising. In this piece, we explore how the ‘Lagan’, set in a garden of the fire temple is an interesting bundle of customs, both fun and spiritual.

The bride adorns a white ornate silk or chiffon Saree, traditionally called as the Parsi Gara. These Sarees are heirlooms, passed down one generation to the next. They are gorgeously in aesthetic and admirably comfortable in wear. The saree is delicately draped to cover the head with one end during the wedding ceremony.

Like the ensemble, the jewellery isn’t too OTT either. She adorns simple jewellery pieces that are a family heirloom along with the auspicious red bangles gifted by her mother-in-law.

The groom attire complements the divine simplicity of her bride. He adorns a Parsi Dagli, a white overcoat, and Fetah which is the long black traditional Parsi hat.

The attire is completed with a white cotton short Kurta and an off-white shawl on his shoulder. Black formal shoes bring the whole outfit together. 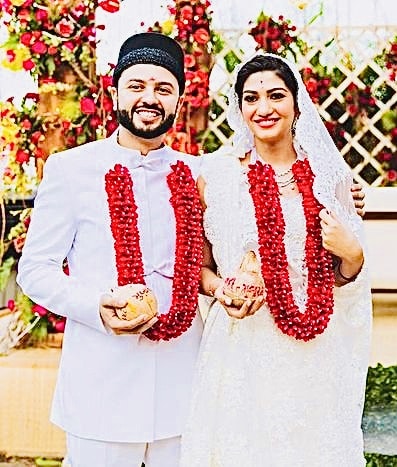 After the wedding ritual, the bride and the groom sit next to each other with oil lamps lit on their either side. The priest begins the prayers and completes other rituals to officiate the Parsi wedding. And then the couple exchange wedding rings to mark an end to the wedding rituals.

After the ceremony, the traditional celebratory feast includes any number of Parsi dishes, and nearly always concludes with this rich and delicious custard!

Lagan nu, as it is known in the Parsi community is a smooth and sweet end to a celebratory wedding amongst the sadly-declining numbers of this ancient faith. My version hews closely to the standard recipe, my edits are noted below, and for once this recipe is simplicity itself to prepare!

I am very particular about my rosewater, please only use Cortas brand, which you can easily purchase here. I also call for the richer flavor of vanilla paste as opposed to extract, my brand is here.

You now don’t have to wait to be invited to a Parsi wedding to enjoy this rich dessert – serve it at home as the cooling conclusion to a deliciously hot dish of Parsi spicy prawns! 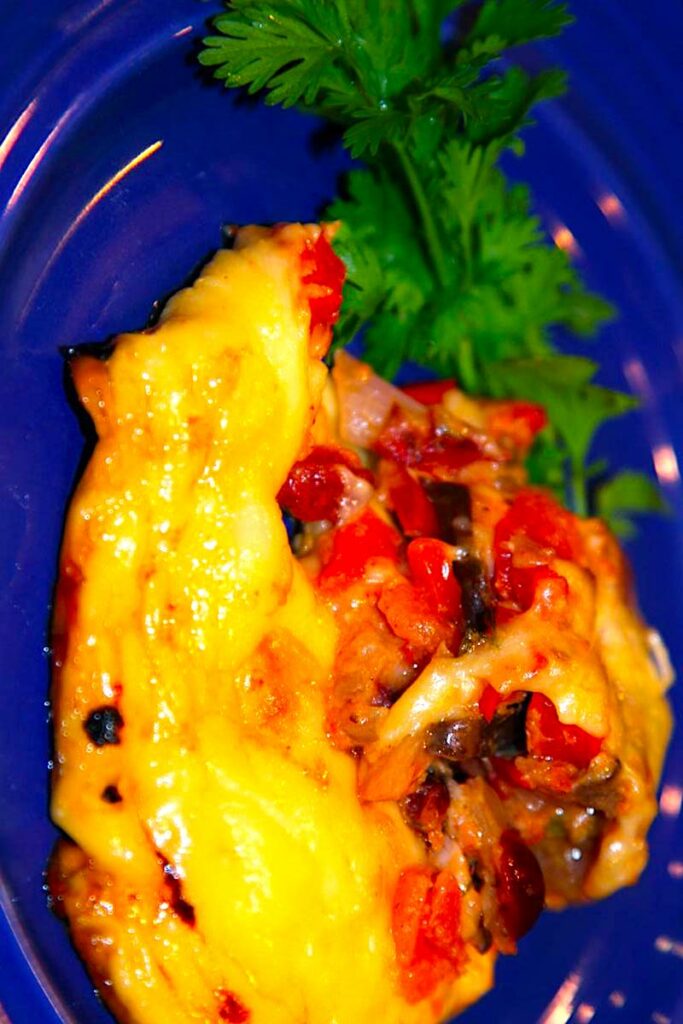 () Citizens! Few things spark greater pride within the swelling breast of the Hetman of History, the Viscount of Victuals – YOUR TFD! – than to share unusual and supremely delicious recipes from countries that rarely see culinary blogging love! Today, I invite you to join Me as we virtually visit the proud country of…