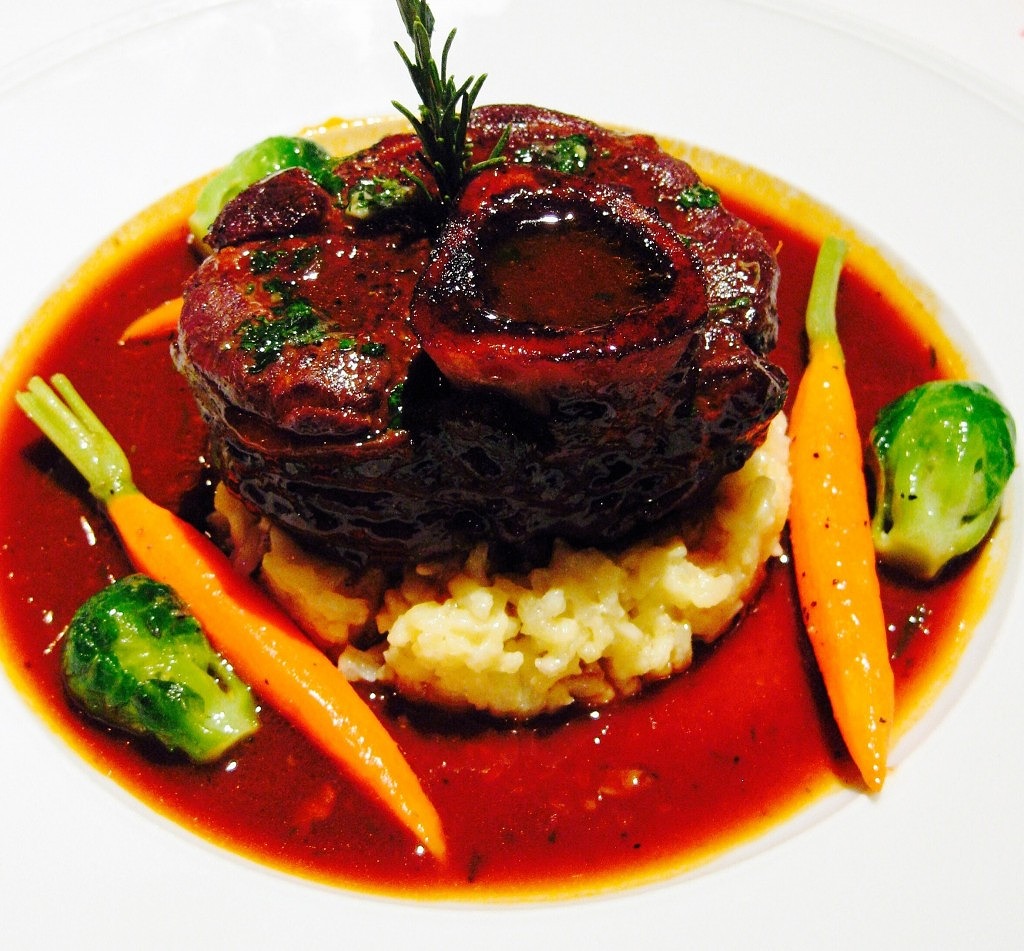 Ossobuco is a famous specialty of the city of Milan in Italy, consisting of cross-cut veal shanks braised with vegetables, white wine and broth. Many (myself included) consider the bone marrow in the center to be the most delicious part of the shank.

Ossobuco is often garnished with gremolata (parsley, garlic and lemon zest finely chopped together) and traditionally served with risotto alla milanese, which is flavored with both saffron and bone marrow. The veal should ideally braise until the meat can fall off the bone and be eaten with a fork alone.

Milan claims to be the city where Ossobuco was born. Its City Council, in 2007, solemnly declared the oss (or òs) buss, ossobuco in Milanese dialect, as part of the De.Co. (Denominazioni Comunali in Italian, or “community denominations”), which is an official public acknowledgement that a certain dish or product belongs to a certain territory.

There is no dispute of the fact that Ossobuco originated in the Italian region of Lombardy, home to Milan. No one, however, can say exactly when the dish was created.

The use of marrowbones and veal shanks was common in the Middle Ages in Italian cuisine, but there is no evidence of the presence of ossobuco (alla milanese) as a dish, at that time.

The gremolata used to flavor Ossobuco comes from the Milanese word “gremolà”, ‘reduce to grains’ and it was also used in the past to season scaloppine and dishes made with rabbit. It is added to ossobuco only at the end, before serving it.

Sometimes the gremolata contains rosemary and sage, or even anchovy, as Ada Boni recommend in her Il Talismano della Felicità. I do use anchovy in my personal recipe, but you can easily leave it out.

Citizens, this is truly one of the world’s great dishes and my version is incomparable – I am confident you will agree with your divine Leader on this point. 😉