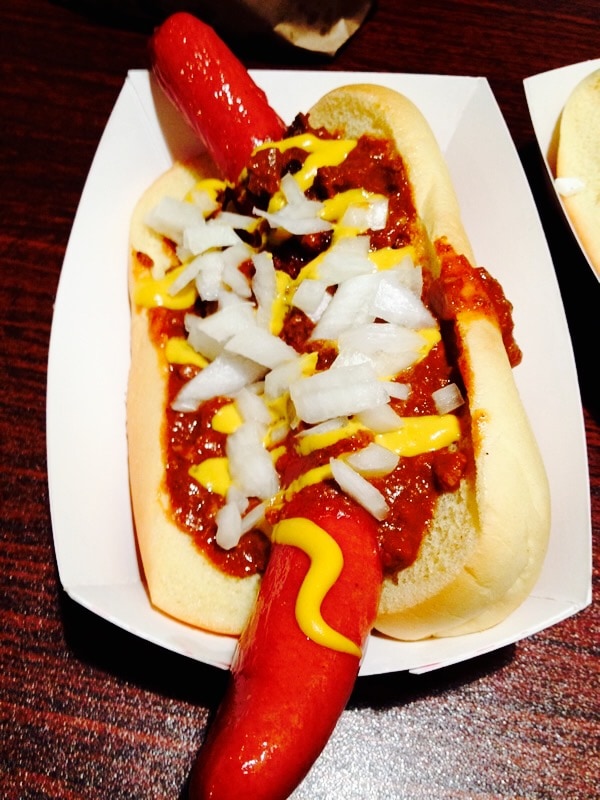 Citizens, today is Super Bowl Sunday, meaning it is once again time to post a recipe worthy of the Big Game and tailgating outside the stadium in Santa Clara beforehand!

Since TFD is from the center of the Universe, aka Brooklyn, NYC – this recipe originating not far from my birthplace is overdue for your consideration!

A Coney Island Hot Dog (or Coney Dog or Coney) is a natural casing hot dog in a bun topped with a Balkan spice-influenced savory meat sauce and sometimes other toppings.

It is often offered as part of a menu of dishes of Greek origin and classic American ‘diner’ dishes and often at Coney Island restaurants. It is largely a phenomenon related to immigration from Greece and the Macedonian region to the United States in the early 20th century.

Virtually all Coney Island variations were developed, apparently independently, by Greek or Macedonian immigrants in the early 1900s, many fleeing the Balkan wars, who entered the US through Ellis Island in New York City. Family stories of the development of the dishes often included anecdotes about visits to Coney Island.

In 1913 the Coney Island Chamber of Commerce in New York had banned the use of the term “hot dog” on restaurant signs on Coney Island, an action prompted by concerns about visitors taking the term literally and assuming there was dog meat in the sausage.

Because of this action by the Chamber of Commerce, immigrants passing through the area didn’t know the sausage in a bun by the American moniker “hot dog.” Instead, the handheld food would have been known to immigrants as a “coney island.”

While still very popular in NYC, the Coney has become supremely popular in Michigan, as well as Indiana, Ohio, North Dakota, Wisconsin, Texas and Oklahoma. The key difference between the Midwest and NYC versions is that NYC uses ground beef and Midwesterns also add ground beef heart (!).

My version is NYC-based to the core, ! Enjoy it with some delicious Apple pie, if you’re so inclined! 🙂