Citizens, today we near the end of our journey into medieval times with this unique and remarkably tasty cheesecake that was popular in the court of King Richard II – Sambocade deserves a revival in the 21st century, as the flavor profiles are quite conducive to the modern palate. This recipe was recreated in modern times from the Middle English receipt (as recipes were known back then) from one of the only surviving court cookbooks of the era: ‘The Forme of Cury’.

‘The Forme of Cury’ does not mean the shape of a chicken korma – it means ‘The Method of Cooking’, cury being from Middle French cuire: to cook. It is an extensive collection of medieval English recipes from the 14th century, originally in the form of a scroll, its authors are listed as ‘the chief Master Cooks of King Richard II’. It is among the oldest English cookery books, and the first to mention olive oil, gourds, and spices such as mace and cloves.

The scroll was written in late Middle English (c. 1390) on vellum and contains about 200 recipes (although the exact number of recipes varies slightly between different versions) with many of the same recipes as Ancient Cookery (Latin: Diuersa seruicia). Sambocade was first identified in this text!

The Forme of Cury may have been written partly to compete with Le Viandier of Taillevent, a French cookbook created around the same time. This supports the idea that banquets were a symbol of power and prestige for medieval lords and kings.

The name The Forme of Cury was given to the manuscript by Samuel Pegge, who published an edition of it in 1780 for the curator of the British Museum, Gustavus Brander. This name has since come into usage for almost all versions of the original manuscript even though they differ from each other. It is one of the best-known medieval guides to cooking.

In the preamble, the authors explain the recipes are meant to teach a cook how to make both common dishes as well as unusual or extravagant banquet dishes. They also note that the recipes were written with the advice of the best experts in medicine and philosophy.

The Forme of Cury is the first known English cookery book to mention certain ingredients such as cloves, olive oil, mace and gourds. Many recipes contain what were at the time rare and valuable spices, including nutmeg, caraway, ginger, pepper and cardamom. There are recipes for preparing many different types of animals, including whale, crane, curlew, heron, seal and porpoise.

There are about 10 vegetable recipes, including one for a vinaigrette salad, which indicates influence from Portugal and Spain, as French cooks rarely used vegetables at that time. There are also several pasta dishes, evidence of Italian influence.

Some recipes in The Forme of Cury appear to be influenced by the Liber de Coquina, which had contributions from Arabic cuisine. For example, the recipe for mawmenee corresponds to the Arabic mamuniyya. The confectionery-like payn ragoun confirms the connection with Sicily (which had been Arab, Catalan and Norman), as it uses the Arab technique of cooking in soft ball syrup. …and of course, there is Sambocade.

The Latin for Elder is Sambucus which is where this recipe gets its name of Sambocade from (as does the Italian liqueur Sambuca, which also contains elderflowers).

It dates back to medieval times, when the Elder tree was steeped in folklore. As well as culinary uses, the Elder was the go-to plant for warding off witches, seeing off evil and imbuing dew with beauty-enhancing properties. There are still parts of Britain where people refuse to chop down Elders for fear of angering the spirits.

Needless to say, directions were not the strongest suit of medieval recipes, so this particular version is a modern recreation. My version of Sambocade is closely based on one from nutmegsseven.co.uk – I tweaked some amounts of ingredients but that’s about it! The original recipe would have used Elderberries – per the classic Monty Python insult. However, these are very hard to find nowadays, so we will use an ingenious substitution!

To make Sambocade today, you will need elderflower liqueur, which is available at any Bevmo – it is called St. Germain and is a delicious aperitif to begin your medieval meal! I would serve this with a medieval game pie, the recipe for which is here. As medieval recipes were very fragrant, it also calls for rosewater – my preferred brand is Cortas, buy it here but be VERY careful not to overdo it! The final pastry should barely taste of rose, it should not be like eating a potpourri! 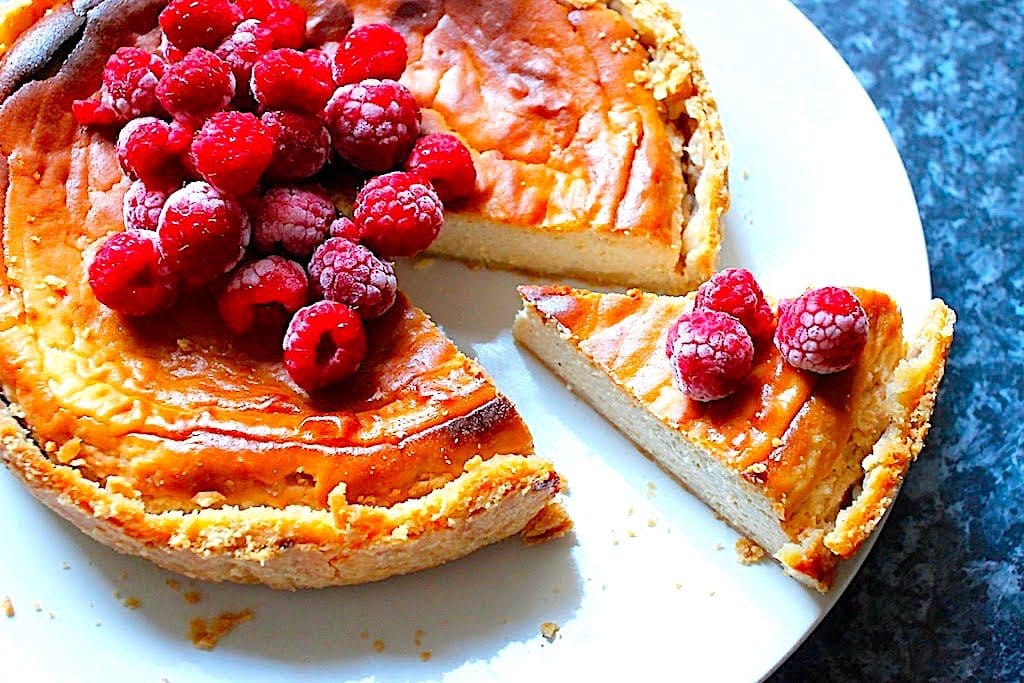 Add
90shares
TFD uses cookies and we comply with GDPR so you control your personal info! If you continue on, we will assume you are happy with this, Citizen! OkNoRead more