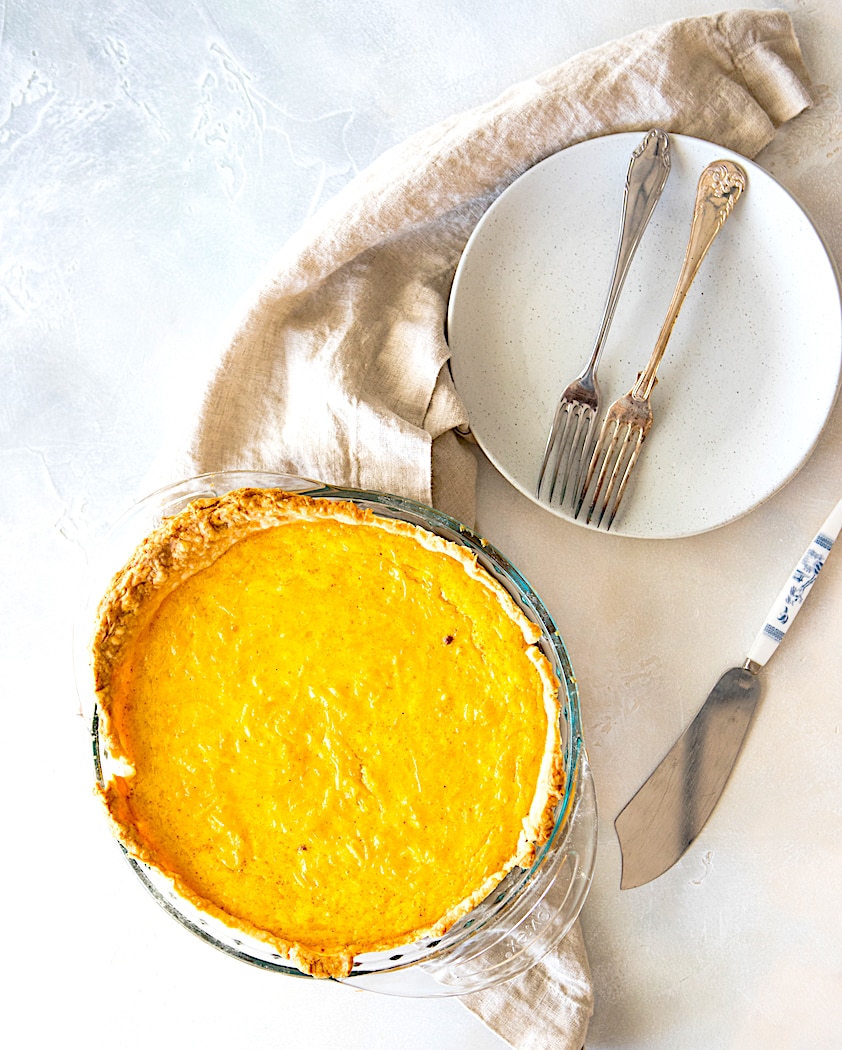 Citizens – the scholarly bent of your beloved Leader’s thought processes is known to one and all, and nowhere is this more self-evident than in my many historical recipes of yore! I’ve published everything from the world’s oldest recipe all the way to recipes a mere decade old, but all with established provenance.

Today, I would very much like to expand on my recent recipe post for the ultimate pie crust and allow you to pair it with an historic apple pie recipe dating all the way back to the 17th century in England – Marlborough pie, as it is known! This delicious recipe combining both sweet and tart apple shreds in spiced custard should be one that sparks both your taste buds and your historical curiosity in equal measure – and TFD will deliver in spades on both counts, as always!

As noted in a most scholarly article on eater.com that I have excerpted here:

Among North Americans, New Englanders are most likely to have heard of Marlborough Pie, a type of dessert that used to be popular in the Northeastern U.S. Here is everything you need to know about this pie, which once graced many a Thanksgiving table in colonial times and the early United States.

What is Marlborough Pie?

Marlborough pie is an apple custard pie. (Not to be confused with a custard apple pie.) It is usually a single crust pie, in which the crust lines the pie dish and the filling is baked within, sans top crust. The finished pie has a sweet-tart flavor due to the addition of lemon and sherry wine. In Apple Pie: An American Story, historian John T. Edge writes that the pie tastes of “the tang of lemons, the silky musk of sherry, the base register of apples.”

Where and how did it originate?

In early colonial days, apples were plentiful but perishable. To preserve them, colonists mashed them into sauce and cider. Home cooks turned older apples into puddings and pie. To stretch the apple filling for a pie when stores of fruit grew thin, cooks added a custard base of milk and eggs. Of the pie’s ubiquity Edward Everett Hale, a historian once based in Boston, wrote in his 1893 book A New England Boyhood:

To this hour, in any old and well-regulated family in New England you will find there is a traditional method of making the Marlborough pie, which is a sort of lemon pie, and each good housekeeper thinks her grandmother left a better receipt for Marlborough pie than anybody else did. We had Marborough pies at other times, but we were sure to have them on Thanksgiving Day.

According to The Apple Lover’s Cookbook by Amy Traverso, the first recipe for an apple pie made with custard and eggs is listed in a 1660 British book (republished) called The Accomplisht Cook by an English chef who trained in France named Robert May:

A made Dish of Butter and eggs.

Take the yolks of twenty four eggs, and strain them with cinamon, sugar, and salt; then put melted butter to them, some fine minced pippins, and minced citron, put it on your dish of paste, and put slices of citron round about it, bar it with puff paste, and the bottom also, or short paste in the bottom.

The Hartford Courant notes that ingredients like nutmeg, lemon, and sherry first began to appear in Britain in the mid-1600s through trade with Asia, Spain, and Mediterranean countries.

Colonists likely brought their recipes (and some ingredients) for apple custard pudding with them to New England, where apple trees prospered.

In Apple Pie, John T. Edge interviewed Deb Friedman of Old Sturbridge Village (an 1830s Living New England Living History Museum in Sturbridge, Mass.) who explains: “Eating seasonally [during colonial times] was not always about eating foods at the peak of their freshness. To eat seasonally at Thanksgiving was, in part, to eat foods that were on the verge of spoiling…. apples [didn’t keep long]…”

It is unclear why the pie came to be called Marlborough, though it’s likely named after the city in England or the city in Massachusetts.

The first documented recipe for “Marlborough Pie” in the United States is found in American Cookery, written by Amelia Simmons in 1776.

After further intense research, I came across this important set of apple choice details on kcrw.com:

For (Marlborough) apple pie, I like a mix of firm-tart and firm-sweet apples. So for firm-tart apples, I’d recommend Northern Spy, Newtown Pippin, Arkansas Black, Calville Blanc, Rhode Island Greening, Roxbury Russet, Sierra Beauty (a wonderful California apple), and Stayman Winesap. If you can’t find any of those, you can always stick with a Granny Smith. For firm-sweet apples, Gravenstein, Jonagold, Golden Delicious, and Ginger Gold will all work well. Using firm apples will give you a beautiful pie with defined chunks of apple.

Apple Notes: The most important thing for this pie is that the apples be firm enough not to completely melt away in the cooking. You do want a little bit of texture. If you can get your hands on some Golden Russets, you’ll find that their lemony flavor works beautifully here. But really, any firm-tart and firm-sweet apples will do. The more varieties, the merrier in this tipsy pie!

Most of the recipes on the Web for this treat seem to be carbon copy clones of each other, calling for the same crust, the same ingredients and the same proportions. Thankfully, your Generalissimo marches to his own drummer and I have adapted the recipe to include my own pie crust, my own seasoning proportions and a tweak on the alcohol.

Instead of just sherry, I like a small hint of Apple whiskey or young Calvados, the French Apple brandy – you can find my personal choices at the links. You want a young Calvados so it still tastes of the fruit – older, aged Calvados doesn’t taste much of Apples anymore. I find it adds a depth of flavor (along with the light brown sugar) missing in the original that I find most pleasant indeed.

Given that this recipe was originally created as a way to use up fruit that was slightly (or more than slightly) past its prime – it seems an excellent choice for quarantine cooking when your fruits aren’t getting replenished very often and it’s easy to let them ripen past ideal snacking fodder. That said, you can easily and deliciously use Apples at their peak, if you’re lucky enough to have a surfeit of them at your disposal! This recipe is guaranteed to appeal equally to children and adults alike – I hope you see fit to visit the past and try it forthwith!