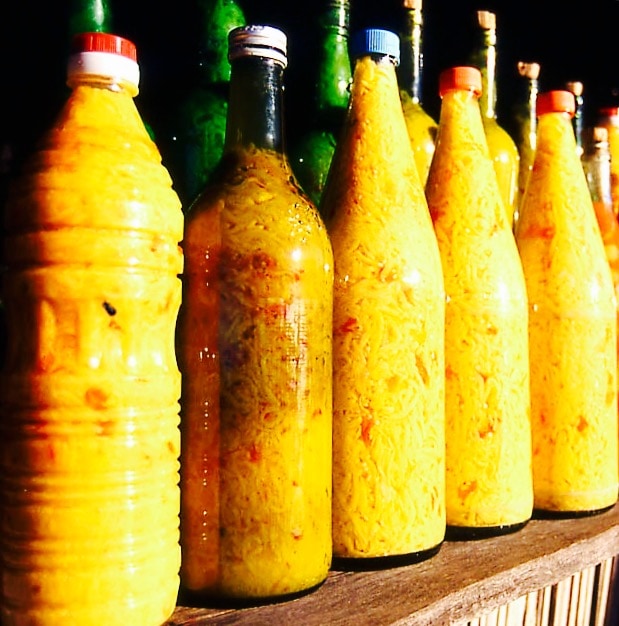 The Republic of Madagascar is an island country in the Indian Ocean, off the coast of Southeast Africa. The nation comprises the island of Madagascar (the fourth-largest island in the world), as well as numerous smaller peripheral islands.

Following the prehistoric breakup of the supercontinent Gondwana, Madagascar split from the Indian peninsula around 88 million years ago, allowing native plants and animals to evolve in relative isolation. Consequently, Madagascar is a biodiversity hotspot; over 90% of its wildlife is found nowhere else on Earth.

The first archaeological evidence for human foraging on Madagascar dates to 2000 BC. Human settlement of Madagascar occurred between 350 BC and AD 550 by Austronesian peoples arriving on outrigger canoes from Borneo. These were joined around AD 1000 by Bantu migrants crossing the Mozambique Channel from East Africa.

Until the late 18th century, the island of Madagascar was ruled by a fragmented assortment of shifting sociopolitical alliances. Beginning in the early 19th century, most of the island was united and ruled as the Kingdom of Madagascar. The monarchy collapsed in 1897 when the island was absorbed into the French colonial empire, from which the island gained independence in 1960.

Madagascan cuisine encompasses the many diverse culinary traditions of the Indian Ocean island of Madagascar. Foods eaten in Madagascar reflect the influence of Southeast Asian, African, Indian, Chinese and European migrants that have settled on the island since it was first populated by seafarers from Borneo between 100 CE and 500 CE.

Rice (vary) is the cornerstone of the Madagascan diet and is typically consumed at every meal. The verb “to eat a meal” in the Malagasy language is commonly mihinam-bary – literally, to eat rice.

Garlic, onions, ginger, tomatoes, mild curry, and salt are the most common ingredients used to flavor dishes, and in coastal areas other ingredients such as coconut milk, vanilla, cloves or turmeric may also be used.

A variety of condiments are served on the side and mixed into the rice or laoka according to each individual’s taste rather than mixing them in as the food is being cooked.

Indian-style condiments made of pickled mango, lemon, and other fruits (known as achards or lasary [laˈsarʲ]), are a coastal specialty. Lemon and mango pickles traditionally accompany meals in the northwestern coastal regions of Madagascar.

Madagascan Lemon Pickle is quite similar to Moroccan preserved lemons but is much hotter with chili and also spiced with curry powder, ginger and garlic. I find it a delicious condiment that jazzes up virtually any meal – I hope you will give it a try, Citizens!