The small country of Macedonia is a country located in the central Balkan peninsula in Southeast Europe. A landlocked country, the Republic of Macedonia is bordered by Kosovo to the northwest, Serbia to the north, Bulgaria to the east, Greece to the south, and Albania to the west.

In 356 BC, Philip II of Macedon absorbed the regions of Upper Macedonia (Lynkestis and Pelagonia) and the southern part of Paeonia (Deuriopus) into the kingdom of Macedon. Philip’s son Alexander the Great conquered the remainder of the region, and incorporated it in his empire, reaching as far north as Scupi, but the city and the surrounding area remained part of Dardania.

With the collapse of the regional Serbian Empire in the 14th century, all of the central Balkans were soon conquered by the Ottoman Empire and remained under its domination for five centuries. Following the two Balkan wars of 1912 and 1913 and the dissolution of the Ottoman Empire, most of its European-held territories (including the Macedonian region) were divided between Greece, Bulgaria and Serbia. Eventually, it became part of Yugoslavia and was under communist rule for several decades.

The independent state of Macedonia was formed after the breakup of Yugoslavia in 1991. It became a member of the United Nations in 1993, but, as a result of an ongoing dispute with Greece over use of the name Macedonia, it was admitted under the provisional description of “the former Yugoslav Republic of Macedonia” (Поранешна Југословенска Република Македонија, tr. Poranešna Jugoslovenska Republika Makedonija), abbreviated as FYROM.

Macedonian cuisine is representative of the Balkans, reflecting Mediterranean (Greek) and Middle Eastern (Turkish) influences, and to a lesser extent Italian, German and Eastern European (especially Hungarian) ones. The relatively warm climate in Macedonia provides excellent growth conditions for a variety of vegetables, herbs and fruits. As a result, Macedonian cuisine is particularly diverse in both seasoning and flavors.

Macedonian Rice Pudding – Сутлијаш (Sutlijaš), is perhaps the most popular dessert in the country. A delicious rice pudding, it is both flavorful and easy to prepare. Well worth adding to your arsenal of recipes, Citizens ! 🙂 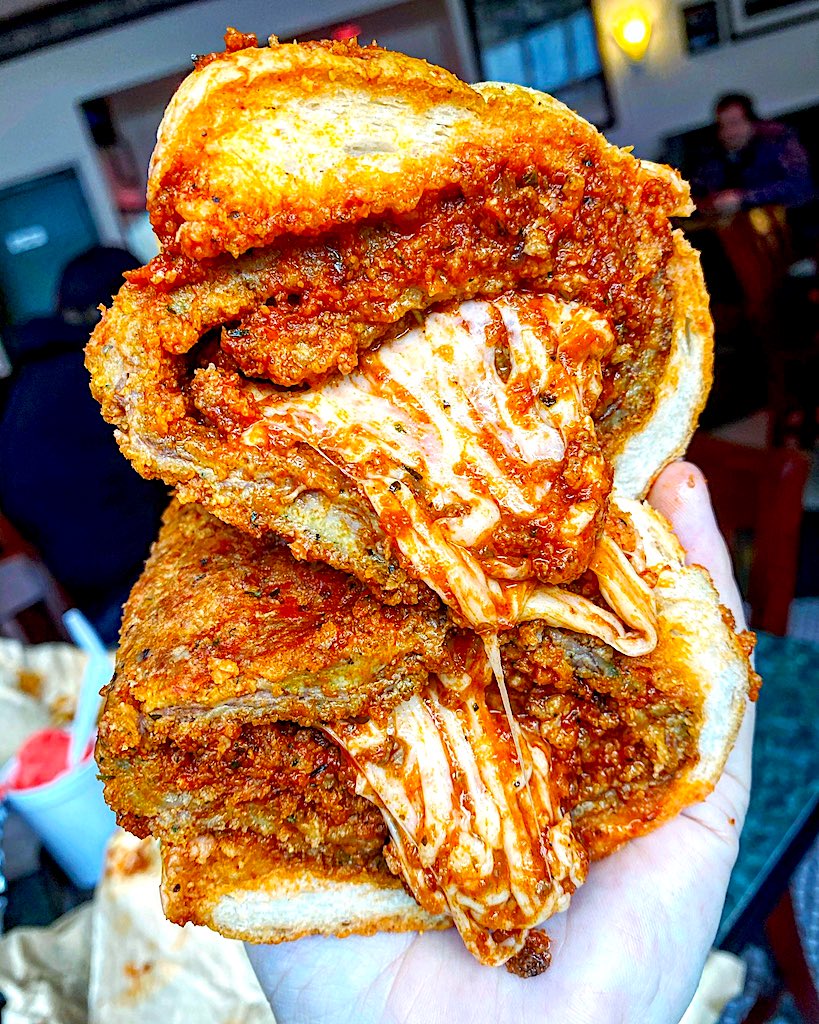 () Citizens, sandwiches are a fundamental north star amongst the gastronomic constellations adorning the ‘primum mobile‘ of My culinary voyages – and I am beyond proud to have TFD Nation along for the ride! Sandwiches can range from the most prim and proper accompaniments to high tea or they can be monstrous, hulking beasts ready…