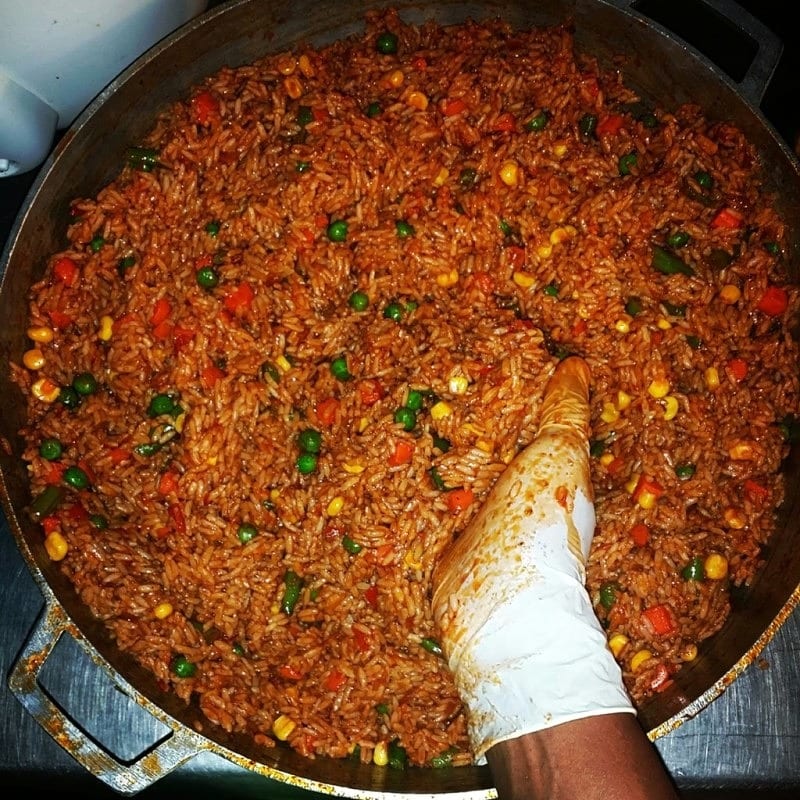 Citizens, much of the news coming from the West African country of Liberia during the past year has been tragic, with the Ebola virus having claimed thousands of lives.

However, Liberia has a proud history and an excellent cuisine, which combines traditional West African and American South Creole techniques. The history of Liberia is in fact inextricably tied to the United States!

Liberia, officially the Republic of Liberia, is a country on the West African coast. Liberia means “Land of the Free” in Latin.

Between January 7, 1822 and the American Civil War, more than 15,000 freed and free-born Black Americans from the United States and 3,198 Afro-Caribbeans relocated to the West African settlement (soon to become the country) of Liberia, taking with them dreams of returning to their ancestral continent.

The Black American settlers carried their culture with them to Liberia. The Liberian constitution and flag were modeled after the United States. In January 3, 1848 Joseph Jenkins Roberts, a wealthy free-born Black American from Virginia who settled in Liberia, was elected as Liberia’s first president after the people proclaimed independence.

Unlike other African countries, Liberia is the only African republic to have self-proclaimed independence without gaining independence through revolt from any other nation, being Africa’s first and oldest republic. Liberia maintained and kept its independence during the European colonial era.

It is bordered by Sierra Leone to its west, Guinea to its north and Ivory Coast to its east. It covers an area of 111,369 square kilometres (43,000 sq mi) and is home to 4,503,000 people. English is the official language and over 20 indigenous languages are spoken, representing the numerous tribes who make up more than 95% of the population.

Most meals in Liberia are prepared in a single kettle over a three-stone fire. Liberians also have a long tradition of baking pastries. Their bakeries are noted for sweet potato, coconut and pumpkin pies; sweet potato cookies, peanut cookies, cassava cakes, pound cakes and spice cakes.

Reflecting the Creole heritage of the country, Jollof rice is a one-pot dish popular in many West African countries. It is a West African version of pilaf or paella, and possibly a progenitor of the Louisianian dish jambalaya!

The dish consists of rice, tomatoes and tomato paste, onions, salt, spices and chili peppers; optional ingredients can be added such as vegetables, meats, or fish. Due to the tomato paste and palm oil, the dish is always red in colour.

Jollof rice is a favorite Sunday meal in Liberia and the recipe varies according to locally available ingredients. I would like to think my traditional version would find great favor with the freedom-loving people of Liberia!

Blend the tomatoes, tomato paste, hot peppers, garlic, onions and ginger to a paste in the food processor.

Heat the paste in a large pot until bubbles appear – the point is to boil out the water to thicken the paste and concentrate the flavors! Reserve.

Sauté bacon in a large saucepan until lightly crisp. Remove bacon, and reserve.

Pour ¼ cup of oil into the saucepan with the bacon fat. Sauté shrimp, chicken and ham on medium-high heat until slightly brown. Remove from the pan.

In the same saucepan, add the rest of the oil and sauté the tomato paste over medium-high heat. Add bell peppers and mixed vegetables and reduce to medium heat.

Simmer for 5 minutes; then stir in stock or water, Maggi seasoning, bay leaves, paprika and thyme. Add the meat, reserved bacon and shrimp to the mixture. Cover and simmer for 20 minutes on low.

Add
3184shares
TFD uses cookies and we comply with GDPR so you control your personal info! If you continue on, we will assume you are happy with this, Citizen! OkNoRead more