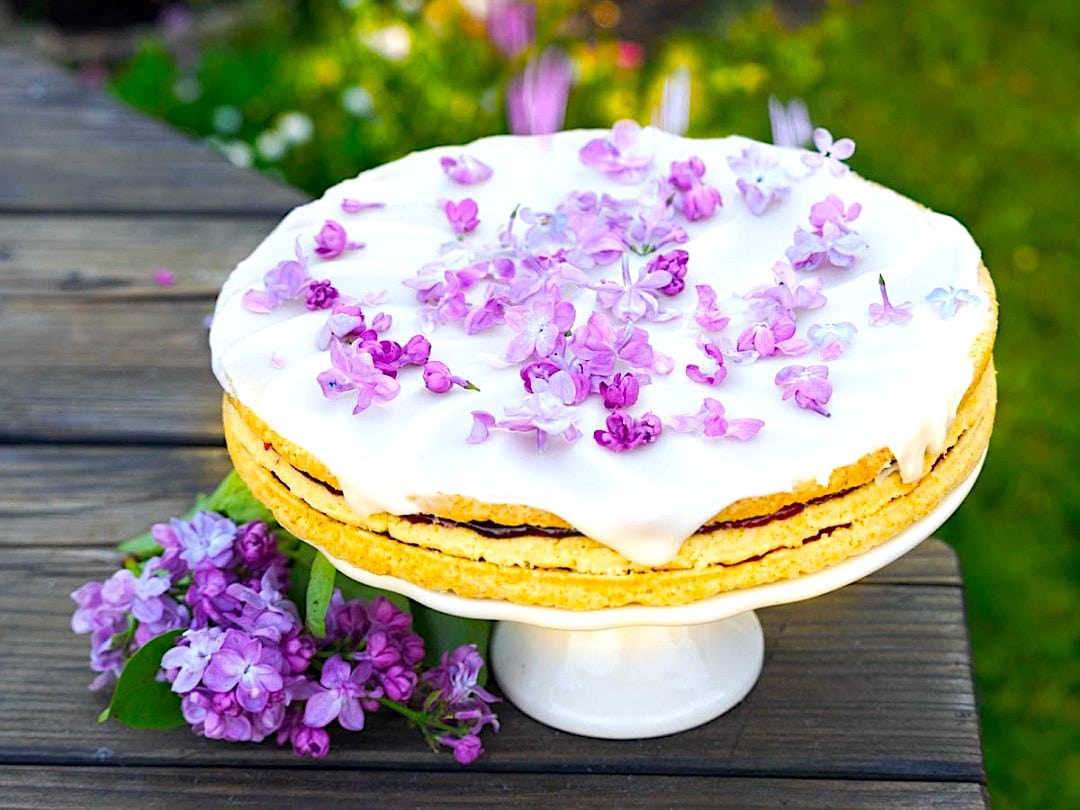 My Citizens, your beloved Leader – the awe-inspiring figure of legend who ALONE is TFD! – has known marital bliss for 9 years and 10 months now with a woman of unparalleled wisdom, love and beauty. Before this, my previous marriage was to my college girlfriend and we were together for many years before the relationship came to an abrupt and premature end.

That said, my ex and I are still on good terms and I learned only yesterday that she has a new boyfriend, a Latvian who is making her very happy and which correspondingly makes me happy as well.

As such, I shall honor them with a recipe straight from the Baltic country of Latvia and one that is famous throughout not just the immediate region, but even into Scandinavia and Germany! I speak of nothing less than the royal recipe known as Alexander’s Torte, named after one of the Russian Tsars who visited the region in the 19th century and still enjoyed to this very day! Why do I say ONE of the Tsars named Alexander without naming him specifically? Therein lies the tale, and tell it I shall!

Alexandertorte, also known as Alexander Torte or Aleksander Torte (Latvian: Aleksandra kūka, Aleksandra torte), is a dessert that was conceived to commemorate a visit of Tsar Alexander III in Riga, today’s capital of Latvia. However, there is a Finnish version of the dessert called Aleksanterinleivos in Finnish that commemorates Tsar Alexander I of Russia and has been produced since 1818. Despite the Finns being first with their recipe, today the dish is pretty much universally acknowledged as Latvian and it is considered their national dessert.

Consisting of iced pastry filled with fruit preserves or jam, it is traditionally eaten as a lunch or dinner dessert, but it can also be served at tea time. It should be made a day or so before it is planned to serve, because the icing must be hard before the torte is cut to avoid crumbling or ragged edges.

A similar dessert exists in Denmark and is known as hindbærsnitte while in the German language area, a torte of the same name exists that has almonds and wineberries as the main ingredients.

As noted with great culinary scholarship on garsigalatvija.lv:

The recipe has experienced many variations over the years. Most often mentioned are shortcrust pastry cakes made from butter, sugar and flour, filled with a thick, sour jam: raspberries, lingonberries, cranberries or blackcurrants. The surface of the cake is covered with icing mixed with lemon juice and icing sugar. Optionally, the cakes can be decorated with fruits, berries, edible flowers or candies.

They are often left unadorned, with a simple and elegant white glaze, allowing the red band of the jam to stand out. If the shortbread is baked round, then it is Alexander’s cake, and it can be decorated more luxuriously.

Both English encyclopedias, both Wikipedia and Wikiwand, refer to the fact that it is a cake belonging to Latvian cuisine, stating that it got its name in honor of the visit of the Russian Emperor Alexander III to Riga during his reign (he was the Russian Emperor from 1883 to 1894).

However, Alexander’s cake has been baked in Finland since at least the beginning of the 19th century. According to the information found, the cake was dedicated there to Alexander I, who is remembered for his victory over Napoleon’s army, and Finland gained autonomy during this period of history.

The Arch of Triumph remains in memory of this emperor in Riga. Latvia, Estonia and Finland were forcibly incorporated into the Russian Empire in the 19th century, so it was possible that cakes were baked in the territories in honor of the tsar’s visits. Finnish (Aleksanterinleivos) and Estonian (Aleksandrikook) Alexander cake glaze is usually colored pink or yellow with berry juice and decorated with white glaze or chocolate patterns, otherwise it is identical to the Latvian recipe.

In Finland, stories about the origin of Alexander’s cake indicate that the recipe came from the kitchen of the Russian emperor’s court, while there it was introduced by Western European hired chefs as a recipe from Switzerland. We managed to get to Switzerland with a small bend through Denmark. A similar raspberry cake called hindbærsnitten is also baked in Denmark. Danish scientist and historian Bi Skaarup has included this cake in a study of 130 Danish national dishes, 21 of which were Danish cakes eaten for at least 3 generations.

Raspberry slices have been baked in Denmark since the 18th century and are especially loved by the wonderful fairy-tale king Hans Christian Andersen, who went to enjoy them at the Brøndums Hotel in Skagen. In Denmark, even today, this cake is extremely popular, it is baked in many confectioneries.

From all the information found, it seems quite miraculous that the recipe for Alexander’s cake is attributed to Latvian cuisine. Such events could be envied by the world’s best marketers. We return to Latvia. In 19th and 20th century cookbooks, the recipe for Alexander’s cake is published with small variations. The proportions of butter, sugar and flour vary. In some places, the recipe involves whipping eggs and / or butter. Different types of jams are mentioned.

In the 19th century, such cakes in Latvia could only be afforded in the houses of nobles and wealthy townspeople; in the 20th century, since sugar became more accessible to people from different strata, baking cakes became more widespread. Alexander’s cake is also mentioned in the book “Mežvalde” by the Baltic German author Oskars Grosbergs, which describes – among other things – the manor’s preparations for the Midsummer celebrations.

If you can believe what is described in the book, Alexander’s cakes were baked in Latvia even before the reign of Alexander III. In that case, it is possible that the recipe came here earlier, and may still be related to Alexander I. Alexander cake, which began to be baked in Latvia in the 19th century, became very popular in the early 20th century. Its recipe was published in cookbooks, magazines and calendars, it was baked in many Latvian cuisines.

Along with the Baltic German and Latvian emigrants, before and after the Second World War, the recipe arrived in many places outside Latvia, where it was baked and served at anniversaries and gatherings. Perhaps it could explain that it is still published in so many places in the world with the reference “Latvian recipe”.

Citizens, this is not an especially difficult dessert to make but it does look like you labored for days in making it! My version of the recipe hews closely to the original, but with a few TFD-specific tweaks. These include adding a hint of the famous French raspberry liqueur Chambord to the jams for a more adult flavor profile as well as using Yogurt of Kefir in the cakes for a more tender crumb. Using candied violet petals, candied rose petals or seasonal berries on the icing is an elegant – but totally optional – touch. I also call for wild lingonberry jam as opposed to currant jam, but by all means do use currants if you so prefer!

This Latvian dessert deserves to be far better known outside of its region and my hope is that my baking-oriented Citizenry will gird their virtual culinary loins to impress friends and family alike with this historic confection! 🙂 Consider this as the conclusion to a great Latvian meal, enhanced with their famous black bread, of course! As to my ex-wife and the new man in her life – I wish you both every good fortune and a lifetime of happiness together!