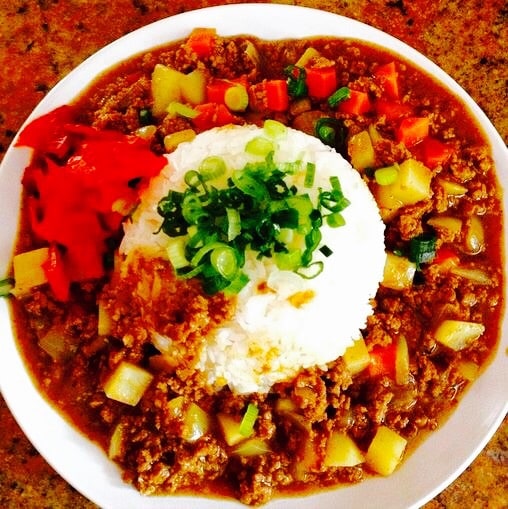 In honor of my Japanese friends, including Marcus, Andy, Eric and so many others – today’s TFD recipe celebrates the Japanese national dish of curry.

That’s right, you might have thought Sushi or Ramen, but it is this humble import that has been adopted wholeheartedly by the Japanese as an everyday dish! Japanese curry is unique – and delicious – and I will show you, , how to properly make it. 🙂

A wide variety of vegetables and meats are used to make the Japanese version (カレー karē) of this dish. The basic vegetables are onions, carrots, and potatoes. For the meat, beef, pork, and chicken are the most popular.

The dish was actually introduced to Japan during the Meiji era (1868–1912) by the British, at a time when India was under their administration.

As curry was introduced to Japan via English cuisine, it was originally considered to be a Western recipe. Western-style curry draws its influence from stews mixed with curry powder, which were popular among members of the British Navy. The Imperial Japanese Navy adopted curry from the Royal Navy, and now the Japan Maritime Self-Defense Force’s Friday menu is curry.

The dish became popular and available for purchase in supermarkets and restaurants in the late 1960s.

Japanese curry rice is served in anything from a flat plate to a soup bowl. The curry is poured over rice in any manner and amount. Japanese short grain rice, which is sticky and round, is preferred, rather than the medium grain variety used in Indian and Chinese dishes. It is usually eaten with a spoon, as opposed to chopsticks, because of the liquid nature of the dish, and is usually served garnished with pickled vegetables.

Japanese curry employs several unique spice blends and techniques – including both grated apple for sweetness and a touch of chocolate. Don’t scoff, it balances out the spiciness of the sauce and adds both color and richness. Unlike so many Japanese who eat their curries out of a pouch or box, mine is strictly homemade with top-quality beef stock, freshly-ground spices and tender beef.

Citizens – try my recipe which reigns supreme in the firmament of celestial flavor and you too will become a convert to the Japanese mindset! 🙂 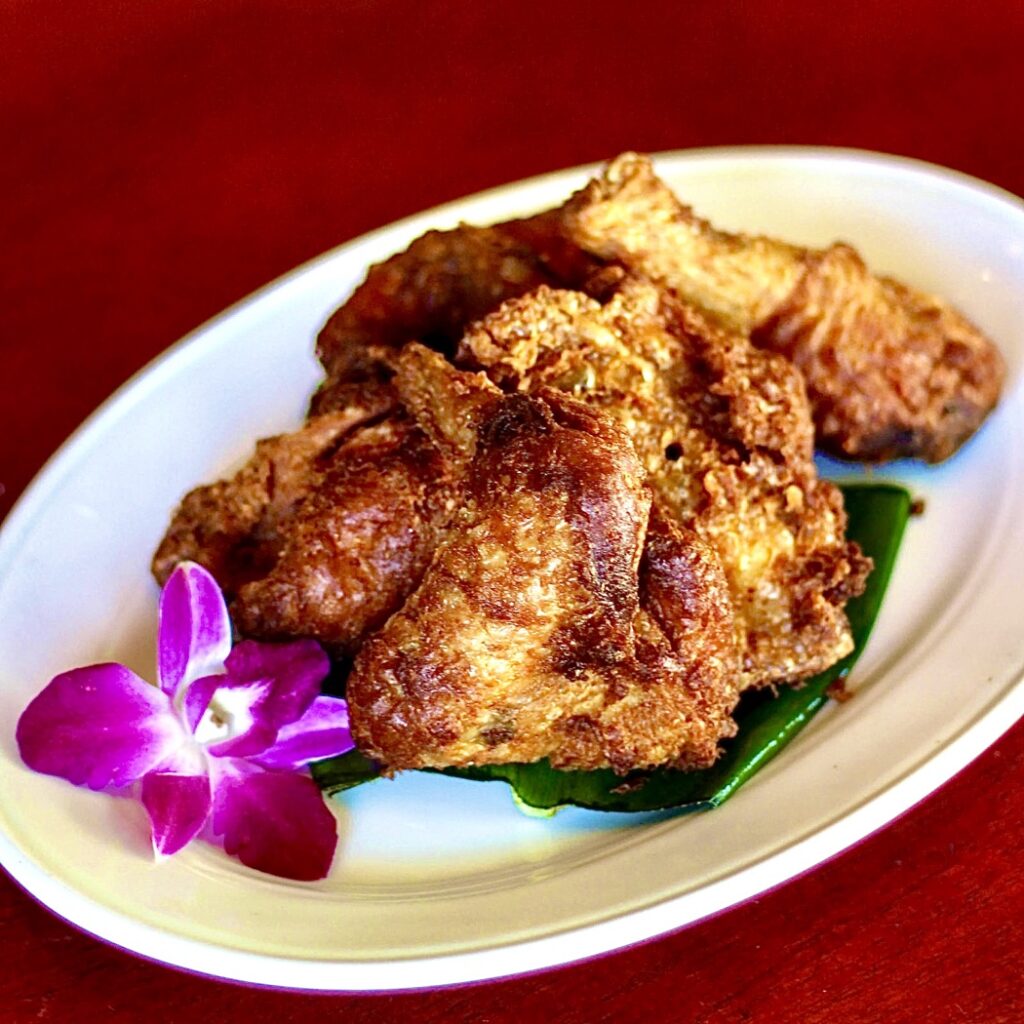 () My glorious Citizens! Unless you live in the Golden State of California, you might not be aware that there is a Gubernatorial recall election attempt shaking the halls of power in the state capital of Sacramento! Personally, TFD is weary of all things political after the last several years, but in a nod to…